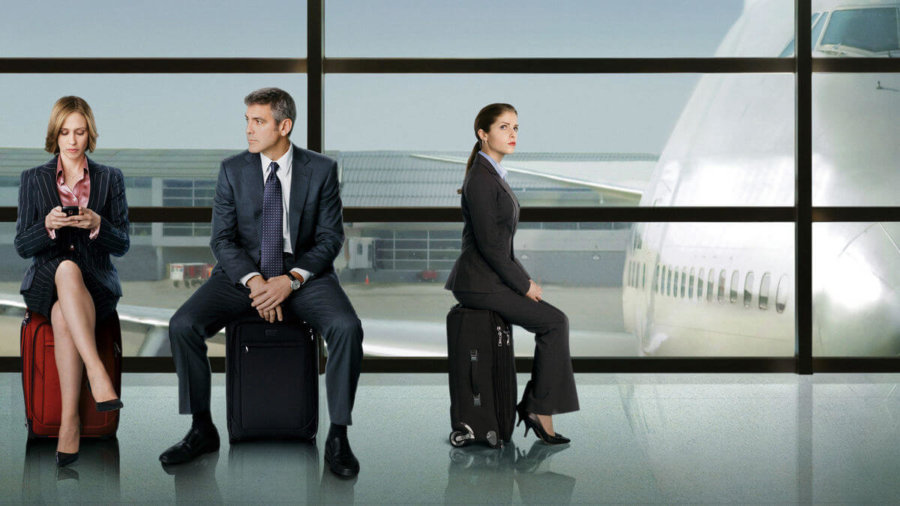 Many of us live in isolation from one another. We commute alone in our own cars, we entertain ourselves with television and computer screens, and shop for food and clothing in relative anonymity in sprawling shopping malls. Many of the well-heeled also keep a generator nearby in case of electrical failure in the grid, and three months of emergency food in the pantry. We want to be self-reliant, and often times do not even know who our neighbors are. We do not concern ourselves with a great deal that extends beyond our own wants and needs, avoid relational commitments like marriage, and prefer to avoid real live babies that grow up largely beyond our tight-gripped control. In order to protect personal autonomy, we have also bumped aside the influence of tradition.

But to live with this type of individualism or isolation is contrary to how human beings and their cultures have evolved, and is most certainly contrary to how the Judeo-Christian traditions, upon which much of our societies are based, understand the human person in relation to the good life. Our individualism is supported by legal concepts such as individual rights and freedoms, but these legal frameworks do not articulate what is actually happening now, and this is where the movie Up in the Air makes a mark.

The attempt at articulating the modern issue of supra-individualism occurs in the film with corporate traveler Ryan Bingham’s presentation, “What’s In Your Backpack?” The presentation, performed in front of other corporate travelers who live as much in hotels and airports as in homes with family, suggests that not only are a preponderance of things weighing us down, so too are many of our relationships. “Your relationships are the heaviest components in your life,” says Bingham, “all those negotiations and arguments and secrets and compromises. You don’t need to carry all that weight.” So it is that Bingham travels from one service desk to the next, in the airport, the hotel and the car rental kiosk. He is free of relationships, or so he likes to believe, that could possibly cause him concern of any type. Thanks to his membership cards and large number of loyalty points, Bingham is treated with preferred status and greeted with predictable greetings as he is whisked past line-ups and ushered to where he wants to be. As a corporate traveler who lives up in the air and on the road, he exists in a universe that bends for him, is always measured and predictable, and makes him feel special in an obviously superficial way. He plays by the rules of our technologically structured and centralized society, and thus is able to avoid the thunder of suffering or chaos, and conversely, the beauty of a sunrise, or a hand held for love and encouragement. Bingham’s life has been boiled down to clean efficiency, and pleasure.

Like many around him and before him, Bingham is espousing a modernist ideology that projects certain values and ideas onto the world. He desperately wants the world to not only bend for him physically, but culturally. He wants to change human nature. Why else would he do the backpack presentations in hotel conference centers? Bingham is not anxious to rescue anyone because he doesn’t portend to really care about anyone. The presentations are inspired by money, the opportunity for more travel, the pleasure of having his ego stroked, and to make everyone as spiritually and psychologically efficient as him. It is as though by converting enough people to this depersonalized and individualized form of engagement with one another, his own soul will be protected from something upsetting, like the grace of God. Misery loves company. Of course, at the end of the day reality trumps ideology or any other form of self-assertion onto people or Creation.

Although it has taken a substantial amount of time, the real world, or the grace of God, does eventually collide with Bingham’s life and “philosophy.” The first place this happens is in the office. His life of travel, where he works as a corporate downsizer by firing people across America, is threatened by even greater efficiency when a freshly graduated manager from Business School suggests people can be fired over the internet. Just how efficient and depersonalized can our culture grow? Are we actually becoming drones instead of people with a soul? Bingham is caught in a loop of his own design, and now he has been outflanked by the forces of dehumanization in the world. Bingham doesn’t want his lifestyle interrupted, so suddenly he finds himself arguing for the substantial nature of a human life, a life that needs to be honored. When corporations downsize, people should be terminated in person, not through a depersonalized computer terminal. The awkward position Bingham finds himself in is not lost on the viewer of the film. Clearly, he has begun to betray his own Backpack philosophy. It seems there are limits to technology and individualism. Human beings are not machines. We do have souls. Heavy with irony, the college grad will be dumped via text by her boyfriend, whom she followed to small town Omaha instead of pursuing her own career in the more appealing San Francisco.

Bingham comes to realize, like the people he fires, that he too has a soul. This realization comes the day he discovers he may be falling in love with his lover of convenience, Alex. She, like Bingham, dwells in the world of corporate travel with its perks and loyalty cards. Like Bingham, she is not sure where she’ll be flying next since the nature of her work keeps her in constant movement. Furthermore, Bingham is also still connected to a family in rural Wisconsin. A wedding is approaching on the calendar that he simply cannot avoid attending. This is another sure sign that the Backpack philosophy has a few holes in it. Bingham doesn’t want to be alone at the wedding, so he invites Alex to attend with him. Because of his extended absences from the family, at the wedding Bingham is confronted by a ritual that he has been largely excluded from. Suddenly, walking his sister the bride down the aisle becomes an action with a powerful tug on his soul. Further, he is confronted by the reality that human relationships have made the newlyweds rich in a way he is unsure of how to qualify. Confronted by staged photos of the couple across every state in America makes Bingham aware of the fact that his sister and fiancé have a very full backpack. They are not living anti-septic lives free of relationships, but just the opposite; they are connected to people from all over. Finally, by returning to his hometown Bingham is confronted by memory. He shows Alex his old high school, and a boyishness begins to appear in his behavior through the cracks already forming in his heart. Life is indeed more than airports and hotels, and people are more than drones who serve him as the loyalty card he carries prompts them to.

Because Bingham has now had it made clear to himself that he loves his little sister, he then engages in a knight’s errand by going to rescue her wedding. The groom has cold feet. The groom is confronted by the awesomeness of his own mortality, and suddenly life appears as meaningless. Bingham listens carefully to the soulful angst of the groom. What is the point? We go through these stages of life like marriage only to find ourselves old and dying. Why go through with what appears to be a charade? Clearly uncomfortable and searching for the right words in order to respond to the groom, Bingham comes across a small gem of wisdom. How do life’s most cherished memories occur? Are they shared events with people we love, or private and unshared moments that make us smile fondly at the beauty and goodness of life? After decades of moving alone, Bingham is beginning to realize that it is human connections like those he has been experiencing at the wedding that bring texture and depth to his experience. Love is not only a word.

With his soul now breaking open, Bingham takes a leap of faith outside of the predictable, and goes to surprise Alex in her hometown of Chicago. This is a fool’s errand. It is school boyish and naïve, but it is beautiful too because it is an act of love and an act of desperation inspired by the vacuum in his soul, a vacuum Bingham has become conscious of only because he found himself in the presence of love. Arriving in Chicago and discovering that Alex has a whole other life centered on a family with children, Bingham retreats back to the periphery. How could this be? He thought there was something special in his growing relationship with Alex. Alex, at least as it relates to Bingham, has realized the Backpack philosophy clearly. She asks Bingham, I thought we had an understanding? What you did visiting me was dangerous, she scolds him. That endangered my family. “You are an escape,” she tells Bingham, “you are a parentheses.” Alex has a method for escaping the drudgeries of creation—the affair.

Bingham is destroyed, and he has nowhere to turn. Back at the office, where the young college graduate has quit via fax, he is told he is going back up in the air. The depersonalized internet has its limitations in human relationships, even those involving the termination of employees. Once again Bingham will live without limitations. His boss is thrilled for him—this is what Bingham has always loved to do. Except that now Bingham in fact does have something heavy in his backpack. Despair has arisen, and it is heavier than any mortgage, or any complicated relationship with a lover or with children. His soul has been broken open but there is nothing for it to receive. Bingham has still not found the source of love that will nurture him. Rightly so, the film ends heavy with melancholy. He is still not cured of what ails him. The only hope for Bingham is that now at least he desires a cure for his soul.

Michael BuhlermoviesUp in the Air