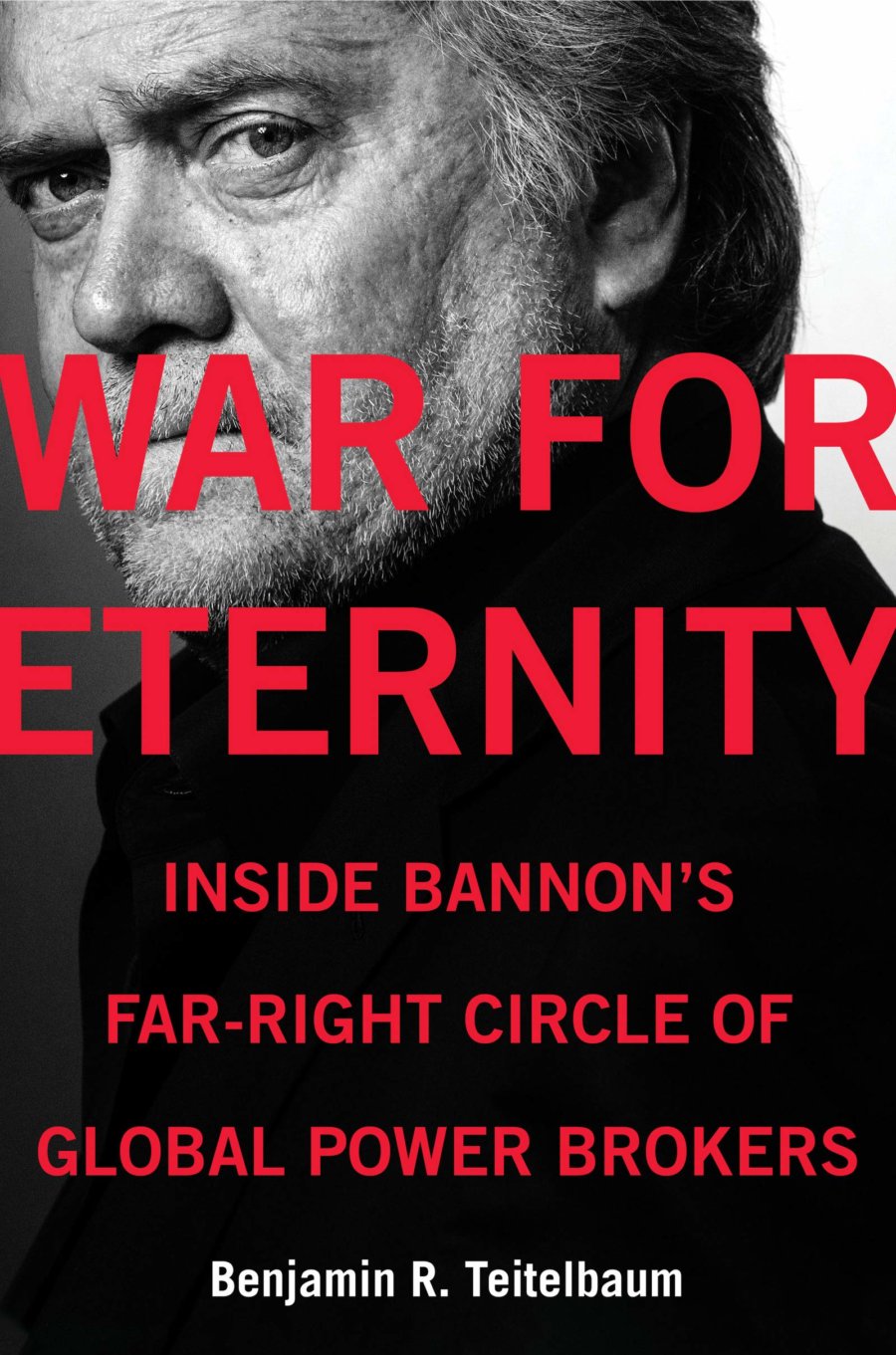 The New York Times revealed in January 2017 that then White House adviser and current political prisoner of the United States Postal Service Steve Bannon had dropped the name of the “deeply taboo” Italian magician and philosopher Julius Evola in a Skype speech at a Vatican conference in 2014. Since then, the obscure twentieth century intellectual movement known as Traditionalism has haunted and made suspect anyone attempting to reflect on the issue. All are obliged to condemn it flatly, or otherwise be identified as a potential subversive, sent Antifa death threats, subjected to a rolling harassment campaign, and blacklisted from all right-thinking media.

For this reason alone, the contribution of Benjamin Teitelbaum, a Boulder-based scholar of ethnomusicology, and the author of a well-received previous book on Scandinavian neo-nationalism, is to be welcomed as a major improvement. Opening like a reprise of Anne’s Rice novel Interview for a Vampire, with the assiduous author, having finally succeeded in pinning down his mercurial subject, asking him flatly in an expensive Manhattan hotel suite: “Are you a Traditionalist?” the book represents the first serious intellectual effort to investigate the influence of Traditionalism on the new global populism in the form of a highly readable work of commercial non-fiction.

Bannon in fact never directly answers the question, which is perhaps not even answerable, initially insisting instead that his interviewer turn off his tape recorder. But Teitelbaum is far too sophisticated to assume an inquisitorial stance. What he offers is an oblique portrait of Bannon the man and phenomenon, staged across meetings in five-star hotel suites, international embassies, and a barbecue joint in New Mexico, along with sketches of an international cast including infamous Russian philosopher, ideologue and geopolitical activist Alexander Dugin, influential Brazilian freelance philosopher Olavo de Carvalaho, and a naive Iranian-American ex-lecturer named Jason Jorjani, whose fateful involvement with a shadowy private intelligence outfit called Jellyfish represents both the strangest, and emptiest part of the book.

Unlike earlier efforts on this topic, Teitelbaum does a fair-minded job in covering the ideas of his subjects, and presenting the complexity of his topic, although his approach is not without reductive tendencies. But given the strictures of his various illocutionary conditions he must be applauded. He nimbly sidesteps conflating of Traditionalism with fascism, which has shadowed Traditionalism ever since the outrageous assertion of Planète journalists Jacques Bergier and Louis Pauwels in Le Matin des Magiciens that “Hitlerism is [Traditionalist founder] Guenon with tanks” (a claim which Bannon himself, strangely, in his Vatican Skype speech repeated). Teitelbaum also recognizes that controversial but fascinating Evola is a much more ambivalent figure than today’s widely-circulated malicious distortion. “Contrary to the messages they were hearing from organized white nationalism,” he remarks of the young right wing activists who set-up the forerunner to the New Right publisher Arktos, “Evola helped them see that the woes of the world were not the result of nonwhites and Jews.”

But it is the equally misunderstood and much-maligned Bannon who occupies the focal point of the book, and the figure to whom it contributes the most understanding. Beginning with a sepia-stained portrait of the handsome young Navy officer stealing into Hong Kong on shore leave to haunt the esoteric bookstores, Teitelbaum gradually draws-out the key features of Bannon’s political thinking as a blue collar American Traditionalist Populism anchored in the “rejection of modernity, the rejection of the Enlightenment, the rejection of materialism,” the understanding that “culture, true culture, is based upon immanence and transcendence” and the “total rejection of racism” based on a vision “of a brotherhood of the spirit.” Against the imperious elitism of Evola, the mystical detachment of Guénon, and the ferocious spirit of Dugin, Bannon sees these values embodied by the heartland American workers sold out for three decades by coastal neoliberalism, and now being decimated by a new opium war.

Disagree or agree, evidently the Right could do worse, while the Liberal left could do worse for an enemy. Ultimately, the importance of this book, and of Traditionalism in general, doesn’t consist in being partisan, but in recognizing its value as one side of a dialogue in which discussion is possible, as opposed to the fanatical monologue of a totalitarian Left.

The drama of War for Eternity culminates in the meeting of Bannon and Dugin in Rome only a few blocks from Evola’s former apartment, where Bannon solicits the Russian’s opinions of Heidegger before attempting to persuade him to join some kind of united global Traditionalist front. “We were born into nothingness, Mr. Bannon,” the Russian reflects. “And yet we each found our way to it,” Bannon responds. “The Tradition.”

There is no doubt something comic here. But the problem is real. In a world in which everything solid melts into air, the human desire for meaning surrenders to the worst possible parody as supercharged historical symbols, cynical politicking, sanctification of political violence, and endless pornography merge into a totalitarian cultism with no conception of mercy or of salvation. From the Traditionalist perspective what is important to recognize is that this situation is not accidental, or the result of an evil conspiracy, but the outcome of the contradictions of liberalism, which in reducing human existence to purely formal arrangements has fatally undermined its spiritual foundations. “We are talking about a maniacal regime,” Bannon tells Dugin. “A regime that wants everyone assimilated into one system… and to suck the humanity and the soul out of all us.” Bannon ostensibly is referring to China. But this regime is our own.

Daniel Miller is a writer and Surrealist. In 2017 he protested against the Antifa outside the London gallery LD50. He’s the author of "Dracula Rules the World and Mark Zuckerberg is His Son" ( Empresa Ibis, 2015).