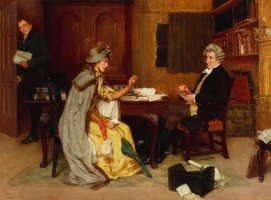 Americans’ attitudes toward lawyers and the legal system are filled with ironies. We complain that lawyers are money-grubbing sophists who win cases even when their clients are at fault. But when we get into trouble with the law or are threatened with legal action, most of us search for the “meanest” lawyer we can find—even when settlement might be best for everyone. We blame our legal system for letting the guilty go free and for making it impossible for honest people to go about their lives without fear of frivolous lawsuits. But we want our own lawyers to use every tool at their disposal to get us what we want. And when most of us learn about legal rules in other countries we are horrified and would do most anything to prevent importing those systems here.

The ironies disappear when we realize that our legal system is both far from perfect and a precious inheritance of rules and procedures that for centuries have protected us from the depredations of the rich and powerful—both inside government and out. Most countries’ legal systems are nothing like ours. For example, few legal systems rely on juries; even in our legal motherland of Great Britain juries have become all but extinct. And in most countries, criminal trials, at least, lack what we call the adversarial system.

If you are accused of a crime in Italy, France, or indeed most countries, you will not receive the kind of treatment you would expect in the United States. By international standards, Americans coddle the criminally accused. Then again, do we really want to give up our system’s essential, adversarial character, in which the prosecution and the defense—or the party suing and defending against suit in a civil case—each have their own attorneys who argue in front of a neutral judge? Do we want to leave ourselves without attorneys who are trained to craft their arguments and present their evidence in a manner intended to put the law and the facts in the light most favorable to their clients so as to convince a jury? Would Americans feel more secure in their homes and their rights if our judges were to serve as inquisitors (indeed, in a system called “inquisitorial”) seeking the truth primarily through their own efforts, with lawyers on either side relegated to answering questions and raising the occasional objection?

None of this is to say that “civil law” inquisitorial systems are fundamentally unjust, or cannot work for many nations and cultures. What is more, our “adversarial” system requires a set of virtues, including independence, commitment to truth, and a sense of honor that discourages various forms of cheating, that seem to be waning even among Americans. Trials, let alone jury trials, are becoming increasingly uncommon here because they are considered too inefficient and time-consuming. So now the pressure is to “settle” or “plea bargain” everything. Alas, this trend undermines legal rights and is itself part of a cycle of decreasing trust in American culture—decreasing trust in one another and decreasing trust in the law itself as a neutral arbiter of reasonable conduct. Instead, Americans increasingly rely on finding the best lawyer to help them “win” regardless of the facts; and such a system inevitably favors the rich and powerful, who can afford the best attorneys. The exceptions? Some few plaintiffs’ attorneys who themselves manipulate the legal system to maximize their own rewards while only occasionally helping clients win what has come to be called “the litigation lottery.”

It would seem that the central problem, here, is not the adversarial system, but the adversarial ethic. Our adversarial system is run according to a set of behavioral norms built on the assumption that justice is best served by letting lawyers “have it out” within the legal system, like gladiators in the arena. This flawed ethic has been used to justify increasingly uncivil conduct and contempt for customs (e.g. allowing short extensions of deadlines when personal issues come up, but not abusing such courtesy for undue delay) that once made the system work. Moreover, now that every procedure of litigation is seen as a potential source of tactical advantage, the process is far more expensive for everyone, all while the pursuit of truth is actually undermined through often-intentional obfuscation.

To work, the adversarial system requires that lawyers be partisans—people who support their own clients’ interests and will do whatever they can within the letter and spirit of the law to present facts and laws in the light most favorable to those clients. We must have lawyers who are loyal to their clients because otherwise they will be “bought off” with money and positions wealthier and more powerful opposing counsel might offer in order to gain legal advantages. But lawyers also must be loyal to the communities in which they live, and to the legal system that protects us all from unchecked power. And that means they must accept the necessity of clear rules that apply to everyone—including their own clients. Too often in our era of “living” constitutions, legal activism, and the deadly notion that law is whatever the judges and lawyers make of it, the rules are bent beyond recognition in the interests of achieving some short-term legal victory. The result is a loss of clarity that puts truth and justice beyond reach.

Of course, we cannot achieve true justice, or even discover every aspect of “the whole truth” in this life. But any legal system rests on the understanding that justice, in court, means vindicating the reasonable expectations of the parties. That is, the job of a court is to find what each party had a right to expect, given the specific facts of a case (who did what, when, and to whom) and the law then existing. It is this second element that has been most called into question by various forms of corruption within the legal profession, including the legal academy, the bench, and the bar.

With their roots in a nihilistic movement termed “legal realism,” the dominant ideologues of the legal academy for decades have sought to undermine and overturn our legal structures in the name of various formulations of egalitarianism, whether Marxist or multicultural. The goals differ, as does the level of sincerity of the academics and activists (some are religious antinomians). But the message remains the same: The American legal system is fundamentally unjust and must be changed through legal action. And that legal action must take place, not just in the legislature (where public opinion stymies attempts at revolution) but within the adversarial system itself.

This stratagem makes activist lawyers feel good about themselves. It also is quite effective at undermining our legal system by rendering its rules opaque and ever-changing. Finally, it de-legitimizes the system in a manner and to an extent left-wing diatribes, with their dubious economic and psychological claims to “victimhood” for various groups, cannot possibly achieve. The result will not be the progressive paradise, of course, for no such paradise is possible. But the interests of “capitalist” classes certainly are undermined, along with the interests of average, normal people in stability, order, and the rule of law.

The slow disintegration of our legal system will continue apace until and unless judges, in particular, cease acting as if the legal system they serve either does not need or does not deserve their active support. The failure to impose meaningful sanctions on attorneys who abuse claims to an adversarial ethic to rend law and legal process asunder itself should be grounds for removal from the bench. As to the legal academy, for too long elite institutions in particular have been able to indoctrinate budding lawyers into an ideology of opposition to law itself while retaining their power and prestige. Only massive revulsion embodied in sanctions on nihilistic lawyering, refusal by corporate clients to hire ideologues, and a determination to re-entrench fundamental professional norms within law firms themselves will make a return to legal sanity possible. Justice in our system requires that lawyers take up adversarial roles toward one another—and potentially, at times, toward the state. But to be an adversary of the law is not to be a lawyer; it is to be a mere ideologue, seeking power through illegitimate means.

This was originally published with the same title in The Imaginative Conservative on March 20, 2017.

Is the Media the Enemy of the People?

The Enduring Nature of Scholasticism

Is Miss Brill an Eremofetishist?