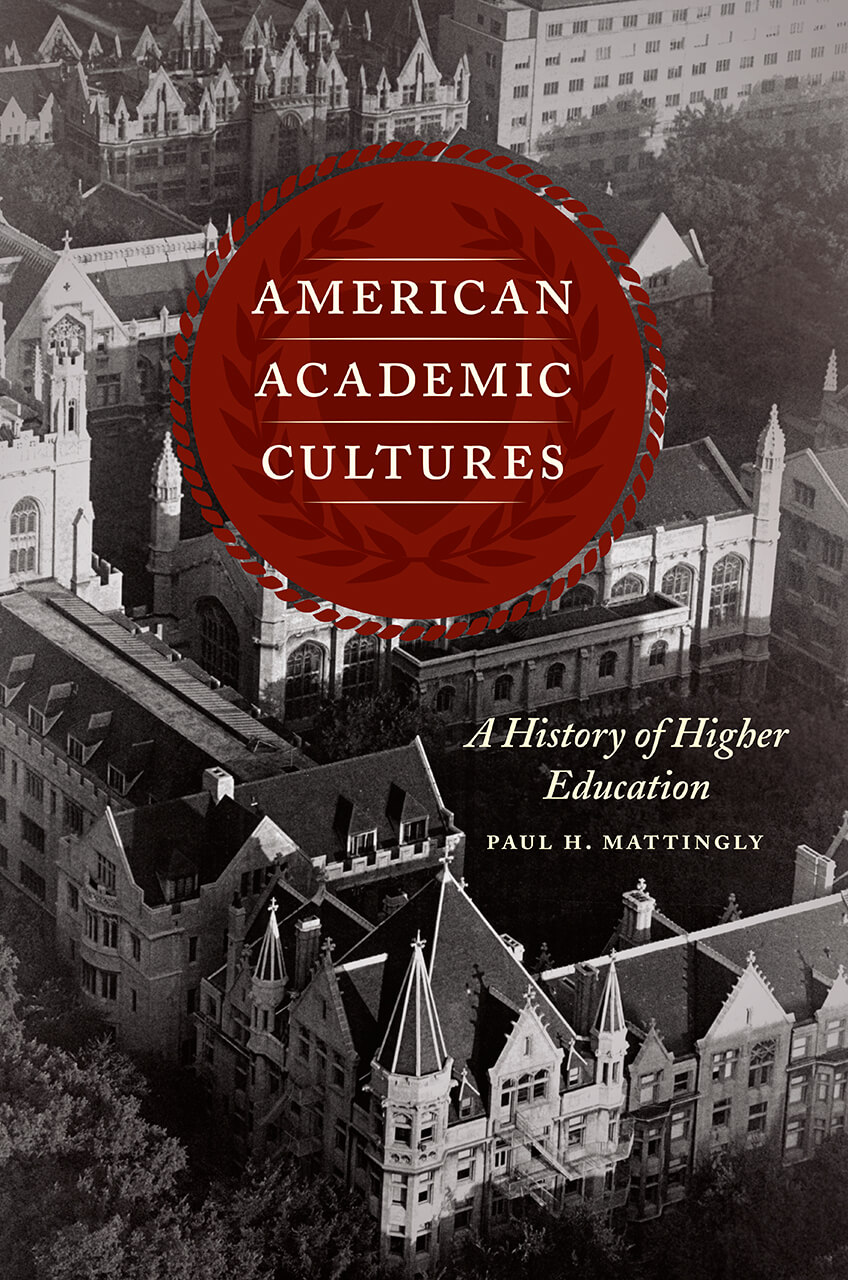 With higher education in America being scrutinized once again, a reflection upon its history can provide context and lessons. In American Academic Culture, Paul H. Mattingly classifies American higher education into seven different and varied generational cultures with an examination of the intellectual debates and rationales in each period. While Mattingly recognizes that was never one American culture in higher education, there existed influential ideas that gained special educational power and shaped a culture for a specific generation.

The seven generational cultures are 1) evangelical; 2) Jeffersonian; 3) republican and nondenominational; 4) industrially driven postgraduate and professional organizations; 5) progressive, urban-driven pragmatism with a substantive liberal arts and teaching countercurrent; 6) international academic discourse that critiques America’s pragmatic approach; and 7) a federally driven set of initiatives that both activated pro and anti-pragmatic stances and yielding a corporate model that compromised the university’s once cherished research and teaching independence.

In the evangelical period, colleges believed that their indoctrinating message benefited society at large, which held true if a single demonization prevailed in a region. But when other denominations appeared so did other ideas of social goods. During the Great Awakening in the eighteenth century, every denomination created their own college in New England and the Middle Colonies. Mattingly follows the career of Reverend Thomas Clap (1703-67) at Yale College and his students as an example of colleges’ mission during this period as one of religious conversion and intellectual training for civic behavior and political leadership.

In the southern colonies, the patrician hierarchy created colleges that sought to thwart denominational indoctrination. After failing to reform his alma mater, William and Mary College, Thomas Jefferson created a new paradigm in the University of Virginia: a publicly supported school that was grounded in Enlightenment values. While part of the evangelical culture, the University of Virginia provided a distinctive cultural outlook than its denominational peers that it was seen as an alternative paradigm in American higher education.

By the early nineteenth century, evangelical colleges of all denominations gave way to a republican and nondenominational culture. In post-revolutionary America, the purpose was to forge a moral character suitable for democratic citizenship. This gave rise to nondenominational colleges with denominational origins so they could reach out to a larger, heterogenous public to create a cohesive citizen. Mattingly selects Dartmouth College and the 1828 Yale Report as examples of how colleges explain to their several constituencies how their religious founding would survive in a pluralist world via. republican values.

After the Civil War, science replaced moral character for the mission of colleges. By the end of the nineteenth century colleges, especially land-grant colleges, had added a professional layer of instruction, which in turn required financial investments, usually from philanthropists. For the first time, colleges expressed themselves as a distinct space in society, the “campus,” with its own layers of organization to serve a large and industrialized public. For Mattingly, Charles Eliot at Harvard was the “generic university” that embodied this new bundle of bureaucracy, money, and professional teaching in the late nineteenth century.

Also during the late nineteenth and early twentieth century, the rise of cities, the education of women, and progressive activism affected the culture of colleges. To reach these demographically different groups, colleges concentrate on particular departments and schools as well as adult programs, training institutes, after-hour classes, and extracurricular lectures so they could be a resource for a larger democratic public. Colleges adopted a pragmatic ideology which emphasized scientific inquiry and research and particularly flourished during the interwar period when an alliance was made between federal and state governments.

However, this emphasis on scientific research lead to a countercurrent of liberal arts instruction in denominational-founded colleges. The influx of German Jewish scholars fleeing Nazism who found work in small colleges and midwestern state universities further contributed to this countercurrent movement. As their work moved into the American academic mainstream and created an influential culture of their own, these scholars critique the pragmatic ideology that prevailed American universities and provided a counterweight culture of liberal arts education.

The post-World War II period ushered in the final generational culture for Mattingly when the preferences of the federal government and private corporation for applied scientific research influenced the governance and nature of American colleges. This drove the growth of technical, engineering, and scientific departments at colleges and the creation of government and corporate institutes on campus. The result was an influx of finances and expertise but at the expense of the college’s independence in research and teaching.

American Academic Cultures is a fascinating and informative account of American higher education. It makes one wonder what the future character of academic culture will be with continual decline in government funding, increase in online technology adoption, and the persistent growth in administrative staff. By reviewing what has transpired in the past, American Academic Cultures provides us a glimpse forward of what may – and could – lie ahead.