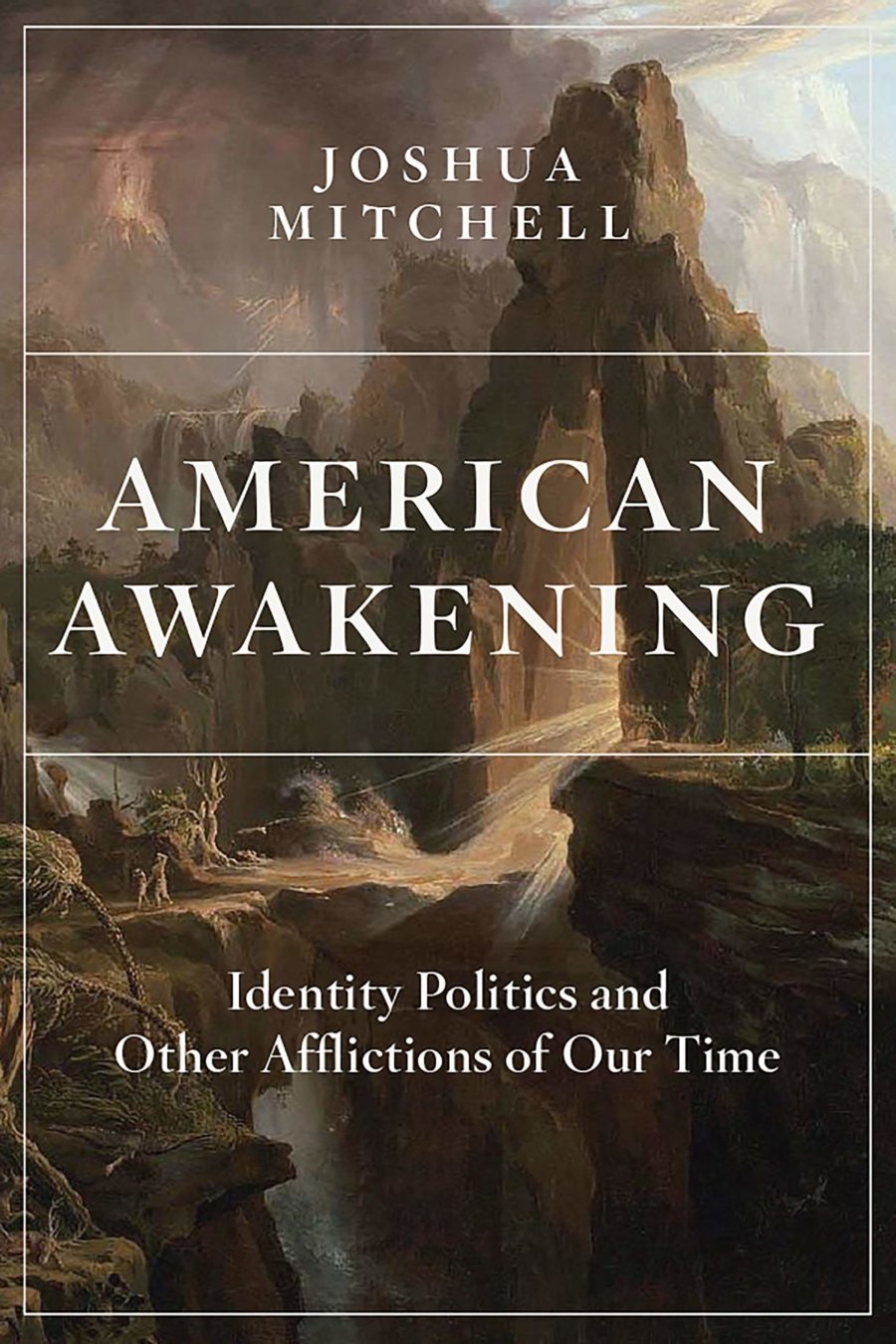 While the United States has enjoyed material prosperity, its “invisible economy,” the economy of the soul, has been suffering from impoverishment. Joshua Mitchell’s American Awakening diagnoses this spiritual economy as afflicted with identity politics, bipolarity, and addiction.

These ailments are contrasted with what Mitchell calls the politics of liberal competence: the virtues required for a modest, middle-class commercial regime attentive to well-being in which the people are sovereign.

According to Mitchell, liberal citizens pursues their own self-interest and are skeptical of abstract, far-reaching schemes. They instead favor the plurality of human associations that actually exist in society. The cultivation and protection of civil society – and of particular face-to-face associations – provides not only existential meaning but the requisite social capital for liberal citizens to practice self-governance. The result is a competence where democracy, stability, and tolerance are prized and pursued by its citizens.

However, liberal citizens fail to know themselves and their fellow citizens because, as Tocqueville had pointed out, democracy flattens citizens’ souls as equal and homogenous units. The preoccupation of material wealth and the transient nature of democratic society itself provides no fixed spiritual reference point for liberal citizens. Christianity traditionally has played this role. But with the decline of mainline Protestantism, the rise in the belief of the end-of-history, the demographic sorting out of the country into “digital” and “analog” regions, and the growth of the administrative state had created conditions were identity politics has supplanted the Christian account of transgression and innocence.

The attraction of identity politics is the longing for justice in a broken world, particularly to redeem the scar of slavery and discrimination against various minorities in America. The Democratic Party has positioned itself as a broker of identity of politics, assigning innocence to minority groups and virtue-signaling whites and transgression to those who disagree with them. The Republican Party has failed to provide a coherent response to identity politics, allowing fringe movements like the Alt-Right with its Nietzschean belief to end group scapegoating altogether enter into the political mainstream.

For Mitchell, identity politics ultimately is a dead-end not only because groups are artificial (e.g., who counts as a Hispanic?) but, more importantly, transgression can never be erased because it is part of original sin. The promise of identity politics to erase original sin will never be realized because once whites have been reeducated another group will labeled as the new transgressor ad infinitum. Only the Christian account that original sin can be atoned but never erased will provide the spiritual nourishment that liberal citizens need.

Mitchell also examines bipolarity and addiction as aliments that afflict America. Addiction is when the supplement becomes the substitute: when basic competence is outsourced to other entities to manage, whether it is consuming bottled water and fast-food instead of using our tap water and cooking our own meals or to engage people around the world through social media only to feel lonelier. Instead of learning how to do things in the analog world, liberal citizens rely on the digital to navigate their lives. In this management society liberal citizens have become small and insignificant, renouncing their liberty to forces of globalization where borders no longer exist, business care about the world but not their country, and the administrative state grows unchecked. In such a world, liberal citizens become bipolar in that, on the one hand, they feel they are greater than gods in being able to connect with anyone in the world (e.g., Mitchell’s “selfie man”), while, on the other hand, they feel they are smaller than ants in not being able to control anything around them. Thus, they see the supplement as the substitute in order to give meaning to their lives.

Mitchell concludes with three pillars of renewal for society: policies to grow a middle class that is not defined exclusively by the market, a serious examination of the legacy of slavery and how to address wound in both word and action, and a foreign policy that rejects universalism and instead accepts the limits of American power in order to protect democracy at home. These endeavors require patience and are never ending, for there is no terminus or end of history. All we can do is the work before us in the hope that is may be carried on to the next generation.

American Awakening is an important and timely that acutely diagnoses the ailments that afflict America today and offers remedies that may eventually lead to a cure. The one aspect of the book that I wish Mitchell would have devoted more time to is why did mainline Protestantism decline so precipitously in America in the second half of the twentieth century? I also would be interested in listening to Mitchell’s thoughts about whether an “analog world” can sustain itself with a “digital” one or are the two never to meet? Is it possible for an independent LP store to survive in this world of digital music; and if so, how would it do it? But these questions are only prompted by an admiration of the achievement that American Awakening is, a testament of our own times and a possible path for our future.