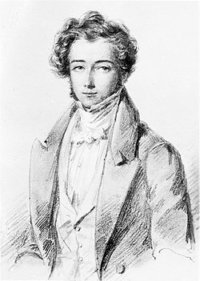 Plenty of liberals—and not just liberal professors—think there is a conservative conspiracy to use online education and MOOCs, to destroy genuinely higher education in this country. I see no organized conspiracy, and much of the liberal paranoia amounts to whining about the results of legitimate political defeats. Nonetheless, there is something to the thought that hostility to higher education as it now exists in our country is growing, and opposition to political liberals has gotten mixed up with hostility to “liberal education.”

Conservatives (such as me) agree with many libertarians in not thinking much of the way the humanities are often (although not always) taught in our country. Respect for texts is replaced by trendy theory; the open-mindedness of philosophy is replaced by strident ideology; disciplined reflection is replaced by angry activis; the guidance of tradition is replaced by the relentless liberation from oppression. And there’s more: the search for God and the good are replaced by dogmatic relativism; scientific inquiry (and an appreciation of its limits in grasping the whole truth about who we are) is replaced by scientism (or a proper appreciation of scientific truth is replaced by blather about Western logocentrism); and human dignity is replaced by the class-based struggle for self-esteem and power of identity politics. To the extent that liberal education becomes captured by a conventionally liberal or “radical” political agenda it becomes vulnerable, with good reason, to criticism by those who have a different, but not necessarily less reasonable or “liberal” in the precise sense, political agenda.

Having said all that, it remains the case that when we conservatives read about libertarian think-tanks that are concerned with the affordability and productivity of higher education, we fear that those two concerns are their only educational goals. Republican governors in southern states, such as Texas, are all focused on delivering students degrees at the lowest possible cost. And they want to apportion education resources according to the single standard of salaries offered to graduates, aiming to starve not only “gender studies” but philosophy majors and professors. For some of our most libertarian governors, the disruptive thought is that our colleges should become discount job-training centers. That means, of course, most of the requisite skills and competencies can be more efficiently acquired online. And the “conversational” and bookish romance of liberal education does little more than support unproductive illusions that generate an inefficient use of resources. Those self-indulgent illusions, our libertarians believe, are a main cause of the outrageously unsustainable higher-education “bubble.”

From the perspective of us conservatives, the exclusively middle-class perspective that generates too single-minded a concern with affordability and productivity is hostile to genuinely higher education as such. We conservatives, of course, are especially moved by Alexis de Tocqueville’s Democracy in America, the best book ever written on democracy and the best book ever written on America. Tocqueville observed that America is a pretty much exclusively middle-class country, and that “middling” orientation affects every feature of American lives. One result, he claims, is that he couldn’t find any higher education in America.

That means that everyone is interested in education to secure the skills and competencies required to flourish in the competitive world of work. So, Tocqueville marveled, literacy is more or less universal in America. And we conservatives don’t deny for a moment the justice of this practical orientation; everyone really does have the personal responsibility to work effectively to secure himself and his (or her) family. So we agree with the libertarians that we should be concerned when our educational system fails to help people acquire the skills they need to find a productive place in the competitive marketplace that is a free economy.

But, for Tocqueville, that middle-class vocational education shouldn’t be confused with higher education.  Higher education is for those who are more than beings with interests. It is for those who are restlessly impelled to know the truth about who we are and what we’re supposed to do as beings with souls. So for us conservatives the big downside of democracy is, as Tocqueville says, metaphysics and theology–and art, literature, and theoretical physics–lose ground to the pervasive techno-orientation of democratic life. Our problem with democratic education and democratic language is that understand us as less than they really are.

What Doesn’t Hold Up Today

When I teach Tocqueville, I ask students what parts of his descriptions of American life just don’t hold up that well today. They point, of course, to his praise of the exemplary chastity of the American woman, as well as the close American connection between love and the almost unbreakable bond of marriage. They also say that he was very wrong on the absence of higher education in America. Look at how many of our young people are in college today! But it not so hard for me to point out that what we call college Tocqueville would call training in the competencies required to flourish in the middle-class world of work. I can even add that what there is of liberal or higher education is in America is withering away. Look at what’s happened to our “general education” programs! The number of students choosing “traditional” majors in the arts and sciences continues to drop steadily. Also dropping steadily is the number of residential colleges proudly displaying the “liberal arts brand.” And some of those who are keeping the “brand” (or the brochure and website) are dispensing with the liberal arts substance.

So it’s actually easy to convince students that most of what goes on in our colleges and universities isn’t higher education. If it’s about textbooks, PowerPoint, online this or that, MOOCs, multiple-choice texts, and assessable competencies, it isn’t higher education. And we think that our libertarians, in their laudable efforts to secure the skills and competencies against political correctness and ideological self-indulgence, are ready to scuttle properly higher education as luxury we just can’t afford anymore. Even worse, they sometimes suggest that philosophy, literature, theology and so forth are just preferences or hobbies that students shouldn’t be scammed into paying big bucks for.

So we conservatives think of the countercultural agenda of higher education as an indispensable correction to the reductionist excesses that accompany thinking of ourselves as too exclusively a middle-class people. Countercultural doesn’t mean, of course, some variant of Sixties’ self-indulgence. It means, among other things, orthodox theology and Socratic philosophy. It has to do with kinds of disciplines that you can’t pick up “on the street” in a free and democratic country. A worthwhile human life, it’s true, is rarely complete without the satisfactions of meaningful and productive work. But it’s also true, as Allan Bloom reminded us, that each is meant to be more than a clever, competent specialist. To be human, to live “in the truth” about who we are and what we’re supposed to do, is most of all to live well, to live responsibly in love and with death.

So one obvious difference between conservative and libertarian descriptions of our colleges is that we conservatives say they’ve become too vocational or too exclusively middle class. But the libertarians say that they’re not vocational enough. There’s truth to both criticisms. Too much of what goes on is neither vocational education nor higher education. We could dwell here over gender studies and various other “studies” majors. And I’ve already mentioned the various trendy and self-indulgent innovations throughout the social sciences and humanities. I could even add how worthless the business major has become—not enough math and careful writing and too much pseudo-psychology and “working in teams”—as a way of preparing for being an entrepreneur or a corporate leader. Don’t get me started on “service learning” and “civic engagement” as ways of giving college credit for being charitable or being an indignant activist.

Having said all that, we conservatives still say, on balance, that the middle-class, “vocational” impetus is stronger than ever and stronger than it need be. And so we defend genuinely liberal or higher education as having a place—even if not the dominant place—in our colleges.

This was originally published with the same title in The Imaginative Conservative on May 9, 2013.

Learning Wisdom in the Midst of Reversals