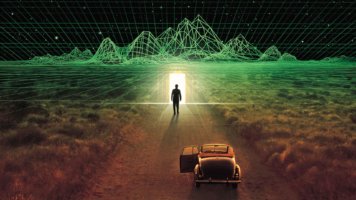 In this digital age of polarized politics, where can we look for guidance on how to turn down the heat? After all, we don’t want to blow ourselves up. Fortunately, although the imperative to use our most powerful weapons could be a catalyst for our own destruction, we also have alternative technological tools. These alternative tools are more than capable of smashing swords into plowshares. These tools are quite simply “the media.” And they are our best hope for a worldwide free press, as long as we don’t use them to decapitate ourselves first.

Marshall McLuhan first drew our attention to the nature of “the media” with his classic book, Understanding Media (1964). We can learn from him that we should resist the temptation to demonize “the media,” as if it were something other than ourselves. Everyone with a smartphone is now plugged into a global network and, by that very fact, is more than capable of amplifying and extending their consciousness. In short, in this new digital age, we ourselves are the media.

Therefore, for anyone to hold “the media” in contempt—for example, over “fake news”—is nothing but a bizarre form of self-loathing. It is a very peculiar form of technological denial and postmodern self-hatred that authoritarian political types will be able to exploit to their advantage. Unless we wise up and realize that the media can only be as “fake” or authentic as our very own selves, we will be the dupes of every would-be twenty-first-century tyrant.

Douglas Rushkoff, the author of Throwing Rocks at the Google Bus, is an intelligent commentator on Marshall McLuhan’s notion of a “global village,” namely, that new “global theater” created by electric technology in which we cannot escape being self-spectators and spectators of everyone else at the same time. Mr. Rushkoff has observed how the television age epitomized the sort of inclusive global environment in which we see each other connected; for example, as we unite as spectators for a live international event on television.

But Mr. Rushkoff has also observed how our digital technologies are now so powerful that we are equally capable of creating an exclusionary and xenophobic global environment-friendly only to nationalisms, borders, and wars. The digital technologies that, at their root, are nothing more than binary “ones” and “zeroes”, are so powerful that they can also reshape us, on the macro level, in their own image, but only as long as we remain oblivious to their binary material nature.

To tweet or not to tweet? Today, that is the most pressing question. Perhaps one does it simply because of the intoxicating sense of technological power experienced in the digital act of instant self-magnification. But a reflexive impulse to tweet can end up reshaping the world around us, despite our intentions, into binary divisions. Either you agree or disagree. Either you like or dislike. Either you retweet or you don’t. In short, the digital power to magnify polarization is enormous, most especially if we act on this power without any sense of inner restraint or moderation. The people who are able to win elections today, whether they realize it or not, are the beneficiaries of this enhanced technological power to dramatize and portray differences and divisions in the body politic.

This hyperbolic digital myth is what everyone’s political consciousness is invited to go surfing on. It doesn’t matter so much who the heroes or villains are in this digital narrative. Opportunistic politicians can easily cast the villains, as either “immigrants,” or “elites,” or any other poll-tested or meme-selected target, whenever the opportunity arises to exploit people’s deepest fears. Nevertheless, the “zeroes” and “ones” of the new technologies will thereby refashion their users into their own digital image as “winners” or “losers,” depending on where we fit into the digital swamp’s currently dominant narrative of “light” or “dark.”

The best way to respond thoughtfully to the technological temptations of polarization, whether the polarization is unthinkingly generated or malevolently deployed, is to go soberly in search of truth. This is the only real alternative to the fact that we are now living complacently in a virtual world of digitally-created myths.

After what Kellyanne Conway has called an “elite rejection election,” we have Donald Trump in the White House, who rode in there on an Internet-enabled wave of resentment and disaffection with the economic costs of technology’s initial “globalism.” The best way to make the most of this highly ambiguous situation is to be more thoughtful about where light and darkness come from in the digital age. We can then cast our lot in with the real light source, rather than succumb to the dark forces of polarized division. For darkness in our age is the mimetic undifferentiation of everybody screaming into the void at digitally-created enemies.

But the media also are the bearers of great promise. The media are a diverse array of technologies that have light as their foundation. In Chapter 5 of Understanding Media, “Hybrid Energy: Les Liaisons Dangereuses,” McLuhan described how new media forms use old media forms as their content. This is a dangerous aspect of technology that will always generate violence and conflict, but it doesn’t have to. For if we become aware of the ambivalent promise of hybrid media, our culture and politics need not become victims and casualties of the inevitable media warfare. We can defeat the darkness with media light.

For example, a television program in our age is an old form. Once upon a time, television stood alone. But now it becomes content on the smartphone; in other words, the smartphone is the new media form, and the old form is now assimilated and downgraded to being contained by it, as the new content.

An old form becomes new content on the phone, as the name “phone” itself illustrates: We scarcely have the vocabulary to describe what the new media hybrid is, and so we call the thing a “phone,” as if that is its prime form. In truth, “phoning” is a type of content subsumed under the new form of a digital handheld medium of personal power projection.

McLuhan reveals that light is the paradigmatic media form at the basis of all other media forms as their deepest content. Light is “the key to the form of the power that is in all media to reshape any lives they touch,” because it is itself this purest of forms. As such, we can understand the form of all other media by way of analogy to the pure power of light. McLuhan writes:

“The electric light ended the regime of night and day, of indoors and out-of-doors. But it is when the light encounters already existing patterns of human organization that the hybrid energy is released. Cars can travel all night, ball players can play all night, and windows can be left out of buildings. In a word, the message of the electric light is total change. It is pure information without any content to restrict its transforming and informing power.”

In other words, all media come in pairs of form and content, which obscures the operations of the reciprocal forms. The only asymmetrical exception is light, which is pure form. We are able to perceive this root truth at the bottom of the digital divides created by the witless human use of technology in our current age: “light” or “darkness” is the optical root of “one” or “zero,” “winning” or “losing.”

The amplification of this root truth may be seen as the new hybrid forms manifest themselves in the ongoing warfare between various media forms, old and new. McLuhan identifies the opportunity in such a new historical situation, like the latest situation of Internet trolls versus old-school television networks: “The hybrid or the meeting of two media is a moment of truth and revelation from which new form is born.”

Today the truth is that we need a free press enabled by all the forces of light we possess. But this new “media” can only be as “fake” as we ourselves choose to be. As Alexander Solzhenitsyn reminded us, “the line dividing good and evil cuts through the heart of every human being. And who is willing to destroy a piece of his own heart?”

So don’t hate the media. To do so is to lacerate your own heart.

We are the media. So resist the darkness within by choosing to let light shine.

This was originally published with the same title in The Imaginative Conservative on February 18, 2017.

Taking a Chance on Love

The Enduring Nature of Scholasticism