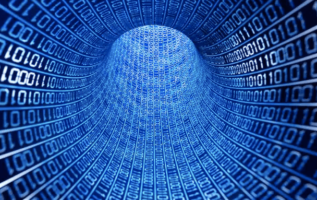 “I’d willingly start my next novel—about a small town—right now, but I need the diversion of a play.”
—John O’Hara, The New York Times Book Review (Nov 27, 1955)

“For most of our lifetime civil war has been raging in the world of art and entertainment…. Moving pictures, gramophone records, radio, talking pictures.”
— Donald McWhinnie

In Chapter 5 of Understanding Media (1964), “Hybrid Energy: Les Liaisons Dangereuses,” Marshall McLuhan describes how our most common—yet most frequently unacknowledged—experience of media technology is of its hybrid forms.

As it turns out, these new hybrid forms are the result of the ongoing warfare between various media forms, old and new. For example, a television program is an old form, which once stood alone, but now becomes content on the smartphone, a new media form. Old form becomes new content.

The significance of this chapter for McLuhan’s whole project cannot be overemphasized. For it is in this chapter that McLuhan confesses the peacemaking purpose of his book:

“The present book, in seeking to understand many media, the conflicts from which they spring, and the even greater conflicts to which they give rise, holds out the promise of reducing these conflicts by an increase of human autonomy.”

In other words, we do not have to become passive victims of our technological tools and their violent effects. As the members of society become collateral damage in the larger environmental war of the media machines, in which competing media forms duke it out in the surrounding environment, we citizens are actually called to play a larger role in this drama. We need to assume control of our technological destiny.

But the challenge we face is enormous. Back in 1964, McLuhan already understood how electric technology was destined to shape our future. He foresaw how everything would become data. In one remarkable passage in this chapter, he even foresaw the rise of something like Google Maps together with Google Analytics, because he realized that once everything becomes data, then our primary residence is no longer Earth but rather the world of data collected about Earth:

“So why not use the actual earth as a map of itself? We have reached a similar point of data gathering when each stick of chewing gum we reach for is acutely noted by some computer that translates our least gesture into a new probability curve or some parameter of social science. Our private and corporate lives have become information processes just because we have put our central nervous systems outside us in electric technology.”

Because McLuhan realized that all the media serve to function as extensions of our body and brain, he was able to foresee the future of data collection. Massive data collection is done for the purpose of mining that data for patterns. The emerging patterns thereby allow the machines to understand us better than we understand ourselves.

On the one hand, this is not such a bad thing. After all, it allows the machines to serve up to us options for the sorts of things we desire most. Product recommendations are algorithmically tailored to perfection. “If you liked this, why not try . . .”

But this perfection of cross selling, with personally customized suggestions, didn’t begin only recently with Amazon. It has been going on for a long time. McLuhan realized it is what is going on, for example, whenever Hollywood sees the potential in a best-selling book.

Hollywood knows that the content of the book doesn’t matter at all, even if someone looking in the rear-view mirror thinks that content matters. This is because the new form of cinema now takes the best seller as its content. Cinema’s enormous costs require its properties to achieve mass success. So why not build mass success into cinema’s products right from the beginning? That’s how the best seller becomes content.

Despite the howls of protest from backward-looking artists who think that their content matters, the owners of the movie studios know that they are fighting a war of media forms. As McLuhan puts it, “from the point of view of the owners of the film and related media, the best seller is a form of insurance that some massive new gestalt or pattern has been isolated in the public psyche. It is an oil strike or a gold mine that can be depended on to yield a fair amount of boodle to the careful and canny processor.”

This very phenomenon has only multiplied since McLuhan’s time. Think about how many movies are lined up for production these days. Among them, how many are based on young adult novels, or on comic books? As the studio owners know, they can win their market battle only if they already build in “mindshare” as the pre-existing content. It is this content that they will then proceed to disseminate with their latest media form for the cinema, which will include all the latest updates to special effects’ formal wizardry.

Yet, on the other hand, we have to realize that this studio exploitation of best-selling data patterns for profit is also a highly ambiguous thing. While some people think movies have never been better (and in many ways this is certainly true), there are others who point out how the current form of movies is a strange new hybridization, scarcely comparable to the films of old.

Long-form binge television, streamed over the Internet, as with a program like Stranger Things on Netflix, is able to achieve mass success because it is a new kind of hybridization. Yet Stranger Things, for example, is a hybrid of even more than Spielberg movies and Stephen King tropes and other forms of 1980s nostalgia. All those things are simply content, to be sure. And usually content seems to be the only thing people want to talk about. But there is more.

More significant than all the content in Stranger Things is what McLuhan noticed as requisite for success; namely, a new hybrid form. Concerning the form of Stranger Things, do we even have a name for it? Is Stranger Things a television program? A miniseries? A movie? A radio serial? A streaming “Netflix Original”? Certainly it is all of the above, and in the absence of a new name, we can simply recognize it as a successful new hybrid, as McLuhan would.

Events like Stranger Things are special moments in media history. McLuhan identifies the opportunity they present: “The hybrid or the meeting of two media is a moment of truth and revelation from which new form is born.”

We can step back and reassess our media landscape when something new and fresh happens, even if the new thing takes a whole load of nostalgic content to be subsumed under its new form. When a new thing happens, we start to measure all our old experiences by the standard of this successful new hybrid: “The moment of the meeting of media is a moment of freedom and release from the ordinary trance and numbness imposed on them by the senses.”

New media forms have arrived, and stranger things have happened before. But the strange new thing that is happening now is usually not fully appreciated in its strangeness. Yes, we easily recognize the familiar old content in any new form. But how often are we able to appreciate the successful dominance of a new form as stemming from an innovative hybridization of form?

Yet there is nothing new about hybridization. Stranger things have happened than today’s latest hybrids. But even if there is nothing new about the war of media forms, we should always take any new moment of a new hybrid as an opportunity for reflection. In a time of technological violence, it is a chance for increased human autonomy, just as McLuhan suggested. In other words, kids on bikes can still escape the “big data” bureaucrats who are always trying to do experiments on us. So, remember how to be that kid.

This was originally published with the same title in The Imaginative Conservative on September 23, 2016.

The Parsons–Voegelin Correspondence: Notes on an Unexpected and Instructive Intellectual Encounter

Are Americans Too Busy?

What You Need to Know About Anton Pavlovich Chekhov