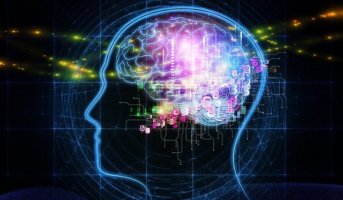 “The world exists to end in a book”

“Happy is your Grace,

That can translate the stubbornness of fortune

Into so quiet and so sweet a style.”

In Chapter 6 of Understanding Media (1964), “Media as Translators,” Marshall McLuhan starts off by offering us an image of “the higher arboreal apes” that are able to swing from tree limb to tree limb by “alternately grasping and letting go.” It is an image that encapsulates the way that we ourselves invariably use technology to “translate” ourselves from here to over there.

We do have a human nature, but McLuhan insists that this nature can be “translated” by various technological innovations. Their “amplified and specialized forms” extend and enhance human nature. In other words, these new forms allow us “to grasp and let go.” Not only can we move ourselves spatially in new ways, as when we build airplanes and learn to fly as birds do. But we also do move ourselves into new modes of being conscious, as when we use words as the kinds of tools that they are. McLuhan explains:

“The spoken word was the first technology by which man was able to let go of his environment in order to grasp it in a new way. Words are a kind of information retrieval that can range over the total environment and [thereby offer a new] experience at high speed. Words are complex systems of metaphors and symbols that translate experience into our uttered our outered senses. They are a technology of explicitness. By means of translation of immediate sense experience into vocal symbols the entire world can be evoked and retrieved at any instant.”

But the technological extensions did not stop with the innovations of words as spoken or written. Rather, it continues even now with new forms for propagating those words and for extending our consciousness all around the globe.

McLuhan sees the historical arc of this development as culminating in forms of pure information: “In this electric age we see ourselves being translated more and more into the form of information, moving toward the technological extension of consciousness.” This extension is, to us, most visible in those forms of social media most currently dominant. For example, we can establish an online presence as an extended version of our localized and embodied selves.

In a way, this extension of ourselves mimics the traditional divine attributes of omnipresence and omniscience. Digital technology, after all, offers the promise of knowing anything about anyone while being situated in any time or any place. Thus, the technological use of words is but one way in which we can echo back Divine thunder.

That is, Heaven can send lightning and thunder, but we then imitate this impressive cosmic power when we modern humans become (in one of McLuhan’s favorite images) “an organism that now wears its brain outside its skull and its nerves outside its hide” by using information technology. The circulation of words around the globe is our way of echoing back the power of Heaven. Its heavenly Word is reverberated by our own digitized words.

The idea of McLuhan about technology, that it translates human nature into new dimensions, as we build new extensions for humanity, remains as shocking as ever. And yet its truth also applies to the most quotidian of conversations. When we use words to discuss the weather, for example, we are extending ourselves in the same fundamental way that McLuhan means when he discusses the latest digital technologies. “We mean that we can translate more and more of ourselves into other forms of expression that exceed ourselves,” he writes.

The thought is even more pertinent in our age of social media. For the advent of electricity brought us the computer. And its significance should not be underestimated. The advent of the computer means that whereas “previous technologies were partial and fragmentary,” today’s technologically-enhanced words can now travel in a way that is “total and inclusive.” The new technologies that transport and translate words make it “possible to store and to translate everything” under the new digital forms of information retrieval.

In one especially interesting passage, McLuhan observes that “all forms of wealth result from the movement of information.” He then goes on to predict that unemployment will most likely tend to rise as our totalized field of all-embracing information technology grows and grows: “The problem of discovering occupations or employment may prove as difficult as wealth is easy.”

As McLuhan tells it, Shakespeare had an intimation of this very development. That is, he seemingly knew how, in modern times, the transformation of information moves toward a most remarkable result: “all things are translatable into anything else that is desired.” The Forest of Arden is an “image of the golden age” because it is “one of complete metamorphoses or translations of nature into human art.”

In other words, once everything is subject to our technologies of total information control, the digital age promises us ready access to all things, by virtue of the fact that it has processed all information about all things.

But the conclusion of all this processing comes to us as wholly unexpected, observes McLuhan. The world ends with neither a whimper nor a bang, but rather as turned into a book—an electric book. That is, everything becomes written down into “the memory of a computer.”

But should we be terrified at this prospect of “all media as extensions of ourselves?” Because they “serve to provide new transforming vision and awareness,” the new media take us into truly uncharted historical territory. What is it that looms before us, as it comes into our grasp?

The word “grasp” suggests “the process of getting at one thing through another,” notes McLuhan. The process of translation is, moreover, at its most fundamental level, most like the sense of touch. By the establishment of universal connectivity, everything is put in touch with everything else.

Further, McLuhan suggests that “this image of a unified ratio,” of enhanced rationality connecting all things through information, is the historically unique enhancement of reason that is attained in the computer age. Only in our time does a media-enhanced reason become, in an unlimited way, “an extension of our own consciousness,” thanks to the unrestricted promise of the digitally-enabled new media forms.

But does this mean that we will tend to a dematerialization of the human body, as we tend to enhance more and more the disembodied aspects of our consciousness? McLuhan has been accused of being a technological determinist, and in this chapter he wrote: “Having extended or translated our central nervous system into the electromagnetic technology, it is but a further stage to transfer our consciousness to the computer world as well.” But is there not an element of irony here? Perhaps McLuhan is commenting wryly on the mindless assimilation of consciousness to a computer-based abode of disembodied distraction. If he is, then he would also have to offer an alternative to such mindlessness and distractedness.

And, in fact, he does do this in a strange finale to the chapter. In a few words, McLuhan actually holds out the hope that a reprogramming of our consciousness is what will enable us to avoid the very distraction or numbing of consciousness. This distraction and numbing of consciousness is, as he has previously discussed in Understanding Media, the result of our first tendency to always make the new technologies into new forms of entertainment. For example, we watch amusing short videos on the Internet.

McLuhan considers these “Narcissus illusions of the entertainment world” to be precisely the result of a mindless use of technology. When humans are not aware that, whenever they are using the new media, they are gazing at extensions of themselves, then they easily slip into technologically-enhanced distraction. However, we can nonetheless still attain awareness of this initially mindless state of distractedness. We can thereby reprogram ourselves to avoid it. And so McLuhan offers a remarkable suggestion: We can actually program ourselves to be mindful.

That is, we could take “our current translation of our entire lives into the spiritual form of information” (for example, whenever we offer curated versions of our lives on social media) and become more mindful. This would happen whenever we truly realize the nature of the new world that we have most recently translated ourselves into.

In short, we have made “the entire globe,” and thus the entire “human family,” into “a single consciousness,” observes McLuhan. But we have yet to decide on the program whereby we tell ourselves what should be the single thought we are all to think.

Until we reach that point, then we only move and translate ourselves in the ways of distraction. And yet it is still possible that our “reversed thunder” could take the form of one, single, technologically mindful prayer. McLuhan, as he concludes the chapter, in one of the most challenging passages of his book, seems to be suggesting that we must now actually go in search of what it would be to pray in so quiet and sweet a style.

This was originally published with the same title in The Imaginative Conservative on November 4, 2016.