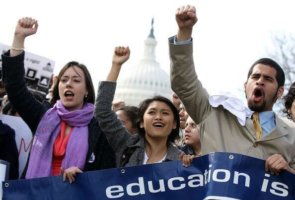 As a professor of political science, I can’t help but be concerned with all the enthusiasm about “civic engagement” as some radically transformative, disruptive, “Copernican” revolution in higher education. All the literature that makes such bogus claims is rife with management-speak barely masking progressive ideology. It makes the agenda-driven proclamation that the point of higher education is to make students into citizen-activists all about transforming communities, nations, and even the world in the name of removing inequities, fighting for inclusive diversity, achieving social justice, and fending off the impending catastrophe of global warming. All those activist ‘engagements’ might be praiseworthy, but they inevitably have a highly partisan bent—reflecting the opinions of professors and administrators and dissing the allegedly false consciousness of so many ordinary Americans.

But I’m not going to waste more time mocking the jargon-laden literature. Most civic engagement authors don’t seem to know much. And that literature often carries hostility to genuine higher education. The hostility is often reflected in the word “infuse.” The goal is to infuse courses with this new way of learning in the hope the more traditional or more disengaged content-driven parts of courses atrophy as a result.

Neither Science Nor Philosophy

It’s only fair that I think about the real concerns that brought the ideology of civic engagement into being. In political science, it appears as a kind of “third way.” The other two ways are more detached than engaged.  There’s the objectivity of the rigorously scientific political science—the behavioral approach, for example. And there’s the leisurely study of great books of political philosophy. So “civic engagement” is neither science nor philosophy. It claims, instead, to take the perspective of the citizen. In political philosophy, we read books that take the perspective of the citizen seriously, such as ones by Aristotle or Tocqueville, not to mention ones written by exemplary citizen-statesmen and citizen-soldiers. And we even encourage students to be engaged citizens, but we don’t given course credit for acting as citizens.

Our problem is that we think that “activism” is little more than self-righteous anger without being informed either by the real interests of a citizen living in a particular place, or by the wisdom that comes through science and philosophy. So we political philosophers see “civic engagement” as a soft form of the fairly mindless (although undeniably heartfelt) activism of the late Sixties, just as we see that the activism of the early Sixties (the Civil Rights movement) was led by those (such as Dr. Martin Luther King, Jr.) who actually had studied with care the exemplary works of our political and theological traditions. Morehouse College prepared Dr. King for his life of courageous activism, but it did so, in part, by not being silly enough to give him college credit for activism.

College typically entails “leaving home” and in a way not inhabiting a “real place,” and its point is to prepare the students for work, leisure, and civic responsibility after returning home. Higher education requires more than a bit of civic disengagement, although part of the point of that disengagement is acquiring the civic literacy that’s primarily the product of “book learning.” Liberal education is based on the premise that we have to know who we are, before we figure out what to do. And so higher education as political education is about actually mastering the key texts and revisiting the key moments of the tradition of our written and highly contentious and remarkably erudite constitutional tradition.

Now you might respond that I’m defending the higher education bubble in the sense of the artifical world—the world of ideas—insulated to some extent from the “real world.” Well, I would do that all day long. Defending the bubble in this sense is harder than ever because of the higher education bubble in the other sense. The cost of inhabiting the bubble is expanding much more rapidly than the rate of inflation and the real value of the increasingly shoddy product.

So there’s the understandable—if not exactly noble—demand for evidence that higher education be worth what it costs. Most “disruptive” calls for reform are in the direction of relevance to the real world. Higher education should be more practical or vocational, more attuned to preparing students to flourish in the world of work. I have some sympathy for this concern, although it too often leads students to tech-lite majors that are too specific and too easy to give them what they need to succeed—majors such as sports broadcasting or beverage management or public relations or (let’s tell the truth) marketing or management. Still, who can deny that students majoring in business or engineering or computer science should be provided with practical experiences—which sometime carry college credit—to prepare them for their clearly chosen vocations?

Civic engagement is not that kind of relevance. It’s not preparing students for jobs, but to be citizens! The alleged crisis is that young people think of themselves as citizens less than ever, and they lack the “skills and competencies” required to be engaged, effective citizens. It’s inevitable that the American devotion to individual rights will be in tension with the devotion to political responsibility. And this tension is tilting in the “libertarian” direction too much right now. But is “civic engagement” for college credit really the remedy?

Tocqueville explains that one American way of combating the excesses of individualism is “free, local institutions.” In America, political power is decentralized and most decisions are made locally. And Americans, to secure their interests (their interest, for example, in getting a bridge, built) have to mobilize their fellow citizens with the same interests. They enter political life out of calculation, but they end up finding it intrinsically enjoyable. The experience of citizenship turns out to be the result of self-interest rightly understood. And so civic engagement comes from be immersed as in local life, in being a person with a job, a family, and so forth. College students, for the most part, lack the responsibilities and the corresponding interests that generate informed, “authentic” civic engagement in a free and democratic country. So Tocqueville sees no connection between higher education—which is largely about books and experiences you wouldn’t get “on the street” in a democracy—and being somewhat a participant in democratic political life.

The people who complain about the two bubbles have their strongest case against reconfiguring higher education as civic engagement. Am I really paying the big bucks to have some professor teach my kid to be a citizen? When I think of a good citizen, I rarely think of this or that professor. Maybe a thoughtful parent could easily add that the withering away of citizenship is much more clearly correlated with the near-disappearance of military service—of the citizen-soldier. But how many professors of civic engagement approach the issue from that angle?

In any case, the problem I have with “civic engagement” can be reduced to the problem I have with a lot of higher education these days. It’s neither liberal education nor vocational education. I could go on to engage in a polemic against all those “studies” majors that fall into the activist, “neither/nor” category—such as women’s studies or environmental studies. But I’ve decided to show some self-restraint.

Another trendy educational concern that generates all this concern with civic engagement focuses on “engagement.” Engagement, the thought is, generates “deep learning.” So higher education reform should focus on inquiry-based learning, undergraduate research, capstone courses, internships, and so forth. What is learned is less important than how it’s learned. The focus on engagement is one way of trumpeting the superiority of the small college, one of showing that what it offers is worth the big bucks. Engagement in general becomes pernicious when obsession with process or method overwhelms concern for content. But it’s true enough, after all, that small classes that encourage guided discussion of the deep issues raised by real books blow away MOOCs and such as educational “delivery systems.” But the claim for “civic engagement” is weaker than those for the other “high-impact practices,” precisely because it seems more about generating a reformist attitude than mastering some disciplined body of knowledge.

Let me add that I’m all for student work, student service, and student political involvement in causes. I just think giving college credit for all that is a mistake that distorts both the admirable activity and higher education. “Service learning” makes sense if you mean that the virtue of charity teaches you plenty about yourself and others. But adding credit (just like adding money) comes at the expense of experiencing the virtue for its own sake. I think students should work in college, and a few colleges—such as my Berry college—have heavily endowed work programs in which almost all students participate. For work, they get money; they learn stuff too, of course. But not for college credit. And Berry is also distinguished by a vibrant religion-in-life program, which generates all kinds of outreach from the local community to other continents. It goes without saying that nothing would undermine that vibrancy more than the idea that students are serving God for either money or credit. Berry has scholarship programs—such as the legendary Bonner Scholars program—which require lots of service in the community. But even there, that requirement is clearly separated from college credit. I hope things stay that way.

I sometimes aim to separate credit from “real world experience” even further. Berry, like every other college, gives college credit for internships. It would be suicidal to take a strong stand against that practice. But when our entrepreneurial students find themselves fine internships with law firms or think-tanks or government agencies, I almost always ask the student whether receiving college credit for the internship is actually worth their while. They often say no. Moving away from Berry in particular, I could go on to agree with critics who’ve noticed the elitism of our whole system of unpaid internships. It’s a perk of privilege to be able to work for credit—not money. Internships, by gum, should be paid.

This was originally published with the same title in The Imaginative Conservative on June 24, 2013.