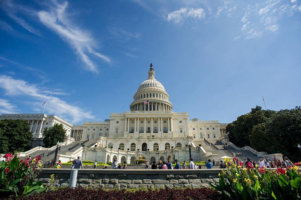 Here is a little article I wrote on the connection between higher education and civic engagement. It refers to a longer and more solid article written by our friend Joe Knippenberg.

I don’t want to create the impression that I know how to teach. As Socrates says, the complete theory of education would include the technical competence of the sophists, the devoted concern of the citizen, the prudence and greatness of the statesman, and room for faith, high culture, and philosophy (including Socratic, Stoic, Thomistic, Cartesian, and maybe existentialist). Or, as Strauss says, a civilized country does justice to both science and morality, and our form of high civilization does justice to the place and limits of political life in informing the soul of the free and relational person.

Political education is tougher in a country where people know so well that they’re both more and less than citizens, and so they know that civic education and technical education are far from the whole of education. Or for Straussians: Teaching “the American regime” is tough because America isn’t really a regime. Or for libertarians: It might be true that we’re not, deep down, citizens, but where would we be if people really didn’t think of themselves as citizens at least some of the time?

Socrates said he never claimed to be a teacher. And he was better at being critical or showing limitations than coming up with some comprehensive alternative. Living an examined life is short on specificity and not much of a guide in most practical and relational situations. Self-examination can become obsessive and suck up all your time — and it can seem to provide you a really good excuse for not doing anyone else any good at all. Rousseau, by contrast, was surely right that if we took our duties to our friends, families, country, and the unfortunate as seriously as we should, we wouldn’t have time for anything else at all. Rousseau, of course, didn’t actually live like that.

If I never claimed to be a teacher, I wouldn’t get paid. By getting paid, I’m more like the sophists than Socrates or even the citizen. So I have to feign competence and give grades based on assessable learning outcomes.

I do know we have no business giving grades for civic engagement. I’m all for students working on campaigns, going to church, serving the poor, and making money. But those things can be what they are only if they’re separated from giving credit. All those forms of service and worthwhile work flourish so well at Berry College because we’re so careful to separate them from the academic program.

I do teach American government mainly with the intention of preparing students to function ably as engaged American citizens. The prelude to engagement is understanding the principles and issues that inform our very complicated, long-lasting, and deeply text-based constitutional democracy. And I’m in the process of updating my selection of the best texts from the American political tradition.

So my question for you: What are the most significant speeches, Court opinions, etc. for the last five years?

This was originally published with the same title in The Imaginative Conservative on November 15, 2014.