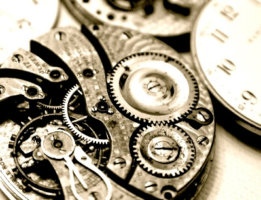 Methodology is not a value-free tool in economic analysis, leading some to conclude economics itself cannot be a value free science. The presumption of every economic methodology is philosophical and ethical, for it holds a view of a reality that transcends economics: what lies therein an account of the human person.

Positivist schools of thought underplay the role of human action, but in doing so are still making a moral judgement on it, assigning a lesser importance.

Of methodologies in economics, surely, we should demand a robust account of the human person.

Rarely do philosophers enter the fray sufficiently early in the debate to discuss methodology before it is integrated into the assumptions of everyday economics. Economists and moral philosophers tend to talk past each other later in the game, without a common method.

My purpose here is to consider a common method upfront: praxeology. Praxeological economics is the structure of the logical implications of the fact that individuals act. Having first emerged in the Middle Ages among the Scholastics, today it is most commonly associated with the Austrian School.

If philosopher Eric Voegelin had entered the fray on economic methodology, I believe we would find a philosophical basis supporting praxeology, without supporting an economic system (modern capitalism) per se. The method is a defense of free people, prior to a defense of economic liberty; the latter follows, along with accompanying laws, rules, and limits on the state.

Should a case for Voegelin be convincing, Austrian methodology ceases to be a value-free method of economic calculus – one among many – but impacts more compellingly how we legislate. For legislation is grounded historically in a normative consideration of outcomes that serve a greater good, including that of freedom. Austrian methodology, when adequately defended, enables the service of a greater good: the freedom of every person, subjecting their freedoms to higher ends – rather than being subjected.

A focus shift away from inanimate systems toward the animate (everyday actors) may be one reason praxeology features little in the case for technocratic capitalism or any assumptions regarding capitalism as a system in much of contemporary discussion. As I have previously pointed out in reference to George Gilder, both the Keynesian or state-oriented economists – and many Hayekian or private sector-oriented economists – share an essential economic vision; they consider their discipline to be successful to the extent that it eliminates surprise in the “inexorable workings of the system (abstractly constructed)”. The primary focus thus overrides the initiatives of human actors, where an economy is the sum of the decisions at any given time, not a system per se.

The distinction between an economic system and a social order incorporating everyday economic decisions among freely acting individuals is important, with implications for how we legislate, as I argue in a moment.

The Austrian methodology respects free will and human dignity, integrating economic decisions into the wider social and moral considerations. By upholding the value of human dignity as Voegelin does, the methodology is lent moral rigor, placing limits on the state owing to the essential importance of the individual.

In this view, socialism does not fail first and foremost on technicality but by denying the human right to private initiative and property ownership as extensions of ourselves. Technocratic capitalism that seeks to promote markets without free people and corresponding institutions also fails -lending itself to corruption when the institutions that preserve human dignity and freedom are ignored.

Robert Sirico notes “a community of enterprise made up of sovereign individuals does not result from mysterious design imposed from the outside. Rather, “it results from individuals spontaneously expressing their values on the material world and cooperating to improve the world around them”. On this account, an attempt by “the sovereign” to upset the economic order on the false presumption it functions as an economic system (with consequent easy impositions from the top-down) “overrides the intentions of actors, generates imbalances and violates justice”.

Voegelin argued there are more dimensions to the human person than the economic, and an economic focus is therefore too narrow. His insights have profound implications for economic methodology, even if he abandoned a focus on economics in favour of politics early in his career.

Treating economics as part of a social order, rather than a system, is an economics driven by human freedom and dignity. Praxeology is an expression and examination of that freedom, allowing us to make valuations (whether economic or moral) that are inseparable from who we are as individuals and our decisions to freely cooperate in the social order.

Praxeology results in a free market that is neither a machine nor system, but a as a social outcome of the actions of individuals, in the service of ongoing moral considerations that always affirm human freedom. Voegelin’s work does not defend markets, but praxeology. Markets are outcomes or extensions of freedom and become social institutions in themselves. They do not begin as the primary motivations of the methodology. That motivation is pre-occupied with questions of “the good” and what is just.

A methodology which does not ask these questions fails the moral test in Voegelin’s view (and surely that of almost every moral philosopher) – rendering economics dead on arrival.

Voegelin’s critique of economics was that it did not defend a methodology grounded in a transcendent view of the human person. Nonetheless, the absence of an articulated moral justification at the time does mean that such justification can not exist in the case for praxeology today.

Voegelin’s work is fundamental to praxeology because it provides a philosophical defense of this basis by which the human person and human action must be respected in the commercial and moral spheres as drivers of economies and the subject of sound economic analysis, lending the methodology rigor and soundness that merits it an important place informing law and legislation.

This was originally published with the same title in The European Conservative.