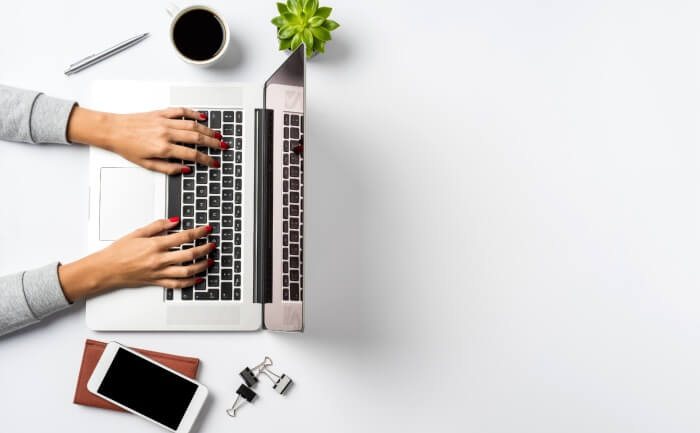 Is there anything better for a teacher than watching one’s students do great things? I have never bought into the rhetoric that some teachers use about “learning more from them than they learn from me.” If that is the case for you in the classroom, I recommend your resignation be swift: yesterday, if possible.

One does learn from students all the same. What I’ve been learning from my undergraduates since our banishment to the classrooms in the Land of Zoom is that they really do not like online education. One of my seniors asked me to be part of his summa cum laude examination committee along with two other professors. Rather than presenting a portfolio of papers or writing a new one for us to read, he chose to present in outline form his argument, the gist of which you can glean from his title: “Online Education: Modern Sophistry?” The punctuation here is of the genus question and species rhetorical.

Gerald is, as you might guess from his being a Latin honors recipient, pretty smart. He also has a wealth of different sorts of academic experiences from standard issue lower schools to homeschooling in high school to a software engineering program at a large state university to a program of study in philosophy and Latin at the college seminary at my university. His argument, based on both his experience and an understanding of university education derived in large part from Newman’s Idea of a University, was that online programs really cannot provide the liberal education an in-person program can provide. At best, they can provide “content” that students can ingest if they are interested. Because of the lack of a real, live coffee-slurping-and-spilling, slouching, side-comment-muttering, and arguing-learning community of students and faculty, the possibility of a real education, in which 1) students together negotiate the claims of authors and disciplines, 2) faculty help form their intellects and, optimally, their lives, and 3) the whole community cements this great discussion by creating memories, is slight. Online education is a pale imitation of the real thing. It might be fit for “instruction,” but not for “education,” to use Newman’s distinction. This, even while Gerald acknowledged that in-person instruction is of varying quality.

I thought his presentation was great and I tend to side with Gerald. It was amusing that he had been in a Zoom class with me earlier in the day in which I shouted at the screen, “What’s wrong with you people!? Why isn’t anybody talking?” After a few seconds of sad, puppy dog looks on the Brady Bunch collage on my monitor, I asked, “Are you just Zoomed out?” Nods all around. So I tried to up my usual academic Don Rickles/Vaudeville classroom style. I insulted Abby’s obese cat which strode across the screen. I drew large and frightening verbal analogies to waken the intellects of those stuck in the Pixellated Cave. I made absurd upper-body dance moves stretching far beyond the White Man’s Overbite. I accused Abby of overfeeding the cat.

Not much use. It got a little better but not greatly. I was Zoomed out, too.

This is one side of the ledger. What about the other? Last fall, one of my M.A. students wrote his concluding essay (in our interdisciplinary and integrative program we do not write a “thesis” but an essay designed to put ideas together) on the question of what Newman would make of online education. Is there an Idea of an Online University that would have made sense from a Newmanian standpoint?

Gerriet had spent some years in the tech world before coming back to do his master’s degree. He was promptly assigned to help our program set up an online program. He had his own doubts about the possibility of real online education, in part because of his professional experience and because his own experience in our program had been so valuable to him precisely because of the real, un-pixellated encounters with students and faculty. I thought his skepticism correct but encouraged him to look more deeply at Newman’s lesser-known writings, especially the memoranda, the letters, and official documents about the Catholic University in Dublin of which he was the rector, many of which are found in the privately printed posthumous collection My Campaign in Ireland (1896).

The results of Gerriet’s research may be somewhat surprising. Though Newman’s ideal university education involved students living a disciplined and patterned life of eating, playing, and praying together in residences called “halls,” Newman had a flexible view of what a university could provide. Gerriet discovered that in the very first year of the Dublin university Newman began a program of evening classes for men who had day jobs and who would obviously not be capable of the kind of living-and-learning community he thought best. Gerriet writes that despite this disadvantage, “Newman is enthusiastic, not reluctant, about the role of evening classes as one expression, and a very legitimate one, of the mission of the university.” Indeed, although the program was canceled in the first year, Newman resurrected it three years later.

Not only this, but even for full-time students Newman was capable of seeing that not every student could live on campus. He set up rules for “extern” students, those who would not live in a university house but who would still be under the discipline of the dean of the college. Some might live at home or some in “licensed” off-campus houses, but they would be eligible for degrees if they followed the course of studies and were on the campus during prescribed times of day. Newman even allowed people who were not capable of being full-time students to attend the lectures if they paid a fee. He made clear that even attendance at lectures could themselves be real education if the students had the proper disposition to engage with the lecturer.

Newman’s flexibility had its limits. He did believe that the best form of education was what we might call the all-inclusive one, and he thought that those who are in charge of universities should have had that education so that they understand fully what the ideal was. His mandate on this was clear.

“In order, however, that there may still be a bonus on residence and to prevent the administration of the University falling into the hands of persons who have never resided and are ignorant of its traditions, it is provided that Degrees taken by non-residents, though bona fide such and having all the advantages of a Degree outside the limits of the University, are little more than honorary within it; that is, they do not carry with them such qualifications for holding office as with a Degree gained after residence.”

Gerriet’s conclusion from this looks forward to his cautious conclusion about Newman’s openness to an online education: “It is clear that Newman sees the benefits of a university as existing across a spectrum, in which some will be able to enter more fully and others less, but which he is eager to have all participate in to the degree that they are able.”

Interestingly enough, while Gerriet was writing his essay in the fall of 2019, I was preparing to teach an online course on John Henry Newman himself for our M.A. program. It was to be “asynchronous,” meaning no on-line meetings or requirements that students log in at certain times. I videotaped a series of lectures, prepared reading and writing assignments, including threads for “discussion,” and got ready to interact with these students via email and other messaging since they, like Newman’s night students, are already doing varied jobs from practicing medicine to teaching to homeschooling to pastoring Catholic parishes in several different time zones and even countries.

This course was already online and running when the authorities decided to close in-person education. Perhaps because of the expectations of the students, they seem much happier about the course than do my undergraduates who were all in for the personal encounter. Several of them have written to me to say that though it is not optimal, they have really enjoyed and learned from the online program.

Although lowered expectations work wonders, I think that the graduate students’ enjoyment also has to do with two other factors. One is that many of them had undergraduate programs that were “ideal” in-person programs in which they had learned how to engage intellectually with ideas, thinkers, students, and professors. Gerriet’s essay provides, I think, the other factor. A successful online program will be, like Newman’s night classes and “extern” arrangements, one that has its origin in a real, live community of students and teachers in a real place. If my students are not able to come in and sit in my disheveled office, they know that it is here in a beautiful old house—Sitzman Hall—with a chapel, a library with a fireplace, and a group of people who eat, pray, play, and study together in real life.

Pursued on its own, online education might indeed match Gerald’s designation of “modern sophistry.” I think that if this is the “future” of universities, it likely means the “end” (in the sense of termination and not goal) of universities. If, however, pursued with an understanding of its limits and of the necessity of a non-virtual community of learning behind it, online learning can indeed be part of the idea of a university. I will give Gerriet, who did do a great thing and earned one of our rare “high pass” designations for his essay, the last word:

“It is a real advantage for a program to have its roots in a place, with professors who are in communication with each other, and with students who help to form a spirit of the place, which is ready to welcome online students, whether for hybrid classes, visits of opportunity, or simply to ground the overall nature of the program. In this way, what Newman identifies as necessary to the essence and integrity of a university may inform, directly when possible and indirectly in other cases, an online program that is a true expression of liberal education.”

This was originally published with the same title in The Imaginative Conservative on May 6, 2020.

David Deavel is an Associate Editor of VoegelinView; Editor of Logos: A Journal of Catholic Thought and Culture; Co-Director of the Terrence J. Murphy Institute for Catholic Thought, Law, and Public Policy; and Visiting Assistant Professor of Catholic Studies at the University of St. Thomas in Minnesota. He is co-editor of Solzhenitsyn and American Culture: The Russian Soul in the West (Notre Dame, 2020) and his articles have appeared in Catholic World Report, Chesterton Review, Chicago Studies, First Things, Journal of Markets & Morality, Minneapolis Star Tribune, National Review, Nova et Vetera, and the Wall Street Journal.