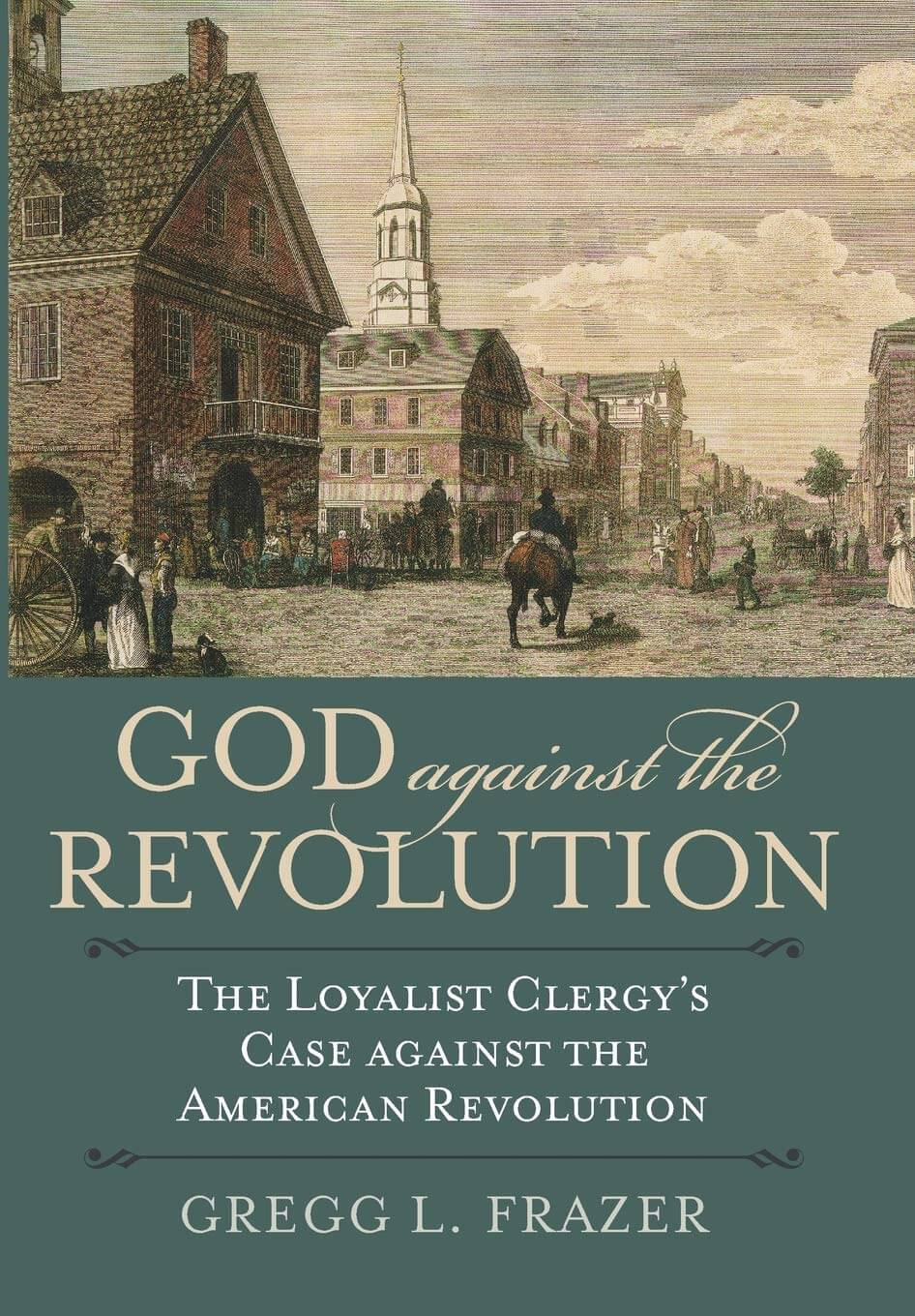 Twitter, one hardly needs to argue, is primarily a platform for many of the loudest and least nuanced voices to vomit their opinions to the world. The medium, Marshall McLuhan and Neil Postman would immediately recognize, works against intelligent discourse and favors the cliché and the incendiary. This does not stop individuals of all kinds from using the “Tweet” as a megaphone, often risking their reputation but ostensibly signaling fealty to, or resisting, the sentimentalism of the moment. “Share that you care,” because “silence is violence.”

The pressure to conform to the masses or to keep quiet is quite pronounced in times of great upheaval, like 2020. Christian clergy are no exception to this trend, and those on social media platforms like Twitter regularly signal their acquiescence to partisan narratives and to claims about whose “side” God is on or whose side a “true Christian,” should favor. Though such engagement arguably corresponds to the Christian clergy’s historical role as public theologians, their statements are fraught with peril. Public hostility to Christianity has increased, but so has infighting among Christians themselves. The battle lines are drawn along familiar partisan lines, and the arguments seldom rise above the most superficial theology and biblical hermeneutics.

From a Christian perspective these divisions are profoundly problematic and contrary to Biblical calls to unity among believers. At the same time, the confusion and contempt toward and between Christians speaks to a greater ignorance about theological and biblical teachings. While many clergy, some widely known and others in obscurity, resist the politicization, they are often outnumbered by those louder voices directly or indirectly encouraging partisan loyalty.

Political division among Christians, of course, is not unique to the United States nor is it anything new. Indeed, going back to the American War for Independence, arguments for and against rebellion commanded considerable attention from the pulpits of the British Colony’s most eminent clergy in the 1770s. A deeper look into the public arguments of both the “loyalist” and “patriot” clergy is strikingly prescient and enlightening. This, at least, is what one finds in Greg Frazer’s recent book, God Against the Revolution.

Frazer’s work is an overdue exposition and analysis of the arguments presented by Loyalist clergy before and during the American Revolution. These men, Frazer demonstrates, were not anti-American, reactionary apologists for British rule. Instead, they recognized their role as public theologians whose fidelity to Biblical teaching and Church doctrine superseded patriotic inclinations and the growing pressure placed on them by mobs thirsty for rebellion.

Rather than organize the exposition chronologically or moving from clergy to clergy, Frazer organizes the book around the different foundations upon which the ministers based their arguments. The Loyalist Clergy made arguments on the basis of biblical theology and interpretation, on political theory, legal theory, and with appeals to logic in light of the immediate historical and political context.

Ultimately, the loyalists failed to persuade their fellow Americans to eschew violent revolution. Many of those loyal to Britain within and beyond the clergy suffered greatly for their allegiances. They lost their property, livelihood, and safety. Those who were more outspoken found themselves in self-imposed exile. Neglecting their work, however, deprives the contemporary Christian scholar and minister of a wealth of theological reflection invaluable for modern socio-political controversies.

Frazer’s book focuses primarily on the writings of Johnathan Boucher, Thomas Bradbury Chandler, Charles Inglis, Samuel Seabury, and John Joachim Zubly. Though certainly not an exhaustive examination of Loyalist thought, these men represent some of the most formidable and educated voices resisting rebellion. Despite losing in the “court of public opinion,” Frazer argues that these Loyalists were more consistent with Biblical, Christian teaching from a Protestant perspective. He writes:

Loyalist pamphlets often contained propaganda and polemics, but no more so than their Patriot counterparts. Loyalist sermons occasionally included Bible verses out of context and made applications from only loosely relevant passages, but they did that far less than did Patriot sermons. Loyalist pamphlets and sermons primarily appealed to history, law, and the Bible. Patriot pamphlets and sermons primarily appealed to theory, fear, and John Locke (2).

In general, then, the Loyalist hermeneutic was more “literal and contextual,” while the Patriots were allegedly more selective, advancing a theology and Biblical interpretation that supported their politics. Boucher and Inglis, especially, accused their Patriot opponents of betraying the Biblical texts for the advancement of their politics and popularity.

In this sense, one has a difficult time disagreeing with Frazer based on the evidence he provides. Some Patriot clergy had to stretch the text – or neglect it altogether – to find a hermeneutic consistent with their politics, and especially with their advocacy for violent rebellion. But the Patriot counterargument is given only minimal space in this volume.

According to Frazer, the patriots supplemented their exegesis with John Locke to seemingly fill the holes in their biblical interpretation, but it is unclear why this is necessarily a problem. Consider, for example, John Locke’s Christian sympathies and reflections noted in the article here by Nayeli Riano on VoegelinView. Locke may not have been thoroughly “orthodox” from a Protestant perspective, but can one say, conclusively, that his work is hostile or incompatible with Christianity?

Locke was certainly more problematic for the Loyalists who, as Frazer presents them, were more consistently “Whiggish.”  Yet, Boucher, in Frazer’s compelling presentation, sounds more like Filmer but Charles Inglis reads more like Locke by sharing a common influence in the work of Richard Hooker. Yet both “considered monarchy of the right kind to be a good in itself” (82).  And all the Loyalist clergy emphasized by Frazer viewed deference to the government as Biblically essential. Loyalists, in their pamphlets argued that the Continental Congress and Colonial assemblies and committees related to the conduct of the Revolution were in violation of colonial charters, and of the colonies’ own precedent and laws.

So, in this way, the Loyalists were clearly not Lockean. The Loyalist clergy did not express sympathy for a limited government legitimized by popular consent. But when Frazer claims that “Patriot preachers…generally taught that man is essentially good” (78), it is unclear why this is necessarily a Lockean view. It sounds far more like Rousseau’s political anthropology. Furthermore, since the Patriot preachers are not given much of a chance to defend themselves in the book, it is unclear what exactly it is about their writings that is Lockean. Perhaps, for Frazer, their sympathy for rebellion is enough to make the association.

Still, the Loyalists found Patriot complaints about the British government trivial, overstated, and, at times, conspiratorial. They also were among those who believed (wrongly, as it turned out) that rebellion against England was folly given the superiority of the British military. “The Loyalist ministers,” Frazer emphasizes, though, “were not blind apologists for the British government. They did not like being called Tories” (140). Boucher, for example, detested the Stamp Act. “Zubly urges his congregation to pray against the king’s ‘evil counsellors’ and, after insisting that American do not want separation from Great Britain, says that ‘what Americans detests as the greatest evil, a British ministry has taken the greatest pains to effect’” (141).

The Loyalists, however, struggled to find the balance between resisting armed rebellion and revolution and acknowledging or protesting the many injustices and failures of the British government. And, like other colonists at the time, the Loyalists seemed to suspect no evil from King George III himself. Loyalists, then, like some members of the English parliament, wanted conciliation but given the British government’s explicit contempt toward the colonists and treatment of them as little more than petulant children, was this ever realistic? While the Loyalist clergy do seem to be far more levelheaded than the Patriots, it is not clear the former fully grasped the extent to which separation from Britain had already begun in colonists’ hearts and minds.

By the conclusion of Frazer’s book, one feels as though only half the story is being told. He does provide a number of examples of Patriot clergy, but a more sympathetic and balanced reading would add to the book’s argument. At the same time, that is exactly how one might respond to more conventional books on the American War for Independence, which, unjustly, fail to take the Loyalists seriously.

Like Ellis Sandoz’s masterful collection of political sermons at the time of the American Founding, a great legacy of Frazer’s volume may be the additional research it is likely to provoke. The voices of both Loyalist and Patriot clergy have long been neglected, but their arguments are quite prescient for Christians around the world. What level of deference ought we to give to the government? When and how, if ever, ought we to resist? What should be the nature of our political participation? And how ought Christians to faithfully read and interpret the Bible in light of our moment socially and politically?

These questions cannot be answered nor substantively discussed in Tweets, but we can return to the great minds of the loyalist and patriot clergy to rise above the dangerously superficial conversation that animates our contemporary discourse.

Joshua Bowman is an Assistant Professor of Political Science at Heidelberg University in Ohio. He is author of Imagination and Environmental Political Thought: The Aftermath of Thoreau (Lexington Books, 2018) excerpted here on VoegelinView. He recently began a blog on his personal website, bowmanjosh.com