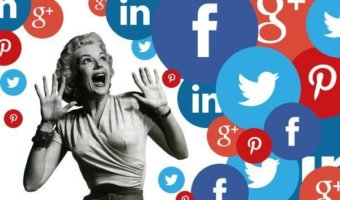 In order to explain surprising political phenomena like Donald Trump and Brexit, we have to look at the unprecedented impact of new technologies on our total environment. Douglas Rushkoff, the author of Throwing Rocks at the Google Bus, has entertained the thesis that the television age, which brought people together, is over. He opines that the television age has been eclipsed by the digital age, because the new social media technologies foster fragmentation. Instead of a globalist spirit of awareness, which is what television allows us to experience when we tune into a shared experience (at the same time on the same channel), social media nudges our thinking into patterns of tribalism and nationalism.*

Influenced by the innovative media analyses of Marshall McLuhan, Dr. Rushkoff argues from a McLuhanesque premise that the currently dominant media form shapes our environment:  “A media environment is really just the kind of culture engendered by a particular medium. The invention of text encouraged written history, contracts, the Bible, and monotheism. The clock tower in medieval Europe led to hourly wages and the time-is-money ethos of the industrial age. Different media environments encourage us to play different roles and to see, think, or act in particular ways.”

We observe the effects of the dominant media form in outcomes like Mr. Trump winning the Republican nomination, and Britain voting to exit the European Union. Dr. Rushkoff says that the digital media environment, because of its inherent nature, generates binary oppositions and outcomes, from the lowest level of 0s and 1s, right up to building a wall between Mexico and the U.S., or a barrier between Britain and the E.U. The current digital environment unconsciously shapes us to think in this way: i.e., to declare ourselves by making discrete choices, for or against. Moreover, because the digital environment creates an infinite archive of memory, Douglas Rushkoff argues that we tend to shape our self-narratives in terms of similarly murky, mythical memories. The digital spirit wants to replay the epic memory of a past that is imagined to be as grand as our biggest databases.

Dr. Rushkoff thinks this is a new development at odds with television’s globalist spirit. Global thinking becomes second nature in an environment shaped by television. Television broadcasts the Olympics live, or the moon landing, and thereby encourages us to countenance supra-national flows of populations and trade. But because these global flows have had some adverse effects, those who have suffered the adversity are using digital media to combat the globalist establishment. Thus, Mr. Trump uses Twitter to punch back against the “one-world vision of the TV media environment” (to use Dr. Rushkoff’s phrase), as the digital media become the new tools for channeling the resentments and grievances of those disenchanted with the dominant political paradigms. The technological revolution thus precedes the political one.

While Douglas Rushkoff’s argument makes for an invigorating opinion piece, its binary opposition between a new digital age and an old television age is too hyperbolic to be truly illuminating. Presumably, Dr. Rushkoff is self-consciously couching his argument in the inflated idiom of the digital media environment’s hyperbolic oppositions. After all, he reveals, at the end of his essay, his sympathies for the “connection, tolerance, and progressive internationalism” that is characteristically promoted by television’s “one-world” spirit.

But is digital hyperbole the appropriate tactic? How can the television age of globalism and progressivism triumph over the digital age’s worst nativist tendencies by co-opting the tactics of the digital age? In other words, is Twitter really the best way to “fire” Mr. Trump? Hillary Clinton already has tweeted her “delete your account” burn to him. But doesn’t the use of digital media simply reinforce digital media ways of thinking? If the medium is the message, then it doesn’t matter if the message is “globalism,” because presumably the new digital medium itself inevitably imprints “tribalism” on our minds.

Yet Dr. Rushkoff’s musings provide us with the opportunity to revisit the stimulating insights of McLuhan. Dr. Rushkoff’s initial analysis can be carried further if we return to McLuhan’s investigations into the operations of formal causality in our technological, political environment. One way of doing this would be to revisit McLuhan’s intriguing discussions of “hot” and “cool” media, which is what would better serve Dr. Rushkoff’s argument (rather than a forced contrast between “analog” television and “digital” social media). “Hot” media have low participation, whereas “cool” media invite high participation.

McLuhan’s “hot” and “cool” distinction (in Understanding Media) never really caught on because people found it too difficult to understand the difference between “hot” and “cool” as McLuhan did. For McLuhan, print, the phonetic alphabet, books, lectures, film, radio, and photographs were all “hot”, but television, comic books, cartoons, telephones, and seminar discussions were all “cool.” People find this frustrating because they fail to realize that McLuhan is not creating absolute binary categories of classification for tools, where television either goes here or there. What McLuhan is doing instead is describing the qualities that these technological forms are most capable of producing when in operation.

Hence television is originally a “cool” medium (where we participate by filling in everything else not shown by the “talking heads” on the screen). But television can become “hot” when it becomes high-definition television: i.e., it becomes more like film by supplying us with a more immersive media environment (e.g., with a bigger screen, with more information at a higher resolution).

In truth, the forms taken by these technological tools are usually a complex mixture of hot and cold, especially as they grow more sophisticated. Therefore, what Douglas Rushkoff was really bringing into our awareness with his analysis, was a contrast between the “cool” aspects of technologies that unthinkingly promoted globalism, and the “hot” aspects of technologies that unthinkingly promote nationalism. The “cool” experience of a simultaneous television event gathers us together with an experience of participatory globalism. But angry putdowns sent out as 140-character text messages over Twitter are “hot,” one-way mini-lectures that create binary divisions (because you can only like them or not like them).

Ultimately, the way to “cool” things down culturally is not to be so unthinking. And to distinguish between “hot” and “cool” is one way to cultivate a more thoughtful media awareness. The situation today is so complicated that now more than ever we need to analyze it using the sophisticated conceptual tools supplied by McLuhan.

Pace Dr. Rushkoff, there is no “digital age” that can be set in opposition to a “television age,” as if we are moving along some kind of new Hegelian timeline of dialectical materialism and technological determinism. Rather, we are still in McLuhan’s “electric age,” with its dizzying succession of ever-new technological forms. Nonetheless, their formal variations and patterns can be studied in terms of the degrees of “hot” and “cool” that they manifest.

For example, Twitter is “cool” insofar as you yourself decide whom to follow and who shows up in your Twitter feed. But Twitter is “hot” in that you simply receive their 140-character alphabetic mini-lecture — which you can then heat up further, by retweeting or liking it. Things can “cool” down, however, if a real conversation ensues; or, they can heat up even more, at least if the original sender never replies to the “burns” sent in reply by all the angry responders.

In short, despite the maelstrom of social media, we are not the victims of some new historical age. However, we can be unthinking dupes, pushed around by our own technological tools — if we don’t make the effort to think. Our tools can help us to think better — but first we must think better about them. Otherwise, we will be victims — not of the age, but of a technologically-enhanced tyranny. McLuhan can help us avoid such a fate — can we afford to avoid him?

*See Douglas Rushkoff, “The New Nationalism Of Brexit And Trump Is A Product Of The Digital Age” (July 7, 2016).

This was originally published with the same title in The Imaginative Conservative on August 1, 2016.