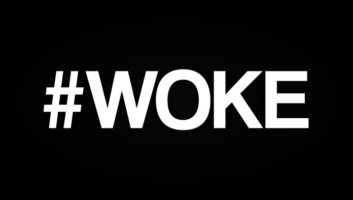 One of the latest fads in the university is being “woke”: a recognition of one’s privilege and therefore the need to empathize with those groups who have been historically less fortunate. Not only in the classroom but in the dormitories, unions, and on social media, students are being taught to be “woke”: to acknowledge the institutional discrimination that exist in society against women, people of color, and the LGBTQ community and–for those who are usually white, male, and middle-class–accept their guilt in benefiting from it.

What should one make of this? Is this just an updated version of 1970s “radical chic” where people virtue-signal their social commitments by proclaiming they are now “woke”? Another attempt by college administrators captured by the left to indoctrinate our youth in Maoist-style reeducation camps? Or a genuine and authentic attempt to address grievances that continue to stain our society?

Before attempting to answer these questions, I would like to tackle the topic of “wokeness” first. What does it mean, and where does it come from?

According to lexicographers of the Oxford English Dictionary (OED), the first usage of this meaning of the word “woke” was in a 1962 New York Times article written by William Melvin Kelly. To be “woke” is to be alert to injustice in society. The OED example is “we need to stay angry, and stay woke.” In the twenty-first century, “woke” entered mainstream English through music, social media, and social movements like Black Lives Matter. It primarily refers to the awareness of the prejudice, racism, and violence black people experience in America, although now it also includes recognition of similar oppression felt by women, the poor, and other racial, ethnic, and sexual minorities.

When compared to other groups, African-Americans suffer from higher unemployment and incarceration. They experience lower wealth, education, and life expectancy. And they are subject to police brutality, job discrimination, and social prejudice. These are just a few of the countless legacies of segregation and slavery that still remain in our society. Even with evidence of progress, such as the passage of the Civil Rights and Voting Acts, the election of an African-American to the presidency, and the mainstreaming of black culture, it seems clear that the problems of the black community will not end anytime soon.

Wokeness addresses this fundamental reality—a reality that has been neglected, minimized, or devalued until recently. Wokeness is a sincere attempt to address the present conditions under which African-Americans live in the United States. To say otherwise is simply to ignore this stark reality.

But for white Americans, particular those who are not poor or women, being “woke” is a bit more tricky. On the one hand, striving for wokeness is admirable for white Americans wanting to empathize with their fellow countrymen who have suffered unjust hardships in this nation’s history in hope for racial reconciliation and the social and economic betterment of African-Americans. On the other hand, wokeness can be another form of virtue-signaling, a superficial expression of support to criticize other white, well-off Americans that does nothing substantively to address the problems of prejudice, racism, and violence that African-Americans experience. At its worst, wokeness can be a form of privileged guilt where white Americans make themselves feel morally superior by public, empty gestures to convey socially approved attitudes without any associated risk or sacrifice on their part.

Does Being Woke Actually Reduce Injustice?

My question, then, is this: is wokeness the best way to address the plight of those less fortunate, especially for African-Americans, in this country?

In one sense, wokeness is an effective way to address the problems that plague neglected and marginalized groups in our society. It accomplishes this by creating an account that shares elements with religious conversion, addiction behavior therapy, and Marxist politics: the turning away from a sinful past life, with its false consciousness and destructive behavior, for a new–and truthful–perspective of reality. Although one may debate and disagree about the remedies to the problems of prejudice, racism, and violence that inflict minorities, most Americans probably think it is helpful to acknowledge these issues and find ways to resolve, if not solve, them for our democratic society.

Yet it is not clear how wokeness would translate into effective public policies. It is not enough for people to be woke: they must come to some agreement about how to address these problems. This can only be accomplished by a public discourse that is reasonable, rational, and expressed in good faith, rather than emotive, accusatory, or virtue-signaling. Without this, the result is that people who are woke are like the college administrator who enforces campus rules without knowing why.

This is not to say that wokeness does not have its uses. Undoubtedly there are people who are not aware of the plight of neglected and marginalized groups and wokeness plays an important first step in recognizing this. But instead of public self-flagellation, we should seek commonalities among ourselves to build a common moral language on which effective public policies can rest; otherwise, we will continue to talk past–and try to correct–each other. If we aspire to a common politics, we need to transcend our tribal identities. This includes those who are doing the waking, too.

Wokeness and The University

The university should be an ideal institution where this rebuilding of a common moral language can take place. Students not only learn how to reason with logic and evidence but also appreciate the achievements of their civilization’s past and acknowledge its faults and mistakes. Seeing themselves as the preservers, conveyers, and critics of their civilization’s traditions, universities used to design their curricula so students would learn the best of their civilization in order to improve and remedy it.

Unfortunately, universities today have jettisoned their mission of preserving and conveying the best of their civilizations and instead have adopted a charge of job-training and an anti-western ideology that constantly criticizes our society, history, and traditions. This uneasy accommodation between job-training and anti-western ideology is hidden from parents, with only “critical thinking skills” advertised. After all, parents would be reluctant to send their children to college if they knew that their children would only learn about the problems and violent that the United States inflicts on others. Hence, the bland, non-offensive, and ambiguous language of “critical thinking” becomes the selling point that universities peddle to prospective students and their parents.

The result of is a strange, silent conspiracy between college administrators who only want to make a profit and faculty and student life staff who only want to indoctrinate students in anti-western ideology. This arrangement works only if the values of one’s civilization are abandoned, for critical thinking can then be grounded in any set of normative values, including those only critical of society and tradition.

The university consequently should cultivate wokeness in a broader context of understanding the achievements and iniquities of western civilization with reason, logic, and evidence guiding students to reach their own conclusions. Hopefully students would then partake in a public discourse to locate a common moral language so they could see on what points they agree and disagree with one another. And while it is unlikely that unanimity would be achieved, students and the university could find ways where they can live and work together in an intellectual rich and diverse environment.

If wokeness is to have a future, it has to move beyond itself to find commonalities with others so a common moral language can be rebuilt in the advocacy of public policies that addresses the grievances of African-American and other marginalized groups. This search for a common ground among all citizens can help us identify the genuine causes of problems and actions to address them. Wokeness is one of those issues and is a reflection of a reality that too often has been neglected. But being woke is not enough, we must find what we share as citizens in a country in which we all live.

What is a Miracle?

The Ghost Language of Aramaic

True Grit or Phronesis and the Happy Ending