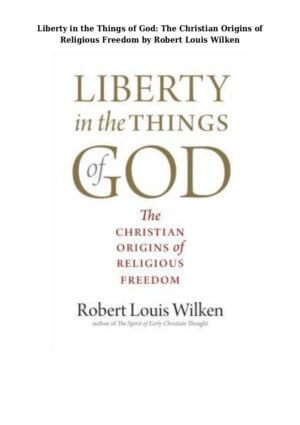 Religious liberty, toleration, and the separation of church and state are ideas which, in recent centuries, have formed the core of liberal philosophy and political life. The growing import of these ideas in a diverse and globalizing world is hard to miss: the religious and ethical mélange of modern life reemphasizes and accentuates the need for norms of toleration and civic comity. Meanwhile, modern communications technologies enable us to live our lives in bubbles and echo chambers, only occasionally venturing out into the heterogenous world. Since at least the early 1900s and Herbert Butterfield’s 1931 The Whig Interpretation of History, liberty of conscience has been the subject of a sort of liberal mythologizing that will be familiar to most. Following the Reformation, as sects and denominations multiplied, Europe was cast into a crucible of violence fueled by sectarian certainty. Prompted by the world’s exhaustion with religious conflict, a new branch of Enlightened thinkers emerged. Skeptical of dogma and dedicated to reason and rationality as the basis for politics, Voltaire, Locke, J.S. Mill, and others permanently set politics beyond the reach of religious fundamentalists, securing an institutional guarantee of future peace.

For the scholar who digs into the facts behind this paradigmatic story, however, a surprising history awaits: religious liberty has had a nearly-unbroken intellectual history dating to the Second Century, and for much of that time, was entirely promoted by deeply religious and sectarian philosophers and clergy. This is the central thesis of Robert Louis Wilken’s excellent new work Liberty in the Things of God: The Christian Origins of Religious Freedom. Wilken, the author of The Spirit of Early Christian Thought, The Christians as the Romans Saw Them, and other works of religious history offers a corrective account par excellence. Against the trope of reason as the basis for religious liberty, Wilken argues that “Its origins are not political but religious, and its history is a tale of inwardness, of spiritual freedom, and of obeisance aimed upward” (2). In doing so, Wilken both offers a rehabilitation of religious politics in the eyes of the world, as well as a rebuke to those fundamentalists who may have lost their way.

Many theorists imply that religious liberty sprang fully-formed from the philosophy of Enlightenment, like Athena from the forehead of Zeus. Wilken, however, suggests that the idea of religious liberty has its genesis among early church fathers such as Tertullian and Lactantius. One might even go further, and find its origins in Christ’s command to “render unto Caesar what is Caesar’s, and unto God what is God’s.” From this exhortation aimed at the disciples comes one of the profound contributions of Christianity: that there are distinct temporal and spiritual powers, a city of God and a city of Man, and that it may be possible to do justice, to be a good citizen, of both cities simultaneously. This big idea would be developed by the Apostle Paul, by Tertullian, Augustine, Thomas Aquinas, John Calvin, and John Milton. Many of its most persuasive renderings come in the works of lesser-known figures, such as the reformer Sebastian Castellio, or the seventeenth century Baptist minister Thomas Helwys.

Do not be mistaken, Wilken is not opposed to the sixteenth- and seventeenth century developments in religious liberty that are widely appreciated today. Instead, he aims to reconcile and reconnect these more familiar ideas with “the inheritance received from early and medieval Christianity” (4). At the conclusion of the work, Wilken recapitulates that “any account of the rise of religious freedom must give a large place to the spiritual passion and intellectual energy of Christians” who understood that faith cannot be coerced, the ‘two swords’ of temporal and spiritual power ought not to be wielded by the same hand, and that the life of faith must be lived from within (183). In the pages that intervene, Wilken’s blow-by-blow intellectual history of religious liberty and toleration within the Christian tradition makes Liberty in the Things of God a resource that will be valuable even to those who remain unpersuaded by its central thesis.

For a dense and well end-noted tome, it is not an unpleasant read. The strongest sections of the book marry Wilken’s humble, tender prose with painstaking historical detail and incisive theoretical analysis. Wilken might have filled many more pages, yet it remains a relatively short text that will be widely accessible to those beyond academe. This brevity, however, may be one of its chief shortcomings. Despite his stated intention of connecting the sixteenth and seventeenth centuries with early and medieval Christianity, Wilken glosses over much of the latter. He covers the millennium between the fall of Rome and the Reformation in just twenty pages, many of which seem uncharacteristically shallow. In the doing, Wilken neglects major developments in the works of Thomas Aquinas, Marsilius of Padua, and other medieval theologians—as well as ignoring the investiture controversy that prompted many debates over the right relationship between church and state. In the treatment of medieval Christianity, Wilken over-promises and under-delivers. The book, ultimately, demonstrates a much more narrowly defined scope. Though there are chapters on the early church and medieval Christianity, it is a book about the sixteenth- and seventeenth-century arguments for religious liberty, as formed and presented by religious thinkers. This granted, Wilken has produced a history of the early modern period that is unmatched in its organization, focus, detail, while avoiding becoming too cumbersome.

In light of the dominant historical account, Wilken’s focus on theological and religious arguments is well-warranted. Many have heard of John Locke’s Letter Concerning Toleration, that paragon of liberality which yet excludes atheists, Muslims, and Catholics from the tolerable. Few, however, have read the work of Thomas Helwys, the Baptist minister who delivered to King James in 1611 a treatise defending the absolute freedom of religion which must be extended to all, regardless of their faith or lack thereof. Helwys would die in prison for his boldness. Wilken helps us recover such works, presenting an aspirational picture of Christianity at its most evangelical, confident, and peaceable. Not all Christian thinkers, however, displayed such scrupulousness. Thomas Aquinas, John Calvin, and even John Locke offer reasons to defend religious liberty, yet quickly amend them to exclude those they disapprove of. Wilken navigates these inconsistencies, so often the focus of secular histories, with remarkable nuance and humility, noting the maddening nature of such a disjoint between theory and praxis.

Ultimately, Wilkencharts the ways in which Christians have, historically, understood their relationship with the state. Against those who would seek to impose and construct a utopian society on earth, the Christian tradition charted here suggests humility, patience, and gentleness. Against those who suggest toleration requires capitulation or acceptance, it cultivates an ethos of respect, not for the content of a belief, but for the innately valuable humanness of those who hold the belief. While few of the thinkers profiled use the modern language of rights, Wilken convincingly portrays a Christian tradition that has argued for millennia that justice may not be served while the government persecutes ‘for cause of conscience.’

In the face of current demands for toleration that often malign the faithful, Christians may be encouraged to learn that religious liberty is a product of the religious mindset. Meanwhile, fundamentalists who balk at extending the same liberties to practitioners of non-Christian religions will find an account that calls the church to become bolder and more evangelically-minded. While the project stretches thin at points, Robert Louis Wilken has produced in Liberty in the Things of God a book tailor-made to address errors on both sides in our current struggles over the proper relationship of church and state. To the skeptic, historian, person of faith, or minister seeking to better lead their flock, it is essential.

Matthew H. Young is a doctoral student in political theory at the University of North Carolina at Chapel Hill. His work focuses on the development of theological arguments for toleration and religious liberty among seventeenth- and eighteenth-century Baptists. His work may be found in First Things, The University Bookman, and Modern Age.

Aristotle and Plato on Friendship

Review of Seeing Through the Screen: Interpreting American Political Films

New Television: The Aesthetics and Politics of a Genre