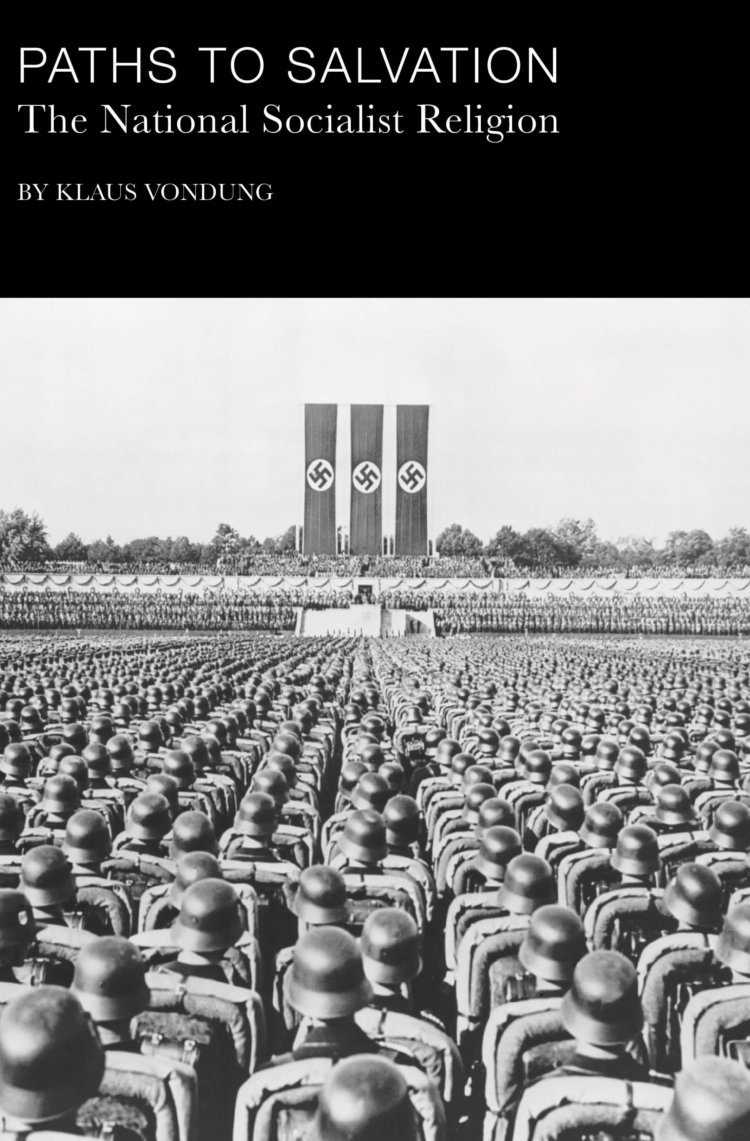 As a young scholar, working in the field of intellectual history and focusing mainly on the Holocaust, the day I discovered by chance Klaus Vondung’s The Apocalypse in Germany changed entirely my conception of the Holocaust and the Nazi regime.[1] Vondung, along with George Mosse, became for me an authority in whatever concerns the unique language, codes, and symbols of the Third Reich.

The most important point in the theoretical background, indispensable for understanding Vondung’s entire enterprise in the present book, seems to be the way Vondung posits his thesis of political religion as the only fruitful explanation of the Holocaust. Toward the end of the book he reviews the interpretations of some scholars who explain the persecution of the Jews as a process of “cumulative radicalization” (so-called “functionalists”) and he concludes:

The motives sketched above provide plausible explanations for why the Jews suffered discrimination, were dispossessed of their property, and driven from their country; indeed they can explain why the Jews were mistreated and murdered. But they do not explain why systematic and mechanized mass murder took place. Yet the Holocaust becomes plausible – in a perverse way – when these various motives are taken together and at the same time justified by the apocalyptic image of the evil enemy of mankind (p. 134).

Vondung is referring here to Hans Mommsen and Götz Aly, but his claim holds for any kind of functionalism. That is to say, the Holocaust, the annihilation of the Jews, remains wholly inexplicable without drawing upon the religious component, dominant in the Nazi worldview. The Holocaust would have never taken place without that religious component in the Nazi worldview. This is Vondung’s main claim which he corroborates by means of careful study of many texts, speeches, cultic celebrations, films, poems, novels, and diary entries from the period of the Third Reich.

What is then this religious component in the Nazi worldview, without which the Holocaust would never have taken place? It is above all the apocalyptic view of history: the envisioned end of history and salvation in a secular, political sense. Although the study is mainly focused on the Third Reich, with some deviations to the time between the wars, Vondung traces its inception back to the occupation of German territories by Napoleon in the early nineteenth century, to texts by Ernst Moritz Arndt and Johan Gottlieb Fichte (pp. 10-11). Then, in World War One, Germany’s enemies were viewed, inter alia, as the embodiment of the Antichrist (pp. 12-13). In 1924 Goebbels already talked about the future in terms of redemption (p. 19). In Mein Kampf, Vondung shows that Hitler, although probably unaware of it, unfolds his worldview in apocalyptic terms (p. 23). So, “religion” in the Nazi worldview refers mainly to the apocalypse and salvation in political and racist terms; it amounts to the “religious” division between good and evil, holy and satanic.

For Hitler the Jews were the “real author of all suffering” and Hitler believed that the salvation of the world depended on Germany winning the apocalyptic final battle against them (p. 122). Later on, Vondung writes, referring to Hermann Lübbe: “the article of faith concerning the evil enemy of mankind provided them [i.e., the German perpetrators] with the semblance of a formal justification for their deeds” (p. 130). Also race theory, Vondung claims, emerges out of this religious worldview (p. 132).

Vondung’s Paths to Salvation: The National Socialist Religion is, first, an indispensable study for historians, working on the Third Reich and the Holocaust, no less for German specialists. In a broader context, it is, second, an essential study on the relationship between religion, politics, and violence.

The book is mainly meant for scholars. Thanks to its transparent style and good translation, graduate students of German history, literature, and religion will likewise profit from it.