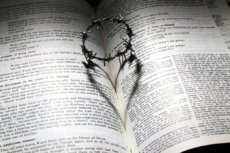 “I will be there with you.”

One of the most extraordinary moments in the history of revelation is God’s response to Moses’ question:  “They will say to me:  ‘What is his name?’ – what shall I say to them?”  The question is one of credentials.  Moses cannot just do this on his own, in his own name.  “Who am I that I should go to Pharoah, that I should bring the Children of Israel out of Egypt?”  They will want to know for Whom he is speaking.

For God’s response, the most illuminating translation is by Martin Buber and Franz Rosenzweig:  “I will be-there with you and this is the sign for you that I myself have sent you.”  God will be present, and it is precisely God’s presence that certifies his mission.

Moses has a second reservation (Exodus 4:10):  “No man of words am I … for heavy of mouth and heavy of tongue am I!”  And God once more answers (4:12):  “I myself will be-there [the same root verb] with your mouth.”  Eloquence is not important.  What matters is for Moses to be speaking, not only for, but from, God.  The deep mystery suggested by the King James version, “I am that I am” is unsurpassed for awed reverence; but, if God wants Moses or the Israelites to actually do something, it is crucial for God not just to be, but to be-there, with them, whatever may come.

Here God has revealed to Moses, and to us, not just that He will be-there with us, but that this is his very name, something akin to his very essence.  His being is being-there and being-for.  And this divine presence is the precondition not only for Moses’ task, but for your task and mine, for the existential task of living in truth.  Which raises the question:  How is God present to us?

One way is beautifully expressed by Nicholas of Cusa, in The Vision of God, in the image of the omnivoyant painting whose eyes look at you wherever you stand and follow you across the room, and do so as if you were the one and only object of its gaze.  One might call this divine omnivoyance.2

Whereas the omnipresent God and the divine pole of human existence are constants, in other ways the divine presence is variable according to time, person, and place.  There are dramatic moments of divine irruption, such as Moses’ encounter–revelations that  define the world’s great religions and mark the spiritual breakthroughs of meaningful history.

But experiences such as Moses’ encounter give meaning, not only to history writ large, but to the lives of individual men and women.  This is, of course, the generative insight of Voegelin’s phenomenology: that that there are no eidetic structures of consciousness as Edmund Husserl supposed, because there is no such thing as Consciousness-as-such.

It is not only in Mosiac or Abrahamic traditions that the divine presence is understood as available, not only to prophets and seers, but to everyone.  “The central aspect of Hindu worship,” explains Diana Eck, “is to see and be seen by the deity.”4  The rites consecrating a sacred image invite the god or goddess to be present there.  However, seeing the deity is not an act initiated by the worshipper.  “Rather,” she writes, “the deity presents itself to be seen in its image. . . . And the people ‘receive’ their darshan [auspicious sight].”5

The divine reality makes itself seen not only in consecrated images but in sacred places such as the Ganges (or Mother Ganga), holy persons such as saints and sadhus, and sacred moments such as birth, marriage, and death.  Although the vocabulary is different, darshan bears some resemblance to the divine presence in Christian communion, in conversion experiences, and in the prayerful reading of the scriptures.

In Hindu understanding, seeing is an active sense that reaches out and touches and is touched by, the object.  Hence, it is a medium of blessing as well as “a form of knowing.” 6  According to the Brahmanas, “The eye is the truth.  If two persons were to come disputing with each other, . . . we should believe him who said ‘I have seen it,’ not him who has said ‘I have heard it.’”  Theological argument is heard; revelation, darshan, is seen.

Francis Clooney, a Jesuit who holds the chair in comparative theology at Harvard, describes his own experience at the temple dedicated to the goddess Lakshmi, Vishnu’s eternal consort.  “I used to stop in and stand there for a few minutes. . . .”7  “I felt oddly, entirely at home” in the “dark, quiet, attractive shrine.”8  “I was face to face with a reality–a kind of real presence. . . . I knew that according to Hindu tradition I was also being seen by Her.  I did not have. . . easy words by which to explain this concrete and in some ways very foreign moment of encounter.”

Moreover, the encounter invited a response (a divine encounter always does).  “I suppose [standing there as I was] I might have even worshipped Her. . . as it were seeing and being seen.  But Christians do not worship Goddesses, so I did not.  I just stood there, looking.”

The Encounter with God: Sojourner Truth

Clooney then cites a very different encounter, not from his own experience but from the Narrative and Book of Life of Sojourner Truth.9  God spoke to her, Clooney says, “as God has not yet spoken to me, and I need to listen.”

At a low point in her life after gaining freedom, she is planning to visit her old master’s home:

And so, says Clooney, begins a remarkable exercise in spiritual discernment:

A Brazilian of the Apinaye

A brief final example.  The Apinaye are a tribe in eastern Brazil.  Years ago, the chief told an anthropologist about his own divine encounter as a young man:10

“Suddenly I saw him standing under the drooping branches of a big steppe tree. . . . He was tall and light-skinned, and his hair nearly descended to the ground behind him. . . . I recognized at once that it was he.  Then I lost all courage. . . . I thought to myself that I should have to address him, but I could not utter a sound because he was looking at me unwaveringly.”

The young Indian tries to regain his composure but fails, and the divine presence leaves.  But:

“At night while I was asleep he reappeared to me.  I addressed him, and he said he had been waiting for me in the steppe to talk to me . . . He led me some distance behind the house and there showed me a spot on the ground where, he said, something was lying in storage for me.  Then he vanished.”

“The next morning I immediately went there and touched the ground with the tip of my foot, perceiving something hard buried there.  But others came to call me to go hunting.  I was ashamed to stay behind and joined them.  When we returned, I at once went back to the site he had shown me, but did not find anything any more.”  He had missed his chance. ‘I would have received from him [a great blessing] . . . .  But I was still young then; today I should act quite differently.'”

“Was this a genuine divine encounter?  We are puzzled.  We hesitate to answer.  Why do we hesitate?  Something stands in our way.  What is it?  It is the scandal–the scandal of the concrete, the particular, the literal–the scandal of anthropomorphism.  When, in an excellent book on religious language, Cambridge philosopher Janet Soskice writes that ‘we take it as given that no eye has seen God and no finger pointed Him out,’11 she speaks for all us modern, sophisticated folks.  Yet something is wrong with her insouciant dismissal.”

The Concrete Experience of God

Several years ago I was reading various metaphysical accounts of God and, as I am wont to do, praying about what I was reading.  And, as I have mentioned at these meetings before, I sometimes receive a verbal response, as if a “still small voice” were whispering in my ear.  And, on this occasion, to my horror, what I heard was:  “Get more anthropomorphic.”  I take these promptings seriously, and this one led me to take the personhood of God very seriously, and not to worry so much about the scandal.

Nevertheless, I was surprised to come across, just recently, the following comment by Dutch theologian Hendrikus Berkhof:

“With Abraham begins the awareness of a break between the deity and the experiential world. . . .  God is now far away and hidden.  But when he comes and helps, he is infinitely closer than any god of naturalism could be.  Then he has a face, then he has an unambiguous purpose, then he is present as the great covenant partner, and it takes the most daring anthropomorphisms to describe his saving nearness.”12

“There has always been the inclination to escape the linguistic problems by choosing other words. . . .An oft-followed course to get rid of the problem of figurative language is the substitution of impersonal, abstract concepts for personal and concrete expressions.  But this does not help either.  One may think he has exchanged the ‘lower’ figurative language for the ‘higher’ language of the abstract concept.”

“The concept, however, is always a faded image. . . and suffers from the same problematic as the image. . . .The problem has only been shifted, because the terms are now derived from impersonal realities.  The underlying assumption is that one comes closer to God and expresses him more adequately with the use of impersonal instead of personal categories.  That assumption needs verification.”13

Berkhof finds that, to the contrary:

“The casual manner in which the biblical witnesses apply the language of human existence and interpersonal relationships symbolically to revelation is due to the fact that in this revelation they encounter a God who enters into a personal relationship with them in which he behaves very humanly.  Their anthropomorphic language corresponds to the nature of the encounter they describe.”14

In fact, “when the symbolical terms function in the context to which they belong, they are so relevant and transparent that we may no longer say that they are used in a ‘figurative’ sense.”15

Not a Metaphor but a Presence

As Karl Barth puts it:

“Our words are not our property, but His.  And disposing of them as His property, He places them at our disposal when He allows and commands us to make use of them in this relationship too.  The use to which they are put is not, then, an improper and merely pictorial one, but their proper use. . . .  When we apply them to God they are not alienated from their original object and therefore from their truth, but, on the contrary, restored to it.”16

Critical discomfort with language expressing the divine presence does not appear, Berkhof says, as if echoing Voegelin, “until there arises a scientific detachment or an existential estrangement.”17  It is a concern responsive, not to divine presence, but to divine absence.  It is a concern only when the language is torn from its natural context and from its semantic field.

17. Ibid., p. 75. Berkhof reads as if he were translating Voegelin into the framework of (Reformed) Christian theology, but Voegelin is nowhere cited.

Jerry L. Martin held held senior positions at the National Endowment for the Humanities in 1988-95, including acting chairman. From 1967-82, he a Professor of Philosophy at the University of Colorado at Boulder, where he also served as the Director of the University's Center for the Study of Values and Social Policy. He is author of God: An Autobiography, as Told to a Philosopher (Caladium, 2016) and currently is chairman emeritus of the American Council of Trustees and Alumni.