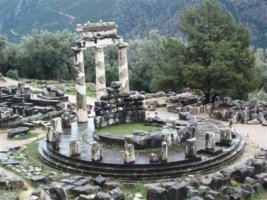 In the past people looked to religion or the arts for divine inspiration and a sense of wonder; today we look to technology, the gods of our age, for answers. Except for a few, people do not understand how information technology actually works while becoming more dependent on it for running our lives. For example, when we don’t know something, our first instinct now is to Google it and have the answers appear before us, like the prophecies from the Oracle of Delphi or the utterances of medieval saints. Like these answers of old, we don’t know how the information is furnished to us, we just assumed that it is right.

In this world of information technology, we have lost our privacy with our lives becoming transparent not only to us and our social media friends but to corporations and governments to monitor and surveil us. We live in a world of constant supervision imposed by ourselves and monetarized by others in the production of data of our identity, behavior, and preferences. It is no wonder that this current generation of college students are motivated by fear, for they are always watched. Every word spoken, every action taken, every thought written is recorded and part of a permanent record that trails them.

Unlike previous generations, analog generations, this digital generation has little space to make mistakes, for they may come to haunt them later in their careers and personal lives. For those of us who lived offline in our youth, we had space to take chances, make mistakes, and learn from them, knowing that those moments wouldn’t define us forever. This is not the case for this generation where everything is recorded, and the stakes are higher where, in this globalized economy, securing a middle-class life is more and more difficult. Not wanting to be left behind in this winner-take-all economy, students must accumulate accomplishment after accomplishment not only to affirm who they are and what their worth is but to survive in the marketplace of social media and other information technologies.

One of the stranger effects of this digital life is students’ nostalgia for a past in which they didn’t live. The popularity of the portrayals of pre-digital culture with this generation, such as the television shows Stranger Things or Friends, taps into not only in an imagined past but paints a world devoid of instant and virtual communication where people had to spend time with one another in the same physical space and moment. It is a world without constant supervision (e.g., latchkey kids) where mishaps and mistakes are made, secrets can be kept, and one can grow and change without every step permanently recorded. One suspects the popularity of these sort of shows is a yearning for a contingency for human relations and a community that resides in memory rather than statistical analyticals.

The paradox of living a digital life is to be both isolated and communal simultaneously. With our information technologies, we live our lives in isolation, whether watching movies at home instead of the cinema with strangers or having a conversation on our mobile instead of sharing a single telephone. The public sphere of off-line life has shrunk considerably. But, at the same time, our lives are more communal with social media, video games, and other forms of electronic space. We are able to form virtual relationships with people around the world and even change our identities online. It remains to be seen whether in the future our online selves will become our genuine, authentic selves, or whether we still see the off-line world where reality truly exists.

In spite of some these concerns, information technology can provide a new place for intelligent public exchange and engagement to transpire, whether in platforms like this one at VoegelinView and elsewhere. The barriers to participate in these exchanges are lowered in the online world, where credentials matter less and ideas matter more. The trade-offs, however, are not only cases of mob rule and frontier justice in the online world but also fake news and scholarship. For example, several members of the Voegelin community, including me, have tried to correct the errors on the English Wikipedia Eric Voegelin page to no avail because nobody knows how the site actually works. It’s not clear who ultimately decides what is posted, for we know online identities are malleable, if not outright fraudulent. The result is a distorted record that our community happen to know but others take as true. This is the real danger of the Internet where what we think is correct but don’t really know for certain.

To understand these issues require us not only to know how information technology work (e.g., the logic behind algorithms) but what are the philosophical assumptions and underpinning of technology itself, for, despite what Silicon Valley and the managerial class claim, technology and data is not neutral. The assertion that the data is merely telling us this or that is merely an act of bad faith to remove judgment and responsibility for one’s decision. Often data is not a cause but an effect, reacting instead of shaping events. To have a thoughtful and reflective about technology therefore is to ask what is the theory behind it. Our failure to do so is to continue to live our lives in a “dark age” where the magic and wonder of technology hides us from our demographic, cultural, and economic decline. Whether we will be able to emerge from this remains an open question, but nevertheless it is imperative for us to try.

Why Tennyson’s Lady of Shalott Has to Die