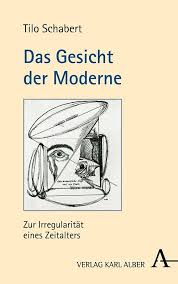 A book never can meet all the expectations readers of it may project on it. Even if its subject wouldn’t be treated in one volume only, but in twelve volumes. Nor could its author exhaust, by preventive arguments, all questions that readers, in their encounter with the book, may imagine. The hermeneutical process is endless. This is no reason to despair. Rather to rejoice. For the nature of hermeneutics invites us to understand a book as an opening. There is the book and beyond the book are all those possibilities for readers to make out if it what will be their book. If such a book is produced, hermeneutically, we are in the midst of a dialogue between author and reader.

Tom Flanagan’s review of my book – Das Gesicht der Moderne – does indeed largely represent his book. It perfectly manifests the virtue of hermeneutics. For it draws me into a discussion of his book in comparison with mine. What he has read is, in quite some regards, different from what I have written. He heard a message of the book that I had not intended to convey. He understood the book one-dimensionally, while I had striven for a multi-layered structure. From his book the indications have disappeared by which I referred to the body of publications of mine of which Das Gesicht der Moderne is a part and through which therefore its status ought to be discerned. I take his request for “another book” as a well-meant summons. But I have been responding to it all the time since I had, indeed 40 years ago, finished Gewalt und Humanität, the book that forms the beginning of the intellectual journey on which I embarked, and which therefore, in the view of my publisher and in my own, did merit a resurgence, in a renewed form.

For revisions were made and new literature integrated. And the major message of the book was emphasized by a totally different ending of the book. I never augured for modernity simply a “bleak prospect.” My criticism of the project of a “modern” civilization has always and consistently been more radical and thereby therapeutic. A modernity of human existence can of course be pursued, I argued. But the pursuit will cause only a perennial state of existential, social, cultural crises. It will never lead to a fully modern human world. There are, then, as I plainly pointed out in Das Gesicht der Moderne, two stories to be told: the one on the shaping of the image of a fully modern world, and the other on the persistent failure of all attempts to remake our world according to that image.

Why? The cosmos of pre-given forms within which humans exist, I now respond, is indestructible. Modernity fails because of them. A recognition of their presence renders us the truth of our existence. The modern malaise in the mind disappears. Das Gesicht der Moderne reflects the beginning of my quest for an empirically tested substantiation of this insight. An intellectual journey began – and hence the indications I mentioned are so important – set on empirical paths, and destined for the Gestalten through and within which all that is, indeed is.[1] (We have, let me add this remark pro domo, no better word than the German term Gestalt for defining the pre-given forms I am speaking of).

A detailed index is the best key to the message of a book. There is one in Das Gesicht der Moderne, and if we look at it, we easily can perceive the anchoring of the book in a cosmological awareness. Take entries such as “Antiquity,”, “cosmological consciousness,” “God,” “limits,” “cosmology,” “cosmos,” “cosmos of the world,” “primary order of the world,” consult the corresponding pages, and you will discern the alternative to modernity that stimulates the whole of the book. In fact, only in thinking of that alternative the criticism of modernity articulated by the book made sense.

This idea of an alternative finally led me to write for Das Gesicht der Moderne a concluding chapter on the very particular achievement in the modern period that is the constitutional regime. I deliberately entitled the chapter “Gestalt in der Moderne.” For I wished with the term Gestalt – neither “form,” nor “order,” nor “shape,” just learn at least this portion of German – to express the non-modern nature of modern constitutionalism. The people to which the theory of constitutionalism applies are very modern people. They are egoistic, driven by their desires and passions. But, then, precisely this modernity of their character is used to make them obey modes of conduct that are by no means modern but classical: self-limitation, moderation, prudence. The theory of constitutionalism perfectly illustrates the purpose of Das Gesicht der Moderne: criticism and therapy. There is no need here, at least as far as I am concerned, for “another book.”

However, the body of books of which Das Gesicht der Moderne is a part, isn’t complete yet. The response to modernity – the modern age – is a theory of the cosmos of pre-given forms within which humans exist. A theory that will be valid only if it is grounded empirically. I am grateful to Tom Flanagan for his reminder.

Tilo Schabert is a Board Member of VoegelinView and a Professor Emeritus at the University of Erlangen-Nuremburg. He is the author of several books, with the latest being How World Politics is Made (Missouri, 2009) and The Second Birth: On the Political Beginnings of Human Existence (Chicago, 2015).

The Father’s Tale: An Everyman in Quest of His Wholeness