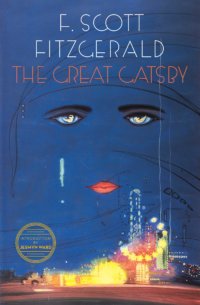 Using the framework of a subjective narrator, F. Scott Fitzgerald created an unconventional protagonist in the form of Jay Gatsby in The Great Gatsby. To Nick Carraway, our narrator, he was a man who appeared enviable at first: If personality is an unbroken series of successful gestures, then there was something gorgeous about him, some heightened sensitivity to the promises of life . . .  [Gatsby had] an extraordinary gift for hope, a romantic readiness such as I have never found in any other person and which it is not likely I shall ever find again. Yet Gatsby represented more than the persona of the idle rich or a mark for gossip, for he also exemplified an idealistic man without a true life purpose. Yes, it’s true. Idealism, that romantic readiness, that gift for hope, can be utterly void of purpose, much like the American Dream of a century ago when Fitzgerald wrote.

By his own admission, Gatsby confided to Nick that he had had a taste of the rich life at a young age. In fact, he benefitted three times from an exposure to a wealthy lifestyle. The first instance was as a seventeen-year-old, working the shores of Lake Michigan. By happenstance, Dan Cody hired Gatsby to work his yacht which represented all the beauty and glamour in the world, and Gatsby did so for five years, all the while enjoying the benefits of an employee serving a man with a lavish lifestyle. Though Gatsby was left without his legal inheritance after Cody’s death, he had sampled success and the rich life. Secondly, as a commissioned officer in World War I, Gatsby and other officers had been welcomed to the Fay estate where he had never been in such a beautiful house before. In fact, he let Daisy Fay believe he was from the same society as herself, his first foray sporting a wealthy facade. He was successful this time in his illusion. However, after World War I, Gatsby returned a penniless hero. Again, by happenstance, another wealthy citizen, Meyer Wolfsheim, introduced Gatsby to the world of illegal gambling and liquor distribution and indulged Gatsby with the bait of a wealthy lifestyle. This was easy money, not true work ethic or success. With both Cody and Wolfsheim, patrons of sorts, Gatsby allowed them to influence and even control his life, and so he passively let things happen to him, not motivated to pursue his own occupation or passion. He had adopted the materialistic pursuits of others without a true purpose or passion of his own. Perhaps Gatsby saw these times of wealth as good fortune or as a means to an end to eventually reacquire Daisy. Whatever the theory, it’s clear that Gatsby had lived with illusion for a long time.

This same apathy, however, was not part of his formative years. Curiously enough, Gatsby’s father told Nick of how Gatsby had created his own “General Resolves” inside of his boyhood copy of Hopalong Cassidy. The young Gatsby had created rules for his behavior as well as a regimented schedule. This routine had included exercising, studying electricity, working, playing sports, practicing elocution and poise, and concluding each day with a two-hour study of inventions.

Somehow, Gatsby had never let go of this youthful idealism, a desire to improve himself or his status. By his adult years, though, it was this sense of idealism that grew vacant within him. Could a grown man live his life with the ideals of his boyhood? Nick didn’t think so and declared to Gatsby that he couldn’t repeat the past, but Gatsby exclaimed, Can’t repeat the past?… Why of course you can! This is no longer idealism then, but sentimentalism or nostalgia, a hope to recapture what once was.

Compounding his false idealism and vague life purpose was Gatsby’s relationship with Daisy. Gatsby was partly motivated to pursue wealth and its appearance because he hoped to rekindle his past love with Daisy. He was overwhelmingly aware of the youth and mystery that wealth imprisons and preserves, of the freshness of many clothes, and of Daisy, gleaming like silver, safe and proud above the hot struggles of the poor. His love for Daisy was an imagined paragon that had become synonymous with his ideal world of luxury.

When Gatsby first met her, he was consumed with wonder at her presence. He was certain that being with her was a vital part to his dream, for He knew that when he kissed this girl, and forever wed his unutterable visions to his perishable breath then his mind would be at peace. But once he began to see that she wouldn’t leave Tom and that their romantic interlude from years before couldn’t be recreated, Daisy tumbled short of his dreams…. [She became a] colossal vitality of his illusion. Gatsby’s face even showed a faint doubt when observing her. In every way, this theme of lost dreams and visions parallels Dexter’s loss in Fitzgerald’s short story “Winter Dreams.” His internal picture, his dream, of Judy was eclipsed by the reality of her harsh behavior and cruel heart. Dexter’s ideal was fittingly shattered as is Gatsby’s.

By the end of The Great Gatsby, Nick had been privy to so many of Gatsby’s dream-like divulgences that he declared that Gatsby was guilty of an appalling sentimentality and felt that Gatsby had lost the old warm world, paid a high price for living too long with a single dream. In retrospect, Nick clearly saw Gatsby as a man without purpose, a man replete with obsessive illusions: He [Gatsby] did not know that it [his dream] was already behind him, somewhere back in that vast obscurity.

As Nick did, Fitzgerald likened Gatsby’s disillusionment and lack of purpose to that of the American people during the Roaring Twenties, those said to be in pursuit of the American Dream and materialistic success, ever reaching towards that green light, thinking the Dream would and will save them. When ideals are found to be false, when life is found to be purposeless, when unalienable rights leave our souls empty, then Gatsby remains an iconic and tragic symbol of Fitzgerald’s portent for his fellow Americans.

This was originally published with the same title in The Imaginative Conservative on January 31, 2018.

Darwin vs. Morality: Trying to Find a Biological Basis for Morality