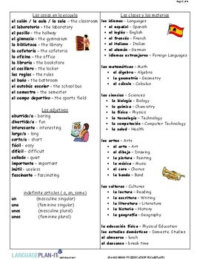 E.D. Hirsch (the cultural literacy guy) has, I think, written the most important article on educational “outcomes” in a long time. The great benefit of education, “the key to increasingly upward mobility,” is expanding the vocabulary of students. Why is that?

This was originally published with the same title in The Imaginative Conservative on January 30, 2013.

The Russian Empire: The Amber Room

From the Multiversity: Three Reformations