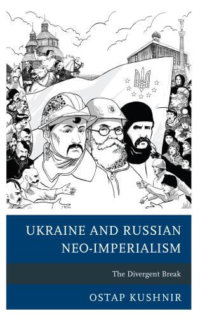 Since the end of the Cold War, Ukraine has neither transition to a European-style democracy and economy nor has it become a one-party state and planted firmly in the Russian orbit. After the Cold War Ukraine declared itself a neutral state and then in 1994 formed limited military partnership with both the Russian Federation and NATO. In spite of the corruption of its Presidents Kravchuk and Kuchma in the 1990s, Ukraine adopted a new democratic constitution and gave up the third-largest nuclear stockpile in the world. In 2004 Viktor Yushchenko became president, ushering in the Orange Revolution, only to see it collapse because of the 2008-9 financial crisis. The election of the oligarch-backed Victor Yanukovych in 2010 began the rollback of democratic and liberal reforms and moved Ukraine closer to Russia. These policies sparked the “Euromaidan,” a series of protests, mostly in western Ukraine, and ultimately led to the election of Petro Poroshenko in 2014. The election of a pro-European candidate was a threat to Putin with Russia invading Crimea and Sevastopol and the regions Donetsk and Luhansk declaring independence from Ukraine. A ceasefire was negotiated in 2015. Since then Ukraine has undergone a series of reforms in the hope to join Europe, while Crimea and Sevastopol remain in the Russian Federation.

Ostap Kushnir’s Ukraine and Russian Neo-Imperialism examines the relationship between Russian and Ukrainian political culture to help us make sense of these recent events. According to Kushnir, Russian political culture is characterized as a centralized and ever-expanding state regardless of period or political regime ruling it. The current neo-imperial expansionist behavior of Russia is in reaction to the growing western presence in its sphere of influence (e.g., Ukraine, Poland, Georgia) and to rectify the humiliation it had suffered in the 1990s after it had lost the Cold War. Now with ample resources, Russia’s recent aggression in its neighboring states as well as in western domestic elections is to revive the Russian Empire, projecting power well beyond its borders.

The Russian incursion in Ukraine therefore is not triggered solely by the democratic aspirations of Kyiv but also is part of Russian strategic objectives and interests. Unlike Russia, which sought exclusiveness and unification around a specific nationality, Ukraine has been inclusive in its national identity with significant German, Jewish, Russian, and Polish populations living alongside Ukrainians. Unlike Russia, Ukraine tended not to prohibit other religions. Although Orthodoxy was dominated and interfaith conflicts transpired, Ukrainians were not forced to abandon their faith. Finally, the democratic legacy of Kyiv Rus and the medieval Cossacks made Ukrainian political culture one of decentralization as opposed to the Russian centralization of power in, what Kushnir calls, the Triad (Orthodoxy, Autocracy, Nationality).

The book consists of an introduction, a conclusion, and five chapters. The introduction presents Kushnir’s methodology of Voegelin’s theory of political symbols and Maurice Halbwach’s theory of collective memory. Political symbols shape and reflect the indigenous political reality through the evocation of a variety of governing mechanisms, with political elites playing a crucial role in representing society’s needs, desires, and aspirations. Collective memory is the storing, generalizing, and shaping of personal experiences by comparing them to notable historical events. By adopting these two theories, Kushnir explores the collective memories and political symbols of the Ukraine and Russia in order to uncover the similarities and differences between these two countries’ political cultures.

The first chapter examines the Russian national identity as a combination of Byzantium, the Mongol Golden Horde, and the Moscow principality. The key characteristics of Russian political culture for Kushnir are Nicholas I’s (1825-55) “Official Nationality” (Orthodoxy, Autocracy, and Nationality); the tradition of caesaropapism and patrimonialism; the emphasis on Russian ethnicity; and the system of the sistema where personal loyalty and relationship matter more than the authority of office and the rule of law. The result is that Russian political culture is oligarchic rather than despotic or authoritarian: leaders are dependent upon the consent of political elite to govern them. However, if a leader is clever enough to consolidate power (e.g., Stalin, Putin), then despotic rule is possible.

Chapter two explores the concept of Moscow as the Third Rome to account for Russian imperial expansion. The collapse of Rome and later Constantinople left Moscow as the sole bastion of orthodox Christianity and influenced Russian messianism that believed only Russia could redeem the world (e.g., pan-Slavists, Bolsheviks, Eurasianists). Although the specific contents of the ideology changes over time, Russian messianism is the underlying impulse for Russian expansionism. With respect to the Ukraine, there were three strands from the very beginning: one believed that the future of Ukraine required it to be codependent on Russia; a second seeking an isolationist policy; and the third that looked towards Europe and saw Russia as a threat.

The third chapter investigates the causes for Russian expansionism, specifically in the Ukraine. Because its historical experience is so divergent from the West, Russia can only be understood on its own terms: one has to look at Russia’s collective memory and the political symbols as opposed to imposing western concepts and theories on it. Kushnir does this by employing Voegelin’s theory of political symbols to show how the Russian Triad (Orthodoxy, Autocracy, and Nationality) is the underlying motive for Russian expansionism. In other words, for Russia to exist, it must be an empire and continue to expand. Ukrainians consequently must confront Russian expansion not with western-informed denouncements but rather adopt the political symbols of Russia in order to resist, cooperate, or submit to Russian enlargement.

Chapter four reviews the collective memory of Ukraine and discovers features in its political culture that makes it more open to democracy when compared to Russia. One historical resource is the medieval Cossack tradition where multiple sources of power and loyalties existed; another is the history of religious toleration; a third is the ancient political practice of Ukrainian elites rotating as leaders and subject themselves to criticism. These historical resources make Ukraine open to a decentralization of power and democracy and thereby can serve to buttress against the influence of Russian political culture.

The last chapter analyzes the recent events in the Ukraine. The existence of a tradition to self-organize, protest, and participate in revolutionary movements manifested itself in the Ukraine’s Orange Revolution and Euromaidan. The problem confronting Ukrainians is not only the nearness of Russia but its own internal diversity, which makes collective action difficult, and the lack of knowledge of how to make reforms actually work. What results is a vague political symbol of the state and law to which people do not feel connected. If Ukrainians want to be successful in rallying all their citizens in political action, their elites must discover political symbols to which citizens can connect and be motivated to participate in democratic life.

Kushnir concludes that the West should help Ukraine in its democratization, even if it means that it will confront Russia. However, the aim should not be to defeat Russia but to exhaust it so that engagement in the Ukraine is unprofitable for Russia (e.g., 1980s Afghanistan). But if the West takes a neutral stance, as it does today, then Ukraine will fall back into the Russian sphere of influence.

Ukraine and Russian Neo-Imperialism is a timely and thoughtful book about the relationship between Russia and the Ukraine and explains why the two are in conflict today. By juxtaposing Russian and Ukrainian political cultures, Kushnir draws out the similarities and differences between these two countries and how we can understand them. For those who want to know about Russian foreign policy and its relationship to Ukraine, Ukraine and Russian Neo-Imperialism is a book you should consult.

An interview with the author about his book is available here.

Liberty in the Things of God: The Christian Origins of Religious Freedom

Walker Percy, Fyodor Dostoevsky, and the Search for Influence