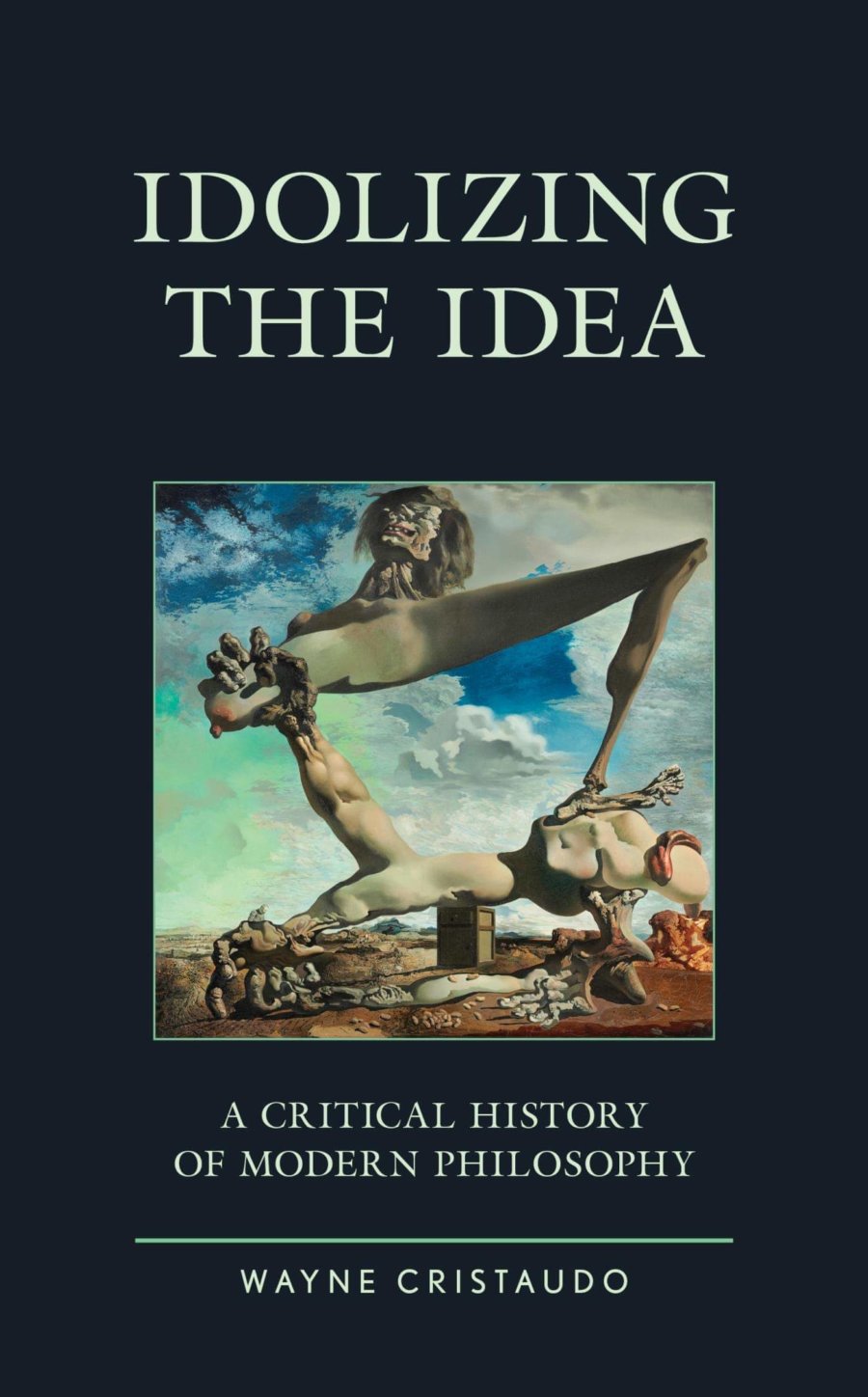 Philosophy only gained social and cultural significance during the Enlightenment when the ideas of Deism and atheism, facilitated partly by Masonic lodges, spread to the general population. The result was that ideas replaced God to which we in the West appeal for authority. But this “idea-ism” is just a faith that directs our attention to features of reality that conform to our models and ignore those aspects that do not.[1] Philosophical ideas are important to organize our thought but there are other forms of thinking that are equally important.

Cristaudo starts with Plato in his examination of ideas and shows that these ideas emerged from a particular concrete encounter among interlocutors who have differing motives and methods to address certain problems. This is contrasted with the moderns’ method of abstraction and bifurcation between, on the one hand, the mind and body, and, on the other hand, the observer and observed. This approach was later modified by Locke who relied upon experience as the source of knowledge and led to a creation of a new metaphysics, one where the world is nothing more than mechanical nature, by the likes of Berkeley, Malebranche, and Leibniz.

Hume comes off surprisingly well in Cristaudo’s account as returning philosophy to a common world of everyday life. Hume wanted to improve human understanding when it was dealing with human affairs and where moral behavior really mattered. But while general life did not need philosophy to carry on, it can benefit from philosophy as long as philosophy was preoccupied with general life.

Hume’s account of philosophy provoked a reaction not only in Kant and his transcendental idealism but also in Thomas Reid who invoked common sense against philosophy. According to Reid, philosophy failed to take human sociability and action sufficiently seriously to see its own activity within a greater context. Reid was not opposed to the advancements of natural philosophy but warned against its rationalist excess when philosophers claimed that ideas themselves were the only things of value.

Kant’s response to Hume’s skepticism was the opposite of Reid’s: metaphysics was shaped not by common sense or custom but by understanding and representation. The Newtonian culture of scientific inquiry created a community of disinterested observers where knowledge could be gleaned from nature. Kant, likewise, adopted this perspective for philosophy and largely left untouched the experiences of faith and aesthetics. This Kantian rational faith, in turn, was challenged by Fichte’s willful idealism, Hegel’s historical Absolute, and Schelling’s “being and thinking.”

Cristaudo next reviews the post-Hegelian reaction with his analysis of Marx, Kierkegaard, Schopenhauer, and Nietzsche. In Marx we see ideas ignore facts to the contrary; in Kierkegaard we see an admiration not for Plato’s theory of ideas but for Socrates the person; in Schopenhauer ideas only confirm the unintelligibility of the world; and in Nietzsche ideas are only rationalizations for our will to power.

Analytic philosophy’s preoccupation with logic, language, and rationality and its neglect of other realities and questions like metaphysics mirrored the same problems of Kantian transcendental idealism. Like their continental counterparts, analytic philosophers have committed idea-ism where only ideas constitute knowledge and other realities that do not conform to their ideas do not exist. Husserl and Heidegger also committed the same error of idea-ism: the former’s faith that the phenomenology will eventually yield a foundation of knowledge; the latter’s “idea-istic” history replacing actual history, especially in his account of Christianity. Analytic philosophers, phenomenologists, and Heideggerians all discarded tradition in order to “start again” but this start, in spite of variant manifestations, was essentially the same in their belief of idea-ism.

The struggle for emancipation, liberation, and the elevation of victimhood in the 1960s was also reflected in the philosophies of Foucault, Derrida, Habermas, Deleuze, and others. These philosophers sought to create a new future of critical domination (as opposed to the earlier era of uncritical domination) where there were more open ways to think. Philosophy would continue to play a role but not the role in thinking, being humbler in its aspirations and claims in what constitutes reality.

Idolizing the Idea: A Critical History of Modern Philosophy is an excellent account of how ideas become tyrannical as the model for the only way of thinking. From the early modern period to the late 1960s, Cristaudo offers a critique of philosophical hubris that is needed among our academics and meritocrats today. With careful analysis, sobriety, and lucidity, Cristaudo shows how the modern West has been led astray and what alternative paths we can take to correct it.

[1] Cristuado’s term “idea-ism” is not idealist philosophy but rather a faith that ideas have explanatory and authoritative power to understand and shape reality.