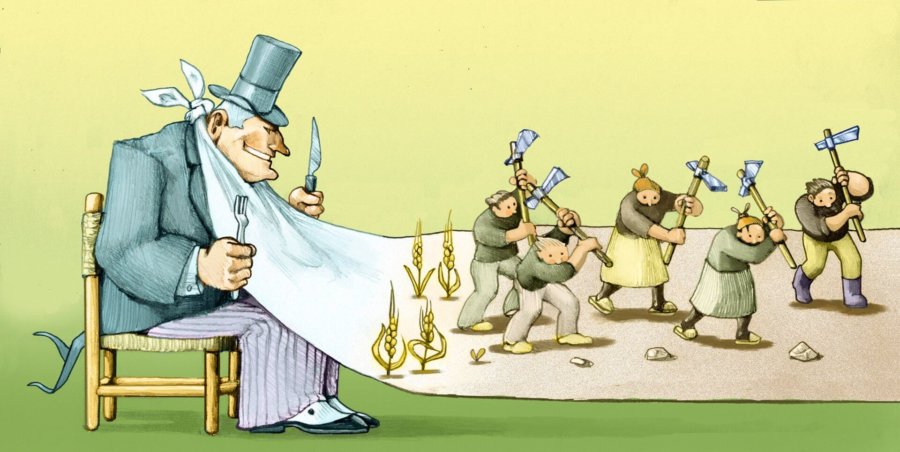 Is capitalism itself intrinsically “woke”? In “The Distributist” column in the latest issue of the American Chesterton Society’s magazine, Gilbert (for which I am a contributing editor), John Howting argues that “ ‘Woke Capitalism’ is Capitalism.”[1] It’s a rather odd claim since “capitalists” are often accused of wanting “unfettered markets” in which the only value is the almighty dollar and nobody cares about anything that is not related to making money. Mr. Howting, however, argues that “Capitalism is progressive by nature.” What does he mean?

Much of his column follows a general pattern of criticism of advanced market societies that have given us many more options in terms of consumer items and opportunities. He begins by talking about marriage, arguing that “the market has technologized and monetized” it. What he means by this is that there exist dating sites that “can match you with someone based on 58 critical areas, scientifically proven to measure compatibility.” He seems to think that the access to many more choices of people to marry has us focusing more on “becoming” than “being,” the former having to do with “accepting one’s place in the created order” while the latter with “forsaking one’s place in favor of another place.” The long and short of this is that having “500 restaurants” to choose from makes us unsatisfied with what we have and tempts us to choose different restaurants each time we go out and also to leave behind current spouses. The basic idea is that a consumer society encourages us to think of marriage as simply a transaction that we can cancel at any time and not as a stable institution to which we ought to submit ourselves. This is itself a transgression of limits and thus “progressive.”

Now, I think there is a bit of truth in this argument. Living in a consumer society we can come to think about marriage, family, and political society in exclusively economic terms in which we are consumers who can cancel a marriage as easily—nay, more easily!—than we cancel a cell phone contract. There is no doubt that we can come to think that the only limits applied to our lives are the ones we willingly accepted when we signed a contract of some sort. We can forget that we have moral obligations that are placed on us by virtue of our place in the created order: what Edmund Burke called “the burdensome duties.” One might even argue that in a society that breaks down into simply atomic individuals who think only of their contracts, the temptation of an authoritarian or totalitarian order will come to seem attractive to people.

But there are a lot more things to disagree with. First, the vices of envy, adultery, divorce, and the treating of others as means to ends are not the result of “capitalism” at all. We might have more opportunities for them at the tips of our smartphones, but we have more opportunities for everything. Saying more consumer choices are bad is particularly odd coming from a self-described Chestertonian distributist. I have always thought Chesterton particularly sensible when he criticized modern capitalism for having “too few capitalists.” I would have thought a true distributist would have said we need not 500 restaurants, but 5000—without any chain restaurants so that we have even more choices. If Mr. Howting’s argument were consistent, one might conclude that distributists who want fewer chain stores, with their monotonously similar layouts and goods, and more real choices among consumer goods and services, are promoting adultery.

Second, marriage, despite what our author seems to think, was more “monetized” fashion in previous ages than it is in ours with our dating sites. Marriages were often contracted not on the basis of “careless” love but on the basis of monetary arrangements made by the participants and more likely their parents. These arrangements often involved third parties hired to make a match. Maybe marriage has been “technologized” a bit more by the internet, but it was historically much more “monetized” than it is now. I don’t think the “technologization and monetization” of marriage is the problem; it’s the view of marriage, sexuality, and what it means to be human that are the problems.

But, third, and most importantly, I don’t think that any of the possible exacerbations of a capitalist society means that capitalism is in itself “woke.” To be “woke” is not to simply get rid of national or marital limits as Mr. Howting seems to believe. It is not libertarian or even freedom-oriented. It is to establish a new sort of orthodoxy.

Woke capitalists often convince businesses to say their positions are simply “good for business,” and sometimes their decisions can be justified within the company by appealing to higher-earners in blue states. But quite often they aren’t. A dollar isn’t merely a dollar. Woke businesses are often willing to bend over backward for China, as the NBA has done. But they’re perfectly willing to lose money in a state that sets limits to abortion. As the saying has it, “Go woke, go broke.” Too bad it doesn’t happen more often. What’s frightening is neither their technologization nor their monetization of our institutions. What’s frightening is their redefinition of those institutions and their willingness to lose talent, business, and even money in order to foster a cultural revolution.

Woke capitalists are not interested in the loss of boundaries for the purpose of money-making. They’re interested in drawing new ones that they intend to enforce. I prefer the old capitalists myself. Greed is much less dangerous than the kind of pride that wants to rule over others for their own good.

This was originally published with the same title in The Imaginative Conservative on October 27, 2019.