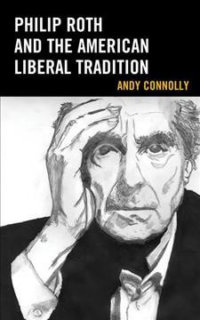 Since January 2017, some of us may have felt the urge to re-visit, either in our minds or physically, the National Mall in Washington, D.C., “to convince [ourselves] that nothing had changed other than that” Donald J. Trump is now in office (Roth, 2004, 5). And we may still have felt just like Philip Roth’s homonymous narrator in The Plot Against America (2004): afraid. Andy Connolly’s Philip Roth and the American Liberal Tradition does not include any references to the current state of American politics, yet the present echoes audibly and reminds the reader how insightful an observer of American politics, culture, and history we find in Philip Roth. At the same time, though, Connolly warns us against the kind of exploitative readings that reduce Roth’s work to the contexts he works with, disregarding art and the author’s formalist viewpoint. Instead, Connolly outlines how, “as a result of Roth’s deeply ambiguous relationship to principled notions concerning the autonomy of the literary text from extending issues of context, the historical is something that simultaneously recedes from and returns to view in his writing” (Connolly, 2017, 2).

Said ambiguity is hard to navigate for readers drawn to contextualist readings, particularly in Roth’s later novels, namely in the so-called American trilogy narrated by his writer-protagonist Nathan Zuckerman, in the latter’s final appearance in Exit Ghost (2007), and in The Plot. Connolly dedicates a chapter to each of these novels, linking them with the history of American liberalism, while he simultaneously shows us that Roth, the writer, is neither a chronicler nor a “mere” political thinker: “The blurring of the boundaries between ‘reality’ and fiction in Roth’s work … involves a certain inter-penetration of the author’s private imagination—rebellious and defiant though it is—with the ‘outer landscape’ that is constituted by larger historical phenomena,” Connolly explains (2017, 58). The more the writer tries to reinvent life as fiction, the more the tidal wave of history complicates his task.

After (re-)acquainting the reader with Roth’s—thus many claim—alter ego, Nathan Zuckerman, and the author’s continued, increasing contention with history as “a place of great uncertainty in which causality and meaning are highly difficult to determine” (Connolly, 2017, 17), Connolly turns in chapter 2 to the second part of the American trilogy, I Married A Communist (1998). Instead of following the path of many a discussion of the novel in the context of the McCarthy era, Connolly illuminates the character of Murray Ringold as a fictionalization of Lionel Trilling and how he embodies the boundaries of the impassioned voice of reason. In an engaging reading of the character and his intellectual counterpart, Connolly also addresses the parallels between Trilling and Roth, their shared “understanding of the deceptions that are at play in the relationship between people’s committed faith in moral absolutes and ideological purities, on the one hand, and the disorderly state of their individual lives on the other” (Connolly, 2017, 100). Yet as Connolly convincingly demonstrates throughout the book, Roth questions whether any of us can claim objectivity and sobriety when faced with the tumults of life—and if those who do, may not simply be deceiving themselves.

Betrayals and deceptions are a recurring motif in Roth’s writing; the alleged national self-deception of the liberal post-war consensus becomes central to American Pastoral (1997) and thus to chapter 3 of Connolly’s treatise. He lays out how the idylls of one of the central characters, “Swede” Levov’s view of a “factory as a home to the thriving, non-alienated labor of vigorous male workers reflects a distinctly exaggerated version of post-war assumptions about the classless structure of American society” (Connolly, 2017, 139). In particular, Connolly exposes the racial and gender conflicts that, in a superficial reading, remain hidden behind the pastoral façade that gets shaken by the turmoil of 1960s politics. Roth’s unreliable narrator, Zuckerman, fools his reader into momentarily believing Roth to be an equally nostalgic soul as the Swede while, all along, he has been playing again with the uncertainty of reality.

In chapter 4, Connolly turns to The Human Stain (2000) and thus enters the culture wars on American campuses, a nexus which is further complicated by issues of race and class. In a compelling analysis, Connolly combines an informed view of the rise of identity politics with the plight of the central character, an African American professor of classics who passes as white and, ironically, comes under attack due to allegations of racism. Even more interesting than the discussion of racial politics, Connolly zooms in on socially disadvantaged characters, considering their struggles in light of the presidency of Bill Clinton and his economic policy that stood in stark contrast to post-war liberal ideas.

Connolly’s discussion of Exit Ghost in chapter 5 renders it impossible for the reader (at least for this one) to shake off thoughts of the present. Earlier, Connolly delineates how liberalism lost its claim on a unifying national narrative to the Republican Party and the conservative movement. As a consequence, the GOP became an obvious choice for a majority of voters in 2000, 2004, and 2016. Considering the turn in voter appeal, Connolly dissects the scenes between Zuckerman and a young couple, both aspiring writers, who watch in disbelief the election results of 2004. Connolly may warn against such simplistic parallels, Roth himself may despair faced with them, but the present-day reader can hardly resist to echo Zuckerman’s observation: “For all their sharpness and articulateness and savoir-faire … they’d had no idea who the great mass of Americans were, nor had they seen so clearly before it was not those educated like themselves who would determine the country’s fate but the scores of millions unlike them and unknown to them who had given Bush a second chance” (Roth, 2007, 87).

Finally, chapter 6 analyzes the novel going furthest back in history to the roots of the New Deal which, again, against the writer’s will, catapults us back to the last presidential election and its consequences. Connolly shows how The Plot Against America “uses fiction to uncover certain repressed historical experiences, which serve to expose some of the contradictions that are covered over by the soft idyll that made up the Roth family’s dreamy conception of Jewish community life during the New Deal” (Connolly, 2017, 259). Specifically, Connolly outlines how the New Deal offered Jews and other minorities a route to assimilation and cultural integration yet furthered a belief in national oneness that concealed the fragility of the same. As always in Roth’s oeuvre, the pastoral is a dangerous fiction and those holding onto it are usually only a step away from the abyss of history.

The Plot has been quoted frequently as prophetic, lending its title to several commentaries on the 2016 election outcome. Roth had already refuted any suggestions that his novel may be read as a roman à clef on the Bush presidency, and he would again fend off any suggestions of foresight. Instead, he pointed out a major difference between 2016 and his dystopian vision of anti-Semitist aviator beating Roosevelt in the presidential election: “Charles Lindbergh, in life as in my novel, may have been a genuine racist and an anti-Semite and a white supremacist sympathetic to Fascism, but he was also—because of the extraordinary feat of his solo trans-Atlantic flight at the age of 25—an authentic American hero 13 years before I have him winning the presidency. … Trump, by comparison, is a massive fraud, the evil sum of his deficiencies, devoid of everything but the hollow ideology of a megalomaniac” (McGrath). In spite of having abandoned writing, the author has not lost his delight in provocation.

Parallels to the present are not the only reason why we should keep Roth’s oeuvre in the front rows of our book shelves—many more become apparent in Connolly’s treatise: Connolly is a brilliant guide through the many other aspects of Roth’s later fiction that make him such a compelling author, particularly to those interested in American politics and history. That specific readership will find in Connolly’s book a captivating analysis of the complex relationship between Roth’s artistic, political, and historical viewpoints, forcing the reader to reconsider his or her way of engaging with the worlds of Zuckerman.

An excerpt of the book is available here. Also available is the introduction to A Political Companion to Philip Roth with the following chapters: “Serving His Tour as an “Exasperated Liberal and Indignant Citizen”: Philip Roth, a Public Intellectual?”; “The Politics and Literature of Unknowingness: Philip Roth’s Our Gang and The Plot Against America”; and “Four Pathologies and a State of Sanity: Political Philosophy and Philip Roth on the Individual in Society”; and Lee Trepanier’s essays, “The Paradoxes of the Body in Everyman, Nemesis, and The Humbling” and “What Can Philip Roth Tell Us About Politics Today.”

Claudia Franziska Brühwiler, PD Dr. rer. publ., is an Associate Editor of VoegelinView and a Lecturer in American Studies and Political Science at the University of St. Gallen in Switzerland. At the same University, she serves as Personal Advisor to the President. She is author of Political Initiation in the Novels of Philip Roth (Bloomsbury, 2013); and co-editor, with Lee Trepanier, of A Political Companion of Philip Roth (Kentucky, 2017).

Fighting Back: Thoughts on Robert R. Reilly
Music in the Modern Age
In the Heart of the Heart of Another Country
Comparative Cultural Studies and the New Weltliteratur