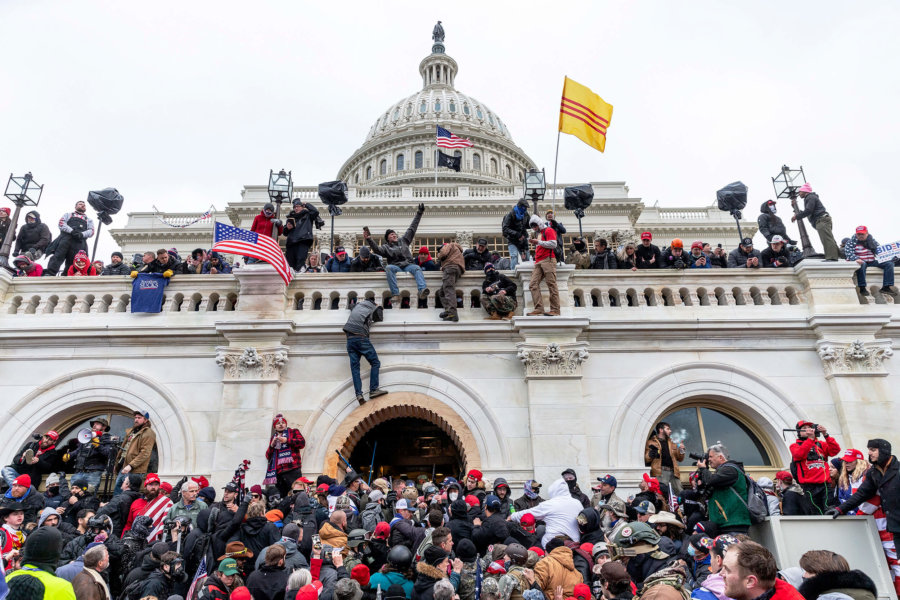 It is strange to read back what I had written four years ago and see how little has changed in our political climate except for the cast of characters. The assault on the U.S. Capitol is the most ugly and recent manifestation of a collapse of a common moral language among our citizenry and political elites and hence the collapse of politics itself. No longer perceived as a communal activity to address problems for the common good, politics now have become a mode of individual and collective self-expression for one’s own satisfaction. President Trump’s incitement of his supporters to attack the Capitol is an excellent illustration of this. There was no realistic chance for Trump’s supporters to halt the certification of the 2020 presidential election. The real purpose was simply to emote their anger at the political elite that their candidate had lost.

While our political elites did eventually certify the electoral college votes for Joe Biden, they hardly inspire confidence with 147 Republicans still objecting to the election results after the assault on the Capitol. Worse yet was Trump who flagrantly followed the code of conduct among our elites of putting their private fortunes ahead of the public interest by instigating the attack and his continual refusal to accept responsibility afterwards. Even with the suspension of his social media accounts, Trump’s rhetoric of conspiracy and political polarization is unlikely to dissipate and the extremist elements in conservatism will continue to have a political presence in the near future. This unfortunately will only feed into the extremist elements of the political left, leaving a void in the political middle once again.

With dissatisfaction of democracy at an all-time global high, even in developed democracies, authoritarianism is the attractive alternative, whether Trump’s populism or Bernie Sanders’ socialism. And in spite of his rhetoric of being a president for all citizens, Biden will fall short because the conditions of him succeeding do not exist. Because there is no shared moral language anymore in this country, no leader or party can govern for the common good. We, as a country, simply do not agree on political fundamentals and therefore cannot come to a consensus about political facts, policies, and expectations.

While there are several boogeymen to blame, I would instead look forward, taking steps to cultivate a culture and a character in our citizenry that instills intellectual humility, social empathy, and political moderation in our families, schools, churches, and other civic organizations. And to do so starts with ourselves, requiring honest introspection and external commitment to local associations: Where were we wrong? When were we right? And what can learn from them? It is only by recognizing that we are fragile and fallible creatures that we may gain the insight, modesty, and understanding of others so that others – and our country – can likewise do the same.

This was originally published in Then Again on January 10, 2021.