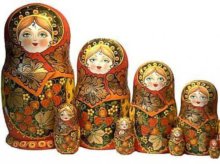 Are We All Selfish?