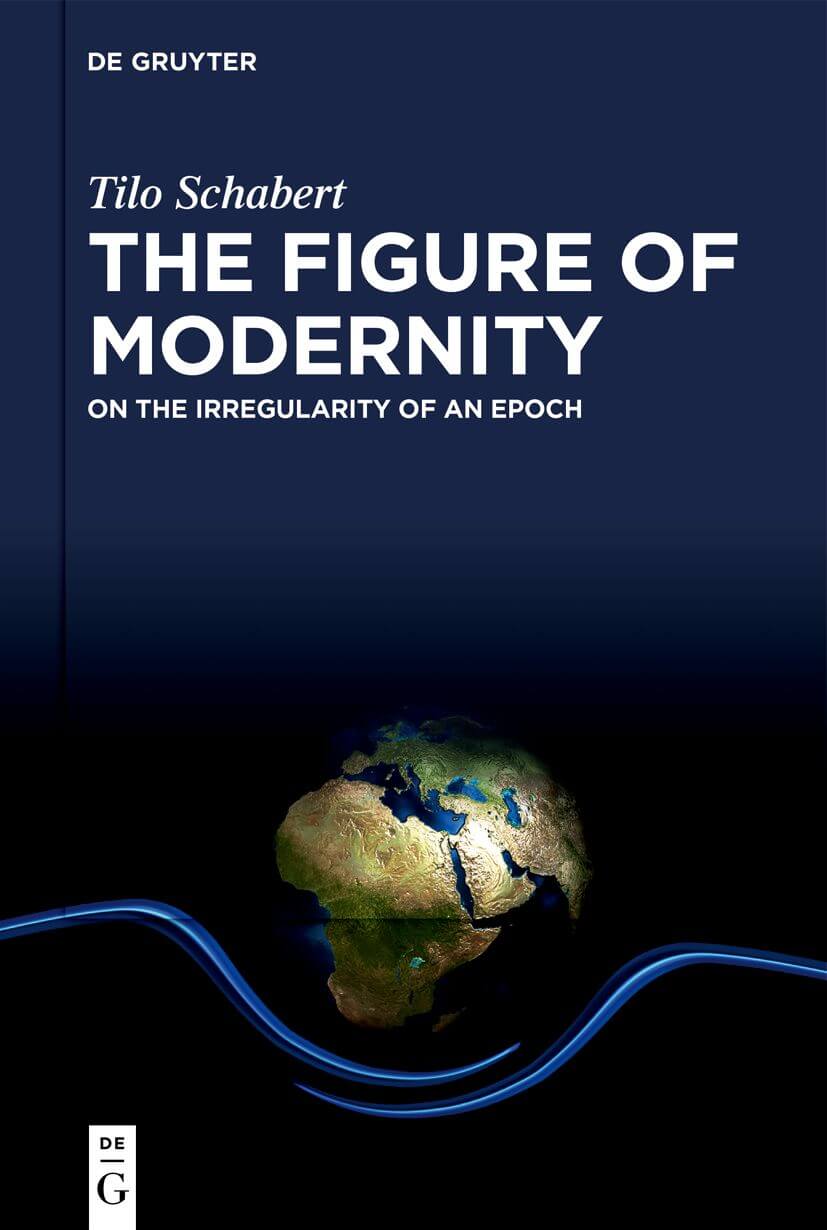 The Figure of Modernity: On the Irregularity of an Epoch. Tilo Schabert. Berlin: De Gruyter, 2020.

What is modernity and from where does it come? What benefits does it provide and what costs does it incur? These and other questions are explored by Tilo Schabert in his The Figure of Modernity: On the Irregularity of an Epoch. Over nine chapter, Schabert provides a panoramic account of the origins, development, and consequences of modernity that illuminates human possibilities and limitations.

Chapter one is a review of how European civilization, starting in the seventeenth century, replaced God with humans in the remaking of the world. To accomplish this feat, human anthropology had to be rethought as having the power to find existential meaning for themselves and to shape nature for their own ends. To further understand this condition, Schabert studies the mode of consciousness typical of modernity and how those experiences constitute the basis of a cosmological consciousness: how the modern individual understands itself to itself and how does it understand itself in relation to the whole of reality.

Chapter two traces the evolution of modernity from the early Middle Ages to the Enlightenment. Particularly important was the period of the Renaissance when thinkers believed they had accumulated more wisdom than the ancients. Later Francis Bacon’s Novum Organum (1620), along with the works of Pascal, Hobbes, Descartes, and Newton, provided a new mode of inquiry of natural science and mathematics that supplanted ancient wisdom. In the humanities, as spelled out by Schabert in chapter three, the eristics method of Socrates was replaced by the dialectical method of Castiglione and originality, innovation, and the art of contradiction were promoted as the highest values. The world that was once common has now fractured into many private worlds with each individual seeking to realize their own potentials to discover genius.

In chapter four, Schabert shows how Europeans no longer perceived the world as a divinely animated cosmos but rather a mechanically built nature. But with an absent God, modern humanity could not longer muster an intimate familiarity with the cosmos, e.g., Galileo, Newton. The absence of God furthermore elevated humanity to a supreme status where thinkers like Pico della Mirandola (1463-94) wrote about how humans can make out of themselves whatever they wanted and become the great marvel of this world. This idea would soon gain widespread acceptance in Europe where only Montaigne (1533-92) would be the single voice to critique and criticize Mirandola’s account of human anthropology.

Science ultimately became the means by which humans controlled nature. In chapter five, Schabert recounts how Bacon’s science accomplished this feat: humans detached themselves from reality to become an objective observer of nature and controlled it on the basis of its self-certain ego. For Schabert, the result is two types of history of modernity. History I is the one conceived by thinkers of modernity to break with antiquity and establish a new epistemological foundation based on the natural sciences and mathematics; history II is the actual one that took place where humans have partially controlled nature but also have partially destroyed it.

In the next two chapters, Schabert follows both histories I and II. History I includes religion (the Reformation), the economy (mercantilism), literature (the prosaic), and architecture (individual taste). From these fields, Schabert can construct a phenomenology of modern consciousness that values autonomy, materialism, the private world, multiplicity over unity, and the experience that the world has collapsed with a tendency to dehumanize the human world. History II shows us a world where common convictions no longer exist, the human ego is in a state of crisis, culture is separated from civilization, and imagination know no bounds, leading to the intellectual creation of a climate of violence.

In his conclusion, Schabert looks for limits to modern anthropology, whether there are found in our bodies and in our laws. He pays particular attention to constitutionalism and systems of checks and balances that provide limits to political power so human beings can protect themselves from themselves. For Schabert constitutionalism is the limit that modernity requires for it to sustain itself and not commit civilizational suicide.

The Figure of Modernity is a critical and original account of modernity that should be read by those who want to understand the crisis in which we live. Our continual disappointment in politics, culture, and society is a result of not failing to move past our limits but instead not recognizing that we have them. Our civilization is in a state of crisis because we refuse to acknowledge that we are limited creatures and this refusal is a result of modernity. But how do we move past modernity – whether we can work within modernity or must look elsewhere, such as in the ancients – remains an elusive and open question.