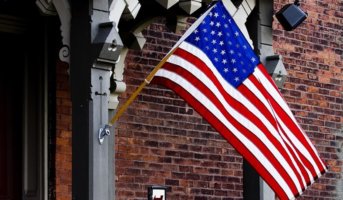 Who Are We? The Challenges to America’s National Identity. Samuel P. Huntington. New York: Simon & Schuster, 2004.

The Big Sort. Why the Clustering of Like-Minded America is Tearing Us Apart. Bill Bishop. New York: Mariner Books, 2009.

A War for the Soul of America: A History of the Culture Wars. Andrew Hartman. Chicago: University of Chicago Press, 2016.

At the root of many of our contemporary disagreements about immigration, race relations, economic inequality, and gay and transgender rights is the contention about what constitutes – and should constitute – our national identity. Are we a melting pot or a salad bowl? What role should Latinos and other immigrants play in the American story? And, with the increasing political polarization in the country, how can we bridge our differences for the common good of the country?

In Who Are We? Samuel Huntington addresses some of these questions. A controversial book when it was first published, and still remains so today, Who Are We? argues that American national identity, initially forged during the American Revolution and cemented after the Civil War, is in a state of crisis, with the advent of globalization, multiculturalism, and conservative Christianity. According to Huntington, American national identity was initially defined by white racial identity, the territory of the country, and a civic creed that subscribed to political principles like liberty and government by consent and cultural values such as individualism and Protestant moralism. After the Civil War, American national identity became solidified with reconciliation between the North and South, mass-scale economic development, and the creation of rituals and symbols that required immigrants to accept if they wanted to fully participate in national life.

This patriotism eventually faded to a quaint nationalism that was deconstructed in the 1960s with the civil rights and multicultural movements that challenged the idea that American national identity was based on race, place, and creed. This is particularly evident in the challenge to English as the national language for immigrants to learn when they arrive in the United States. What was once encouraged, the assimilation of immigrants into an Anglo-Protestant culture, is now viewed as un-American by multiculturalists who promoted identity politics rather than a common set of civic beliefs. The results are ethnic enclaves, dual citizens, white nativism, and the rise and identification of conservative Christianity as representing the authentic national identity of the country. For Huntington, only a civic creed of assimilation is the only path forward to prevent a further fracturing of American national identity.

Although I think Huntington underplays the role that race has had in the formation of American national identity, his diagnosis of the problem of American national identity is an excellent introduction to the issue, even if one may disagree with his solution. One could even say that Huntington’s diagnosis and remedy has been most recently resurrected in Mark Lilla’s The Once and Future Liberal which provoked fierce debate among academics and public intellectuals. We need some civic creed to which all Americans subscribe, but the question is what is contents of that creed? The 1960s multicultural critique of Anglo-Protestant America was a needed corrective; however, its answer of identity politics may be even worse than the problem it was trying to solve, resulting in a balkanization of the country where rational discussion is now replaced with what type of ethnic food preference you have.

But can we as a country come to some agreement about a civic culture? Huntington’s call for a return to a past civic creed (minus race) doesn’t seem a plausible, especially as Americans are now divided ideologically, culturally, and geographically more at this time since the Civil War. As Bill Bishop meticulously documents in his book, The Big Sort, Americans have segregated themselves by place with economic, cultural, and political counties becoming increasingly homogenized into either red or blue. The psychology of the tribe has led Americans to move where their like-minded compatriots live, creating a bubble or echo chamber. The opportunity to reach out, to talk, and to empathize with others who are different than you is becoming increasingly unavailable to most Americans. The result is mobilization of the country into two tribes that bitterly contest for national power every election cycle.

Three books – A War for the Soul of America, Age of Fracture, and Shattered Consensus – all point to culture as the site where Americans began to tribally divide themselves. In A War for the Soul of America, Hartman examines how the far left in the 1960s and the counter-movement of neo-conservatives in the 1970s led to the kulturkampfe of today over questions of race, gender, education, and capitalism itself. Rodgers also covers the same set of controversies in his Age of Fracture but looks towards ideas as driving the conflict: the rediscovery of the market for the right and the issues of race, class, and gender for the left. Whether it was battles over abortion or shock therapy, Rodgers argue it is the contestation of ideas – and our inability as a country to agree to which ones – that drives “fractures” our country experiences today.

Finally, Piereson’s Shattered Consensus tells a similar story of how the post-World War II consensus was ruptured by the far left in the 1960s and later by the neoconservatives in the 1970s. However, Piereson’s selects Obama as the pivotal figure in the breakdown of our national consensus where the president’s progressivism made tribal warfare out in the open. Piereson believes the universities have been and continue to be responsible for shattering our national consensus and the election of Obama, as a creature of the American university system, was the final stroke that ended any veneer of a national consensus in this country.

But I wonder whether the premise of all these books is one of nostalgia: at one point in time the United States had a robust national identity (Huntington), where Americans of different backgrounds lived among each other (Bishop) and agreed upon a common set of cultural values (Hartman, Rodgers, Piereson). Perhaps this is true and the country has not been this polarized since the Civil War. But perhaps this is not case, too: we may have forgotten the bitter divisions that inflicted this country during Reconstruction, the Glided Age, World War I, the Roaring Twenties, and the Great Depression. Perhaps tribal conflict has always been part of our history.

As a country that usually looks towards the future rather than the past for our national identity, our forgetfulness of our history should not surprise us. The American civic culture is a combination of Protestantism, natural right philosophy, and common law tradition: it is not a set piece that never changes over time. The content may be enduring but how they are applied to the ever-changing conditions of the country is a debate that Americans have had since the founding of the republic. Instead of alarm and despair over the loss of a certain conception of national identity, we might want to think that the debate we currently are in engaged is like the ones in the past; and instead of romanticizing the past, let’s learn from it and look forward to ways where a consensus can be reached, only to be shattered again sometime in the future.

Also see “What’s the Matter with the Left,” “The Collapse of Christian America,” “The Wipe Out of the White Working Class,” and “The Resentful Politics of Populism.”

Wealth of Persons: Economics with a Human Face