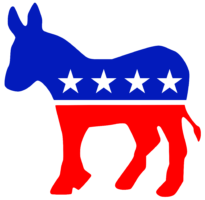 Why the Right Went Wrong: Conservatism: From Goldwater to Trump and Beyond. E.J. Dionne, Jr. New York: Simon & Schuster, 2016.

In spite of their cultural smugness and secular self-righteousness, the American left can’t seem to win elections. They have been successful at capturing the commanding heights of culture in this country, but they haven’t been able to figure out how to translate postmodern philosophy, Oscar-award winning films, and live news reporting into electoral gains. Even more problematic for the left is they don’t agree among themselves why this is the case.

In two books – What’s the Matter with Kansas and Listen, Liberal – Thomas Frank believe the failure of the Democratic Party to win elections lies in their abandonment of the working class and their inability to counter the Republicans’ bait-and-switch strategy with voters. In What’s the Matter with Kansas, Frank argues that Kansas Republicans employ cultural issues to distract voters from economic ones, thereby having Kansans vote against their economic self-interest. It is interesting and telling that Frank doesn’t even consider that voters might believe cultural issues are more important than economic ones.

In Listen, Liberal, Frank corrects that mistake. He traces the transformation of the Democratic Party from one that supported the economic interests of the working class to a party that supports free-trade, deregulation, and the cultural values of the coasts. Having the correct cultural credentials, possessing the right expertise, and feeling guilty for the proper groups of people is the way to advance in the hierarchy of the Democratic Party. The Democrats’ abandonment of the working class’ economic interests and cultural values is not only a betrayal to the party’s mission for Frank but it is also a path to electoral defeat, which the past presidential election has shown.

Electoral defeat doesn’t seem to bother Stephen Prothero in his book, Why Liberals Win. Prothero argues that the culture wars have been with America since the beginning of the republic and essentially follow the same pattern: instigated by conservatives because of some cultural change is experienced as loss; liberals counterattack by appealing to the American principle of liberty; an accommodation is reached; and the liberal position over time becomes the predominant one. The cultural wars will never end in this country but history will always move forward in the liberal direction. This Hegelian account of American history is attractive but ultimately depends upon whether you believe Prothero has insight into the nature of history itself. It is also revealing that he does not devote a chapter to either the Civil War or the Civil Rights Movements, two momentous events in our country’s history that do not neatly fit into his historical account.

Finally, E.J. Dionne ignores the question of the Democratic Party’s electoral failures and instead explores why the American right is wrong. More historical than analytical, Why the Right Went Wrong recounts the rise of conservatism in America from the 1970s to the election of Trump in 2016. According to Dionne, conservative elites have continually betrayed their followers after they have been elected into office, whether Reagan, Gingrich, or both Bushes. The reaction to this failure was first the Tea Party and later the election of Trump to the presidency.

Can the American left recover from its disastrous showing in 2016, an election that Clinton should have won but didn’t – an upset not seen since 1948? Frank’s solution of the Democrats returning to the working class may help the Democrats win elections but it does not help them govern: class warfare will wind up with the same results as identity politics by dividing the nation rather than uniting it. Prothero’s faith in a Hegelian concept of history is not something that can be translated into an electoral strategy for success; and Dionne’s critique of conservatives does provide any lesson for Democrats of how to win.

What is missing in these works is an account of how the American left can offer a civic culture, a sense of national identity, and a vision of America that transcends identity politics and class divisions. Whatever one may think of their policies, Obama and Clinton were able to speak in this language and consequently were rewarded by the public to the presidency. Democrats need to find a path that acknowledges the grievances and contributions of minorities and the working class while, at the same time, present a vision that appeals and encourages all citizens to become part of a common project. Until they do this, the Democrats might be able to win elections but they won’t be able to govern.

Also see “Sorting Out Who We Are,” “The Collapse of Christian America,” “The Wipe Out of the White Working Class,” and “The Resentful Politics of Populism.”

A Late Poem by Wallace Stevens about the Metaxy

The Place of the Humanities in the University Today