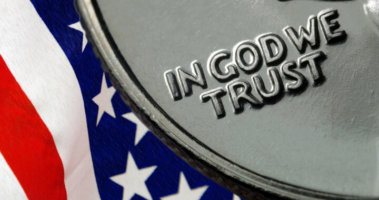 According to Robert J. Jones’ The End of White Christian America, white Protestant Americans are undergoing the five stages of grief – denial, anger, bargaining, depression, and acceptance – as the country changes its identity to a multicultural and secular progressive one. We currently have the politics of moral secular progress or the politics of conservative nostalgia. Although sympathetic with the decline of white Protestant America, Jones believes, like Stephen Prothero, that liberals will always win.

The collapse of mainline Protestantism has been replaced with “none’s” – those who identify with no religion and tend to be secular progressives in their political and cultural beliefs – and by white evangelical Christians. The latter, along with traditionalist Catholics and Mormons, have aligned themselves with conservative national politics in the 1970s and achieved success under the presidencies of Reagan and Bush II. However, recent conservative and Republican politics – the Tea Party, Mitt Romney, and Donald Trump – have posed problems with this relationship. Furthermore, the generational divide among conservative Christians over issues like same-sex marriage and race have fragmented their power in politics and culture. Once the civic and moral glue that held the nation’s public life together, white Protestant America has disappeared. The present polarization of the country therefore can be partially explained by the collapse of the white Protestant consensus and the current contestation of which set of values – conservative Christian or secular progressivism – will replace it.

R. R. Reno advocates for a return to a Christian consensus for America’s public life, albeit not exclusively a Protestant one. In Resurrecting the Idea of a Christian Society, Reno calls for religion to have a place in public life in order to provide a check on government and limit what it can do, for it is in the realm of culture where a true understanding of freedom, one that is morally and transcendently-based, can flourish and be restored. Government, and liberalism more broadly, can only provide a false sense of freedom, one based on secular progressive ideology that values equality, diversity, and autonomy. By contrast, religion can offer a sense of solidarity and patriotism among its members. Americans consequently must decide whether they want to follow a path of religious freedom or a post-WASP ideology of secular progressivism.

Putnam and Campbell acknowledge the civic virtues that religious believers manifest when compared to the none’s in their non-normative and empirical book, American Grace: generosity, volunteerism, engagement in social networks, and a greater sense of trust are the civic virtues that religion promotes in its believers. But these civic virtues are at the price of tolerance, where religious believers are less tolerant compared to none’s, even though interreligious marriages and conversions to different faiths have risen since World War II. Like Jones and Reno, Putnam and Campbell also see the secularism as the potential foil to all religious believers and differences over the subjects of gender and race causing tension within religious communities.

In all these works there appears a polarization between religious believers and none’s over which values should guide our culture. While Putnam and Campbell do not take a position, and Jones suggests that the none’s ultimately will triumph, Reno appears to be more hopeful that a Christian culture can be restored. But there are two other possibilities: a modus vivendi and, for conservative Christians, the “Benedict option.” The latter is for conservative Christians to opt out of the culture and politics and create monastic-like institutions apart from mainstream society. But one wonders whether this is truly possible in our age of ubiquitous technology and an omnipotent state where privacy is no longer protected.

The modus vivendi option is what we currently have with the two sides continuing to fight with each other in the courts, at the ballot box, in our schools and the media. As long as both sides agree to confine their actions within what is constitutionally permissible, then both parties can co-exist. Because the disagreement between conservative Christians and none’s are over core values, it is difficult to see how any compromise could be reached between them. But, as I have written elsewhere, the debate about who are and what are our value should be have been a continual one since the founding of the republic. We certainly can advocate and argue over these issues, but we need to be more vigilant of those who seek to alter our constitution so that the modus vivendi doesn’t disappears and one side emerge victorious. Better to live in the state of Hobbes than in the revolutionary fervor of Rousseau.

Also see “Sorting Out Who We Are,” “What’s the Matter with the Left,” “The Wipe Out of the White Working Class,” and “The Resentful Politics of Populism.”

Teaching in an Age of Ideology: Ellis Sandoz