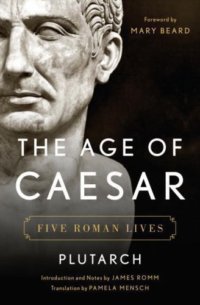 Born around 45 AD, Pluatrch (later Romanized as Lucius Mestrius Plutarchus) grew up and spent most of his life in Chaeronea where he actively participated in local political and religious affairs. However, he did travel to Athens and Rome where he formed friendships with powerful patrons, such as Quintus Sosius Senecio, who would later become twice consul, and Lucius Mestrius Florus, who helped Plutarch obtained Roman citizenship. At Rome, where Greek intellectuals were highly sought, Plutarch gained the audience of importance men like Arulenus Rusticus, another future consul.

Although Stoicism and Epicureanism influenced the ethical models of the upper class, Pluatrch preferred Platonism, defending the Platonic system and even writing dialogues that imitated Plato’s. These dialogues, along with various nonbiographical writings, was lumped into a single collection that became known as the Moralia. The writing is uneven and feels dated but would have enormous influence on writers like Montaigne and Emerson.

The work that Plutarch is better known for is Parallel Lives, a series of biographies of famous men that are arranged in tandem to illuminate common moral virtues or failings. This “mirror for princes” – a medium by which one sees, reflects, and improves oneself – is central to Plutarch’s project. It is also personal, as the opening sentence of the Aemilius Paulus shows: “It first occurred to me to start the writing of Lives for the sake of other people, but now I stick to it and make myself at home there for my own sake, seeking by means of history to adorn myself, just as though looking in a mirror, and to make my life conform to the virtues of those men.”

Plutarch probably had read widely in both Greek and Roman history to draw on a wide array of primary sources. His unconcern about chronology, the merit of the events he describes, and the reliability of his sources makes Parallel Lives frustrating for readers who are more preoccupied with historical accuracy than moral truth. As Plutarch puts it in the introduction to Alexander: “For it is not histories I am writing, but lives; and the most glorious deeds do not always reveal the working of virtue or vice. Frequently, a small thing – a phrase, or flash of wit – gives more insight into a man’s character than battles where tens of thousands die, or vast arrays of troops, or sieges of cities.”

The Age of Caesar: Five Roman Lives focuses on an era where character and ambition of Pompey, Caesar, Cicero, Brutus, and Antony shaped a civilization. Plutarch’s biography allows us to compare Pompey and Caesar in their struggle to be masters of Rome; Caesar and Brutus as the life of action versus the life of statesman; Cicero and Antony where political self-advancement comes into conflict with base desires for combat and pleasure. The selection of these five lives paint a picture of the Roman Republic in transition, from civil war and to later Empire. It portrays the lives of those who shaped these events and provides political lessons that still resonant today.

In the book, Mary Beard provides an excellent historical introduction of this period, while James Romm’s notes and maps help the reader understand the nuances of Plutarch without being overwhelmed by the history. Pamela Mensch’s translation also makes Plutarch accessible without sacrificing tone or style. Just as they did with Herodotus’ Histories, Mensch and Romm have accomplished another feat of making a classical text come alive in The Age of Caesar: Five Roman Lives. It is worth to read and reread not only for the history but for its moral truth.

Review of Aldous Huxley: The Political Thought of a Man of Letters