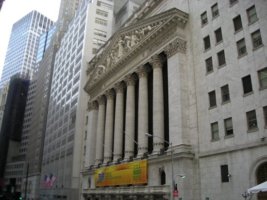 Does Eric Voegelin’s philosophy provides an inter-disciplinary basis for a free economy, rooted in the priority of the human person; that human beings are endowed with inherent dignity and worth. This essay will consider why free markets, despite their success in material outputs, have not gained the moral high ground in recent surveys; especially of millennials. With millennials reportedly concerned with more than the material, perhaps it is time for free markets to center on free people. It starts with affirming the human person.

The profit-maximizing “homo economicus” ideal in economics contains inadequate assumptions of human dignity and the human person. It alone does not satisfy the deeper basis for dialogue on “the good” and “just.” Terms like these are often taken up in a collectivist vein within the moral vacuum left by many pro-market arguments which are bereft of thick moral arguments.

A cornerstone of much of the social sciences is the concept of social construct. Taken to its extreme it places observable realities of the human person as a mere construct of people, usually those with some form of power. These forms of analysis can reduce the human person to mere materialist existence on both the left and the right. A profit maximizer in pure economics on one end, or a cog in the machine among the statists on the other.

Enter Eric Voegelin into the debates at places like the Acton Institute and Liberty Fund colloquia. The idea of social construct of human nature is antithetical to much of historic Western thought, if assessed through the lens of Voegelin, a philosopher in the Austrian School tradition. The school of thought arrive at truth by deductive reasoning and the human person, not external variables, is the primary driver of history.

Social constructivism of the extreme variety assumes a malleability of human nature that serves Gnosticism, while undermining human dignity (the basis for markets) and reason itself. Voegelin argues the Gnostics, initially second and third century mystics, today exist among those who hold to thinking which claims an absolute cognitive mastery of reality. In this mastery of reality, human nature is radically redefined, becoming subservient to any given new theory; explained away as a mere construct by the terms of the given theory.

The consequences of the social constructionist view of human beings is the possibility of their reconstruction into an ideal of the new man or woman. In Marxism and Nazism Voegelin saw this Gnostic impulse. Yet it existed too in less extreme ideologies. What if that impulse pervades our economics too in a contemporary re-construct of man as profit-maximizer as the basis for our defenses of free people and free markets as one of superior material outputs?

On account of the pervasiveness of social constructivism, much of contemporary analysis belies the Gnostic philosophical assertion, often unquestioned: that the human person by his or her nature can be assessed in the manner in which we view non-human, unconscious entities. It is a primary first principle that rejects the Judeo-Christian view of the human person, to which Voegelin credited the progress seen in much of human history. Has “homo economicus” fallen short as a conception of the human person in our case for free market economics and as a result in the declining appreciation of economic freedom?

Could it be that rooted in the Gnostic fallacy of social construct underlies modern shortcomings in our economics and public policy towards economic affairs?

Consider the 2007/8 Great Recession. The Gnostic claim an absolute cognitive mastery of reality was reflected in the mathematization of economics; one that that has come to characterize many proposed approaches to the workings of capitalist economies.

The constructed models operate in value-free in assessment of not just economic principles, but the biggest economic determinant of all: the human person. Much has been written already on the financial crash. Suffice to say the use of mathematical modelling was used to project human behavior, justify excessive risk taking and hold to a view that one could drive the global economy through money by fiat (or political decree).

It was sharply shattered when the market – constituted by human beings, not the systems – was exposed, resulting in a worldwide crisis.  Some without reference to Voegelin, but schooled in the Austrian tradition would predict the crisis using reason. All while many contemporary Gnostics (this time, mathematical modellers of human behavior) would go on making insane projections on the health, vibrancy and continued growth of the economy in the months and weeks leading right up to the crash.

The financial crisis remains a focal point of resentment towards what is understood by many to be a capitalism built for the elite, not a component of overall freedom for the human person rooted in an affirmation of human dignity.

The crisis was rooted in corrupt action and corrupt belief; an economics in which mathematical models of economics considered human behavior as malleable and unsurprising as the prediction of objects analyzed by the hard sciences – in which there is no human person at its core. Yet in Voegelin’s philosophy, I argue our economics should rely on praxeology; the fundamental axiom that individual human beings act. That is, on the primordial fact that individuals engage in conscious actions toward chosen goals, underpinned by reason itself. We are not cogs in the machine of “the system” tweaked from above as and when need be. In a truly free economy there is no managerial capitalist system to speak of with the characteristics of state capitalism or the federal overreach that led to the 2007/08 correction.

Gnosticism is not confined to Marxism and Nazism, though these are its extremes. Today intervention in the name of economic growth or a political prerogative may be too easily justified if merely arising from the human person as an assumed social construct. When these anti-human cases for markets fail, the alternatives in history are often far worse than a distorted capitalism.

Voegelin’s view on the other hand places the human being as inherent with dignity and rights, limiting the possibility of the reconstruct of the human person, and all the legislative proposals that follow from such a view.

Therefor the free person as he or she is, not the free market as some wish to construct it, remains the starting point for building a defense of our economic liberty. It is one component, I argue, of the thick moral arguments for which philosophers like Samuel Gregg have called for much deeper thought by proponents of market economies. The freedom of the market is merited by the degree to which the people in it are truly free.  That is freedom to be the recognized central actors in the economy, with the freedom to act and participate. The alternative is a freedom subservient to the Gnosis of the mathematized capitalist economy. A freedom where man is free, so long as he is predictable as merely homo economicus; whose behavior is determined and managed by regulation in response to incentives and punishment of the managerial capitalists.

The bold defense of free markets for those deeply troubled by its rejection among my fellow millennials must include free people and human dignity at its core; lest we defend a so-called free market capitalism that has more in common with collectivist tyrannies than one co-existing within ordered liberty and our free pursuit of all that is good.

From the Multiversity Cave: Augustine and Amare