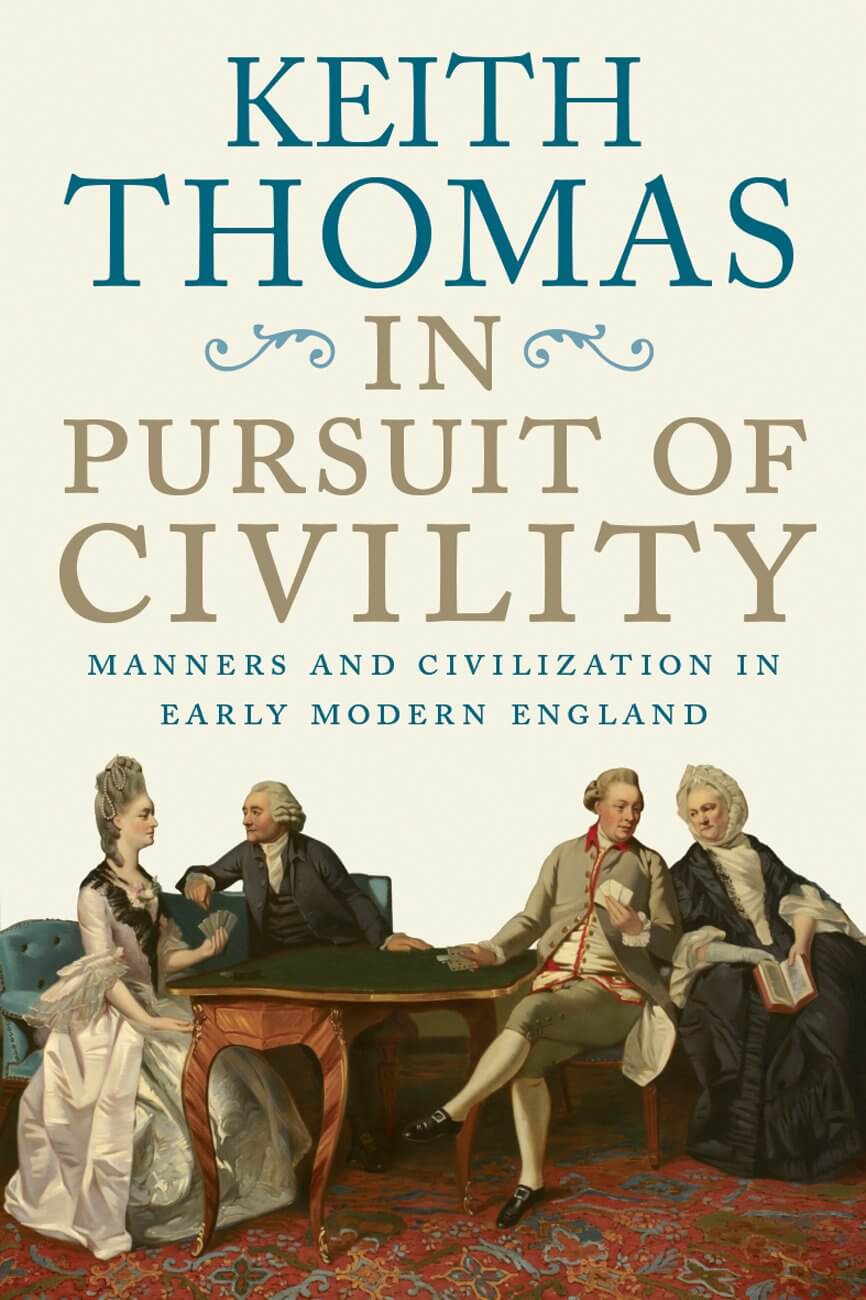 Since the times of the ancient Greeks, societies have divided humanity between us versus them, whether its barbarians in fifth-century B.C. Athens, Germanic tribes during the Roman Empire, Christians and pagans, or, after the discovery of America, Europeans and natives. The “other” was seen as deficient politically, morally, and culturally. By contrast, Europeans were viewed as “civil” and “civilized,” representing a superior political, moral, and cultural system known as “civilization.”

This was particularly true in seventeenth-century England, where “civil” people were increasingly referred to as “civilized.” During this time, “civility” referred to the existence of well-ordered political communities and the appropriate qualities expected of its citizens. By the late eighteenth century, “civility” became more restricted in its meaning to British ethnocentricity with its notions of good manners and citizenship and “civilization” was to describe the civilizing process and the cultural, moral, and economic conditions of those who have been civilized in such a system. In the nineteenth century, European states invoked a “standard of civilization” in international law to which Asian and African governments were required to conform if they wished to be recognized as sovereign bodies. It was only after the European horrors of World War II that the distinction between “civilized” and “uncivilized” was abandoned by organizations like the United Nations.

In Pursuit of Civility examines the importance of the ideals of civility and civilization in England between the Reformation of the early sixteenth century and the French Revolution of the late eighteenth. Thomas shows how these ideas influenced people’s thinking and how they were at times challenged and rejected. For Thomas, a study of early modern England is instructive because it offers an example of a society that was cohesive (people spoke a single language, strong political and legal institutions) but also dynamic, undergoing an economic, intellectual, and literary transformation from which emerged the most advanced economy in the world.

The first two chapters are devoted to the early modern notions of good manners among the ruling elites and how these notions reinforced the prevailing social structure. The rules of civility were set out in prescriptive literature originally from continental Europe, such as Erasmus’ De Civiltate Morum Puerilium (1530) and Castiglione’s Il Cortegiano (1528). Good manners were seen as a branch of morality and religion: a duty to live honestly and civilly. By the eighteenth century a high degree of bodily control and an inhibition on the display of inappropriate feelings was seen as the essence of correct deportment. It was also a way for elites to separate themselves from the populace and reinforce their authority to rule.

What constituted “civilized” is the topic of chapter three. Civil society was thought to be a political community ruled by law for the preservation of public peace and tranquility. Early modern England was such a society, with a decline of violence as a means to settle disputes starting in 1630. While there was no agreement what a civilized form of government was, many thinkers, like Algernon Sidney, rejected tyranny as part of civilized government and advocated the protection of private property. As the economy transformed into a credit-based one, trustworthiness, reliability, and adherence to contract were seen as essential aspects of civility. It would even spill over into religion where tolerance was perceived as “civil.”

Civility also had an international dimension where jurists believed humanity was bound by a universal law of nature that was accessible to reason. The idea of the law of nations emerged to govern relations between countries on matters of trade, diplomacy, and war. The growing interaction with people in other continents provoked a celebrating of the European way of life as “civilization” in order to make them feel superior to others.

In England, it was believed that the vital step toward civility was the transition to a settled agricultural society and later to settled towns and further economic development. In chapter four Thomas discusses the various theories the English entertained about how a society became civilized: Smith’s and Turgot’s “stadial theories”; the movement of civility from East to West; the role that the Romans and Normans had upon England’s civilizing process; and how the English fared in comparison to the Scots, Welsh, and Irish.

The belief of English superior civility reinforced their ventures of international trade, colonial conquest, and slavery. The invention of race was critical for the enslaving of Africans and the decimation of the Irish. Enslavement was often justified that its victims were not Christian and their enslavement was necessary for them to be converted (although a slave’s conversion did not lead to emancipation). English colonists and missionaries claimed they were bringing “civility” to barbarous peoples and in the process expanded its empire.

In the last two chapters, Thomas reexamines the ideas of civility and civilization: how they were subject to sustained criticism and how relevant are they for us today? Robert Boyle, John Bulwer, and others believed there could be another kind of civility apart from the English. Roger Williams, Malachy Postlehwayt, and others questioned the civilizing mission, particularly with regards to its practice of slavery. Others found faults in civilization itself or rejected it altogether.

An example are the Quakers who made a direct challenge to civility in the name of religious principle. Their refusal to doff their hats to their social superiors and insistence to use the same language to both high and low made them a suspect group. By contrast, the Anglican Church taught amiability, not rudeness, such that Christ was “a person of the greatest freedom, affability and courtesy.” Radicals and revolutionaries also despised civility because observing properties reinforced standards of an unjust social order. Feminists too found it necessary to criticize civility because the rules of polite behavior kept them from gaining power and privilege for themselves.

Today England follows the United States in its more relaxed and informal sense of civility with frankness, friendliness, and truthfulness prized. With globalization, deference to established institutions like the monarchy, the House of Lords, and the Church of England are less than they had once enjoyed. But when the constraints of civility proved inadequate to enforce new ideals of equality and diversity, legislation was passed to enforce “civility” about human rights, speech, race and gender relations, and even public health, e.g., smoking in public. This is not entirely surprising to Thomas, since civility tends to be a conservative force in society. Having said that, one wonders whether individual happiness and social cohesion could be possible without it?

In Pursuit of Civility is an accomplishment of the first order of intellectual history and ethnographic study. By drawing upon multiple sources and providing a lucid account, Thomas has magically made the topic of civility an important and exhilarating read. At times, it confirms what you had thought; other times it confounds you. A wonderful and delightful book for those who wish to know what held England together all these years.