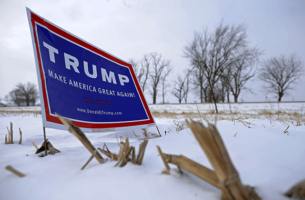 The Politics of Resentment: Rural Consciousness in Wisconsin and the Rise of Scott Walker. Katherine J. Crammer. Chicago: University of Chicago Press.

What is Populism? Jan-Werner Müller. Philadelphia: University of Pennsylvania Press, 2016.

The election of Donald Trump to the presidency still remains a mystery to pundits, pollsters, and social scientists, especially the support of the white working class. Were they hoodwinked by Republicans, as Frank claims; a last grasp of a disintegrating and dysfunctional class, as Murray argues; or, as Bishop contends, is it just a reflection of a continuing division of this country into clusters of red and blue? Crammer’s The Politics of Resentment, which I already have reviewed, offers her thesis that place and cultural issues, along with economic ones, influence rural voters to believe their values are disrespected, they are receiving less than their fair share compared to their urban counterparts, and the policies are imposed upon them seem contrary to common sense. Place and communal consciousness is a critical factor that accounts for a “politics of resentment” which fed support for Trump’s presidential bid.

Trump’s appeal is also one of populism, an ideology that Müller’s book, What is Populism, explores. According to Müller, populism is characterized as being critical of elites, anti-pluralist, and a form of identity politics (e.g., the white-working class, the forgotten American, the silent majority). It is a moralistic and symbolic account of politics that employs the language of corruption and the decline and the idea that the leader represents the will of the people. The failure to recognize this explains why the national media and Democratic Party are not able to dent Trump’s appeal: his claims, and the logic behind them, are moral and symbolic rather than empirical. Fantasy has as much legitimacy as facts.

When in power, populists continue polarization and prepare people for a kind of apocalyptic confrontation. They transform the state to serve the populist’s leaders ends, engage in mass clientelism, and marginalize nongovernmental organizations. They attempt to alter the constitution from liberal democratic to an illiberal democratic one with the removal of checks and balances on power. Populism appears when there is a crisis of representation and democratic legitimacy: when a cultural consensus or national identity no longer exists, when a sizable part of the population suffers economic decline, and when a technocracy rules without care because “they always win.” Add to this a series of idiotic policies – the war in Iraq, the 2008 financial meltdown, the continual push for globalization without remediation for the working class – populism becomes a viable alternative for people. As a populist would say, after years of being badly ruled, what do you have to lose by taking a chance on me?

In Roth’s The Plot Against America, we see how a populist leader might rule the United States if he were elected. In the novel, Charles Lindbergh is elected president in the 1940, defeating Franklin Roosevelt, and soon after makes peace with Germany and Japan while relocating Jewish families to other parts of the country to Americanize them. Walter Winchell openly criticizes the Lindbergh’s administration and runs for the presidency, only to be assassinated in Louisville. Lindbergh and his son go missing, which Burton K. Wheeler, now the president, blames a Jewish conspiracy to take over the U.S. government and begin arresting prominent Jewish American citizens. The country is torn apart with riots until Anne Lindbergh pleads for peace and Franklin Roosevelt is elected president. A few months later Japan bombs Pearl Harbor and historical events revert to the real timeline. The events are depicted from the child, Philip Roth.

Could such a fictional account happen here in the United States? One would hope not but it is not inconceivable. In some ways, literature can not only be a better gauge to reflect what a society is undergoing at a particular moment in time but it can also point to us the possibilities that society can become. Voegelin himself looked to literature and at times valued it more than studies of social science to understand the state of a society. The Plot Against America therefore is not only a warning of what might have happened to us in the past but what might still happen to us in the future.

Or the present, particularly if you are African-American. In Paul Beatty’s satirical novel about race and identity, The Sellout, the protagonist attempts to reclaim his neighborhood’s identity by reinstituting slavery and segregation. The city of Dickens, “the agrarian ghetto of Los Angeles,” had disappeared without any fanfare in Obama’s post-racial America. Starting with the buses and ending with the schools, the protagonist’s racial segregation of these institutions leads to less crime and better test scores, even to the point where white students are trying to get into Dickens’ schools. From the Dum Dum Club to Hood Day to the Supreme Court, we are introduced to a dizzying array of characters, institutions, and events that makes you both laugh and cringe at the same time.

Like all great novelists, Beatty raises rather than answers these questions in The Sellout. His novel, along with other works of literature, may yield more insight into the psychology of the populist supporter than any social science report. As minorities, they lack the numerical power to vote for their populist leader but their experience of resentment provides us a window into the mindset of a populist voter. If we want to really understand the psychology of the Trump voter, we ironically should start with the fictional portrayals of the minority experience in America. This does mean we should end there – as I have argued elsewhere here I believe that identity politics is toxic for our liberal democracy and instead we should cultivate a common civic culture for all our citizens – but it is the first step to understand why people are resentful and what we can do, if anything, to ameliorate it.

Also see “Sorting Out Who We Are,” “What’s the Matter with the Left,” “The Collapse of Christian America,” and “The Wipe Out of the White Working Class.”

Seamus Heaney and the Metaxological Narrative

Rediscovering Liberalism: A Review of Larry Siedentop’s Inventing the Individual