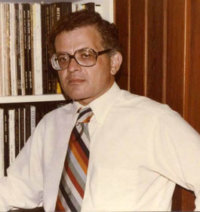 In the past couple of essays, I have looked at Leo Strauss and Harvey Mansfield as teachers in a climate of positivism, relativism, and academic mediocrity. In this essay, I will explore Stanley Rosen, as described by Nalin Ranasinghe in Teaching in an Age of Ideology. What we will discover is that Rosen shares many of the traits that are common among teachers who resist ideological thinking and consequently have a deep and lasting impact upon their students.

Profoundly influenced by Leo Strauss, Rosen attended virtually every meeting of Strauss’ seminars over the five years that he had spent has a graduate student at the University of Chicago. After he had completed his dissertation under Strauss, Rosen continued to correspond and visit his mentor and eventually became an established authority on Plato. Like his teacher, Rosen became an outstanding teacher who inspired and encouraged his own students to pursue their paths of philosophical inquiry.

Although Rosen felt indebted to Strauss for recusing him from philosophical nihilism, he disagreed with Strauss on such issues as esotericism and the value of modern political thought.  Whereas Strauss saw antiquity as a source of noble pessimism, Rosen believed that it instead provided a space where Platonic eros could flourish. In spite of this and other differences, both Strauss and Rosen fought against the nihilism they perceived in the works of Heidegger and others that had infected the modern world.

Like Harvey Mansfield, Rosen spoke to his students in an accessible language that was reflective of philosophical inquiry they were pursuing: he avoided both jargon and simplification of the subject that he was teaching. He dragged students out of the cave of sloganeering so they could think and speak in ordinary language. For Rosen, philosophy was not merely a logical thought puzzle to be figured out apart from everyday existence; rather, philosophy, the life of reason, was to be a guide for human life as it was lived. In other words, philosophy was an existential orientation of the soul towards the true, the beautiful and the good.

The philosophical nihilism to which Rosen was opposed manifested itself in many ideological forms, such as fascism and communism. The role of the teacher is to enable the student to not only protect himself or herself from mindless fads and fashions, but to seek the good life within this ideological climate of opinion. What we find in the likes of Strauss, Mansfield, and Rosen is a commitment to this idea of liberal education by asking students to eventually stand on their own feet and by never compromising the standards of excellence in the face of mediocre equality. Whether asking students to decipher puzzling passages, or speaking slightly over their heads, or making the connection between life and theory, these teachers demonstrate to us how one can preserve and pass down the tradition of the true, the beautiful, and the good in an age of ideology.


This essay was originally published in The Imaginative Conservative on August 9, 2013.

Being Human in a Digital Age of Light and Darkness

The Comedian vs. The Smart Phone

Historical Consciousness and The Roman Road