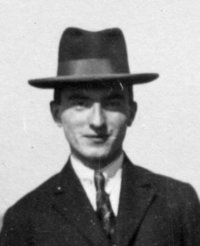 In my last essay about teaching in an age of ideology, I proposed that one needs to illuminate to students about how to live according to the true, the beautiful, and the good.  Now what exactly constitutes these goods has elicited an array of different responses from some of the most prominent thinkers as teachers in this past century. In this essay I would like to look briefly at one of them – Eric Voegelin – as accounted by John von Heyking in Teaching in an Age of Ideology.

Eric Voegelin (1901-85) was an Austrian-American political philosopher whose best known works are New Science of Politics (1952) and his five-volume study of civilizations, Order and History (1956-87). He spent his early career at the University of Vienna but had to immigrate to the United States for published works critical of Nazi race ideology. He taught at Louisiana State University (1942-58) and later spent his career in Munich and Stanford University.

In his chapter on Eric Voegelin, John von Heyking writes that Voegelin’s understanding of teaching drew directly from Plato’s description of it as the “art of periagoge”: the turning of the person from focusing on transient and temporal goods to eternal and permanent ones. However, periagoge is not a religious or mystical conversion per se but rather a heightened awareness and openness to all reality that emanates from the true, the beautiful, and the good. The teacher’s role is to help turn the student’s soul to the true, the beautiful, and the good, although the teacher ultimately cannot do it for the student: the student must be able see these things for himself.

As a teacher Voegelin began the task of periagoge by starting with a student’s common sense – his experiences of the common world and the ability to reflect upon them – in order to lead him to an explicit noesis, a theoretical reasoning that was clear of ideological thinking. Ideological thinkers, such as Marx, sought to fundamentally transform reality by claiming to master history and thereby deny our role as questioners. By contrast, the noetic thinker repudiates the possibility of a fundamental transformation of reality. Because we will always have an imperfect understanding of reality and consequently our place in it, we will never reach a point where we know the totality of reality and therefore cease to be questioners. We will always continue to ask the question why.

Thus, teaching for Voegelin was not the insertion and playback of knowledge by students but rather the elicitation of eros within their souls. It was the cultivation of desire to see reality in all its dimensions for oneself. Of course, this entails risk, for students may mistake relativism for the true, nihilism for the beautiful, and ideology for the good; and the benefits of success are not apparent to either the modern mind that demand absolute certainty or a culture characterized by consumption and production. Yet this is the nature of our condition and what we aim to transpire between teacher and student. The student desires to step outside of his state of uncertainty and the teacher shows him that it is a condition not from which to escape but rather to embrace, for the true, the beautiful, and the good are what we long for – and what we hope for – in our life. To do otherwise is to engage in ideological thinking.

This essay was originally published in The Imaginative Conservative on January 6, 2013.