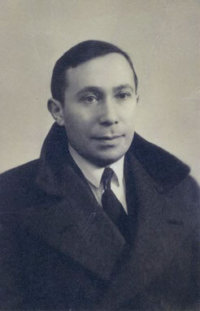 So far I have examined a set of thinkers that could be classified in the same school of thought as “Voegelinian”: Eric Voegelin, Ellis Sandoz, Gerhart Niemeyer, and John H. Hallowell. In their different styles and approaches to teaching, each of them sought to show their students the true, the beautiful, and the good in a manner devoid of ideological thinking. Eric Voegelin invoked eros in his students to lead them from a common sense understanding of the world to a theoretical one; Ellis Sandoz began with the student’s own experience of reality as a reference point to validate the claims of the thinkers they were studying; Gerhart Niemeyer demanded clarity in thought and in prose from his students in their mutual “wondering questioning”; and John H. Hallowell saw teaching as his first professional priority, asking students to think for themselves, even if it meant challenging the professor in the classroom as long as the students could present sound reasons. In each of these cases, and in their different ways, these thinkers became the incarnation of what they taught in seeking to understand and to convey the true, the beautiful, and the good.

I want to turn next to a different school of thought, the Straussian School, and look at Leo Strauss and two of his more prominent students, Stanley Rosen and Harvey Mansfield, as teachers. What we discover is the same spirit of openness to the true, the beautiful, and the good, as we have found in our previous thinkers. Although these two schools of thought differ on the nature and relationship of faith and reason and how one should interpret classical texts, they both subscribe to the belief that teaching at its core should be non-ideological in nature. In this sense, they share a common purpose in the classroom to teach rather than indoctrinate students.

Leo Strauss (1899-1973) was an émigré from Germany, driven into exile in the 1930s because he was a Jew. He received his doctorate at the University of Hamburg and taught at several places before settling down at the University of Chicago where he taught several students who achieved subsequent success in the American academy. As a teacher, Strauss was a staunch defender of liberal education, specifically of the Great Books, because the studying of those who are of greater minds than we are will push us into philosophy, to think and contemplate about the true, the beautiful, and the good. When we engage in philosophy, we become aware of “the dignity of the mind . . . the true ground of the dignity of man and therewith the goodness of the world.” In other words, contact with the great minds of the past leads us to a place where we can understand the true, the beautiful, and the good.

In his chapter about Strauss in Teaching in an Age of Ideology, Michael Zuckert writes that Strauss never turned away anyone from his seminars, which often were filled beyond capacity. In his seminars Strauss taught only one text – whether a Platonic dialogue, a treatise by Nietzsche, or a work by Kant – and ran his seminars in a hybrid Germanic-American style with students reading their papers followed by on spot commentary by Strauss with gentle but firm criticism. After this exercise, Strauss would turn to a systemic treatment of the assigned reading for that day, although he also would engage in a more American discussion centered format. And although he commanded great authority in the classroom, Strauss encouraged students to contribute to decipher passages that were puzzling.

For Strauss, the great obstacle to liberal education was the conception of philosophy not as a path to the true, the beautiful, and the good but rather as an instrument of power and a type of technology to advance non-moral goods. This reconceptualization of philosophy transpired with the rise and dominance of modern science with its positivism of values and specialization of knowledge. The inability of science to produce a rational knowledge of values and the specialization of knowledge creates individuals who know more about less, leading us into a landscape where a vision of the common good is absent, was for Strauss the crisis of our times. These characteristics of science – its ability to master nature and refrain from moral judgment – was particularly attractive to modern democracies with its emphasis on equality in all facets of our life.

Liberal education is a possible antidote to the narrowness of specialization and aimlessness of positivism, although Strauss was not very optimistic that this type of education existed in the American university, as they were dominated by the very intellectuals that needed to be countered. Nevertheless, the Great Books are particularly adept at both broadening and deepening our perspective in an age of science and democracy. This is ultimately the value of such an education, as Strauss himself knew, warning us of any delusions that we could deprive any practical utility from studying the Great Books. Instead of utility we learn the true, the beautiful, and the good; and by learning about them, we in turn find dignity in ourselves and in others.


This essay was originally published in The Imaginative Conservative on April 3, 2013.