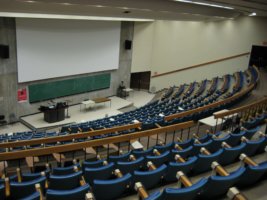 In the past several essays, I have reviewed some of the twentieth and twentieth-first century great thinkers as teachers: Eric Voegelin, Ellis Sandoz, Gerhart Niemeyer, John H. Hallowell, Leo Strauss, Harvey Mansfield, and Stanley Rosen. Although these thinkers disagreed with one another in their scholarship from time to time, they all were committed to teaching the true, the beautiful, and the good in their classroom. They sought to replace genuine thinking for ideological dogma and doctrine in the hope that students would be able to determine for themselves what the good life was.

In spite of their different styles of teaching, all these thinkers were the incarnation of their search for the true, the beautiful, and the good and conveyed this search in an accessible language to their students. Obscurity, ambiguity, equivocalness were shunned in favor of clarity, precision, and transparency. The lucidity of language not only revealed a luminous intelligibility in the examination of texts but also a thinking devoid of ideological cant that has come to characterized the contemporary university classroom. The clearing of ideological rubble required clarity in both thought and speech which all these teachers exhibited.

If lucidity was required for good teaching, then trusting one’s student was even more critical, for without trusting students to be able to make decisions for themselves, the teacher was merely passing down ideological dogma and doctrine rather than pushing them onto a quest of wondering questioning for the true, the beautiful, and the good. All these teachers in their different ways trusted their students to be able to think and make decisions for themselves: whether questioning a professor’s claim, striving for excellence, or encouraging them to take responsibility for their own lives in what those lives should mean. Recognizing that ideology does the opposite – infantilizing instead of asking the students to think for themselves – these teachers trusted that their students would eventually find the true, the beautiful, and the good, and learn how to incorporate these them into their own lives.

Besides clarity and trust, appeals to the experiences of students as a starting point of their education was another common feature among these teachers. Instead of portraying themselves as masters of esoteric knowledge or gurus of enlightenment, these teachers asked students to reflect upon their own experiences as a reference point to validate the claims made by the thinkers they were studying. Students consequently became aware – and motivated – why they were pursuing the true, the beautiful, and the good; and once this realization sank in, students then can be willing to be guided towards theoretical reasoning about these matters.

By contrast, ideologues preach that the students’ experience of the world was one of false consciousness that required liberation which only the ideologue knew. Students’ experience of the world to this point has been distorted and not to be trusted, including those experiences of the true, the beautiful, and the good. What was required was to be instructed in the often obscure language of what truly matters rather than to be lucid, transparent, and trust students to discover these things for themselves.

Finally authenticity and humility were crucial for these teachers’ success in the classroom. While these teachers deeply believed in what they were teaching, they balanced their beliefs against the absolute certainty that characterizes ideologues. This balancing act between deeply-held convictions and a vulnerability to be proven wrong has been exhibited by these teachers which their students both recognized and appreciated in a climate of ideological indoctrination, for the ideologue was never wrong (or, equally important, never to be shown wrong). The reason why these teachers have their convictions is because they were willing to risk them, to be proven wrong, semester after semester in the classroom. Thus, their authenticity came from their humility in testing their beliefs every time they entered the classroom.

Broadening and opening students’ souls rather than narrowing and constricting them was the goal of these teachers. These qualities of lucidity, trust, authenticity, humility, and appealing to students’ common experiences were some of the key features that these teachers shared in leading their students to the true, the beautiful, and the good in an age of ideology. Of course, how these qualities manifested themselves depended upon the peculiar personalities of these teachers and the particular students with whom they interacted.

For all teaching – all good teaching – is not an abstract activity that is typical of ideological thinking but a particular act between teacher and students in a particular setting. It cannot be replicated in slogans and posturing; in fact, it cannot be replicated ever, for every act of teaching is a new act created and lost once transpired. If ideological thinking is based on the memorization and recitation of dogma and doctrine, then genuine teaching is rooted in wonder, trust, and hope that students will mature on their own. As these past teachers have shown, genuine teaching is a risk that rests on a prayer that the true, the beautiful, and the good will reveal itself, if ever so briefly, in the exchange between student and teacher.


This essay was originally published in The Imaginative Conservative on August 9, 2013.