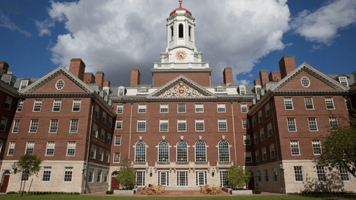 What does it mean to teach in an age of ideology?

At first glance, especially for conservatives, the answer appears to be obvious: to advocate for conservative ideas and principles against the prevailing ideologies of relativism, feminism, multiculturalism, and other “politically correct” dogmas that dominate the institutions of American higher education today. Alternatively, if you teach at an institution that is already conservative, or at least amendable to conservatism, then the ideological obstacles that plague most colleges and universities would seemed to be cleared, allowing professors to teach conservative ideas and principles without fear of retort or reprisal. Teaching therefore seems to be engaged in the “battle of ideas” with the hope that one set will prevail over another.

However, both of these approaches – whether teaching against certain ideologies or endorsing them – are flawed because they are fundamentally the same. Both types of teaching are ideological in nature, for genuine teaching is neither promoting nor degenerating certain pre-determined perspectives but rather the attempt to cultivate wonder in the student in the hope of turning their souls to the true, the beautiful, and the good. Plato’s Socrates called this activity periagoge, where one experiences a conversion in wonder to pursue truth. Teaching is not the student’s reception of doctrine, whether conservative or otherwise, but the attempt to pass the embodied experience of wonder, where the teacher’s presence becomes as important as the ideas that he or she is communicating.

For teaching transpires in a particular context of personalities and not, as the contemporary literature on pedagogy proclaims, the transfer of abstract “best practices” that supposedly can be implement anywhere, anytime, and to any type of student. The Socratic approach consequently has to be tailored to the particular person whom Socrates is addressing, trying to probe pass their fears, desires, and passions to reach their underlying ontological core to prompt the experience of wonder. This is not to neglect the need to cultivate rudimental skills, like good writing or clear thinking, but they ultimately should be subordinate to the experience of periagoge.

Now conservative teachers are correct in that the true, the beautiful, and the good exist, or at least we must have faith in their existence, in order for periagoge to be possible. The danger they confront is when this postulate becomes ossified into dogma and doctrine, devoid of any experiential relevance to the student. In this sense, liberal teachers have a special role in the university by their constant scrutiny and questioning of accepted truths. But when they verge off the path of shared reason to the trails of nihilism, relativism, and solipsism, they do more harm than good, resembling the sophists of Greek antiquity. Teachers must avoid both the Scylla of dogmatic thinking and Charybdis of nihilism if they wish to do right by their students.

Teaching at its most fundamental is not to reject or endorse ideological thought but to illuminate how to live according to the true, the beautiful, and the good. Now what constitutes the true, the beautiful, and the good is a question that teachers have argued over since the time of Socrates. In my next few essays, I will look at various visions of the good, the beautiful, and the true by some of the most prominent teachers and thinkers in the twentieth century. How they conceive of ideology, how should it be overcome, and how can we discover a sense of wonder are the questions that these teachers had explored in their own lifetimes and passed down to their students.

This essay was originally published in The Imaginative Conservative on December 22, 2012.